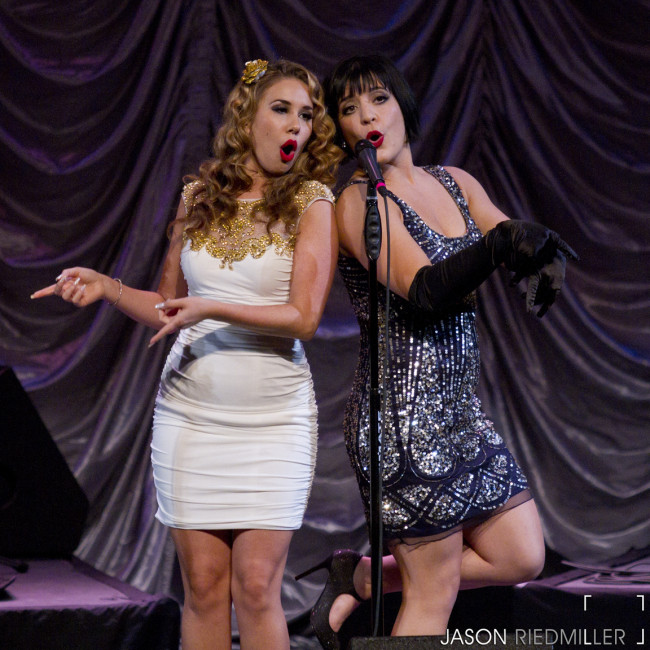 What happens when you combine about a dozen superbly talented musicians, some of the biggest pop hits from the last three decades rearranged as jazz and doo-wop standards, and one of the dopest hype men to pick up a tambourine in years?

If you ask the nearly 900 people that saw them perform at Lackawanna College in Scranton, you get Saturday night’s Postmodern Jukebox set in Scranton. The show on Nov. 7 was the second in the college’s 2015-16 Community Concerts season and the sixth stop in PMJ’s 2015 tour.

Admittedly, one would rightfully be skeptical about how a YouTube sensation that remodels the pop hits of today in the musical styles of yesteryear would translate into a live concert, but the results are outstanding. The collective social media force of the group and its passionate fans who know individual performers by name is a power to be reckoned with both on and off stage.

Opening with a rendition of Iggy Azalea’s “Fancy” belted by cast members LaVance Colley, Joey Cook, Aubrey Logan, Haley Reinhart, and Von Smith, the Jazz Age-style cover quickly informed audiences what the remainder of the night would include – memorable tunes from the radio but performed with the talent required to make it through Scranton in its theatrical heyday. 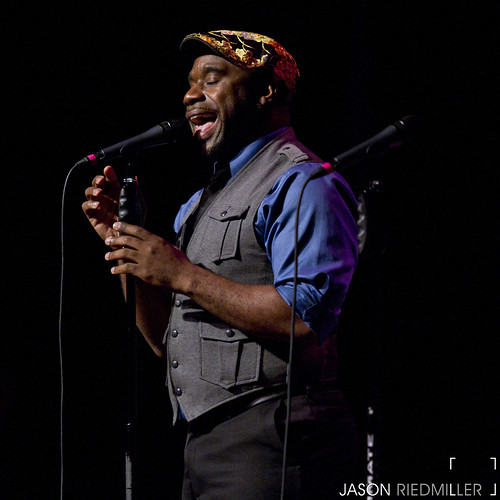 Colley, who also served as emcee for the evening, summed it up best when he told the near-capacity crowd that the evening would transport them back to a time when “all text messages were sent by telegraph, cameras had their own natural Instagram filters built in, and auto-tune meant that you actually had to be able to sing.”

One by one, each of the principal performers got a chance in the spotlight – Joey Cook nailing a smokey cover of Britney Spears’ “Womanizer,” Smith with a fun sock hop-style rendition of “Rude” by MAGIC!, Logan’s take-down-the-house performance of Lady Gaga’s “Bad Romance” revisiting the Jazz Age, and Reinhart’s seductive and slow delivery of Spears’ “Oops!… I Did It Again” – before the ladies collaborated on a version of Ellie Goulding’s “Burn” that far surpassed the source material.

All the while, band members including “sax guy” Ben Golder-Novick, upright bassist Adam Kubota, and the appropriately named musical director/pianist Todd Schroeder exchanged laughs and glances hallmarked by drummer Chip Thomas’ devilish grin. The band knew they came to bring down the house with each new number, and they had a blast doing it. 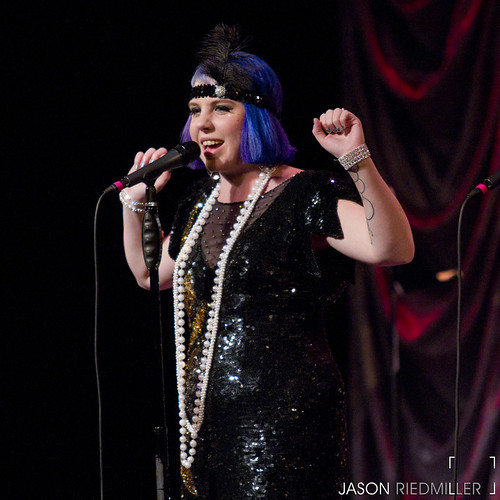 Cook was left on stage for a solo performance following “Burn,” coyfully playing at how nervous she was.

“You got this!” a random audience member shouted, echoing what many in attendance also felt and prompting a swift return of her confidence. She performed on both a ukulele and an accordion to add depth and even more talent to “Hey There Delilah,” the song made popular by the Plain White T’s.

Smith returned to absolutely destroy a bluesy rendition of Guns N’ Roses’ “Sweet Child O’ Mine,” with a vocal range seconded only by Colley’s later performance of the Beyoncé hit “Halo.”

The talents of the musicians were wonderfully complemented by tap performances by the dynamite Sarah Reich. She received plenty of attention during a tap medley set to rearranged “Star Wars” soundtrack highlights like “The Imperial March” and the Mos Eisley Cantina theme and during a battle of the beats with Thomas. 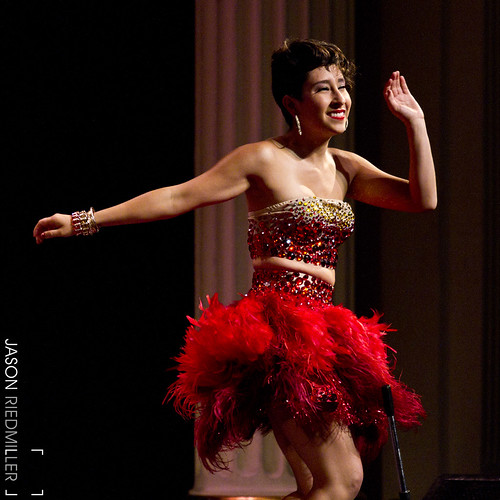 And who could forget hype man Tim Kubart? Not since Ben Carr of The Mighty Mighty Bosstones have I wanted to quit my job and join a band for the sole purpose of amping up an audience. Kubart slammed – not kidding, slammed – his tambourine off of nearly every part of himself that he could each time he took to the stage.

During the group’s take on Taylor Swift’s already-catchy “Shake It Off,” Kubart also brought Lackawanna College student Isaac Michael Charleson on stage to further ramp up the importance of the tambourine on stage. (Chalk that last note up to “things I never thought I’d write.”)

“Shake It Off” got the all-ages audience on their feet and kept them there. After concluding with an all-cast performance of a nearly unrecognizable yet incredibly delightful arrangement of “Such Great Heights” done in the style of The Jackson 5 as opposed to The Postal Service, the band returned for an encore that combined the classic tune “As Time Goes By” with The Strokes’ “Someday.”

Postmodern Jukebox continues the East Coast leg of their tour with the following stops:

The tour then wraps around the country, concluding with four dates in Las Vegas, Nevada from Dec. 30-Jan. 2, 2016. 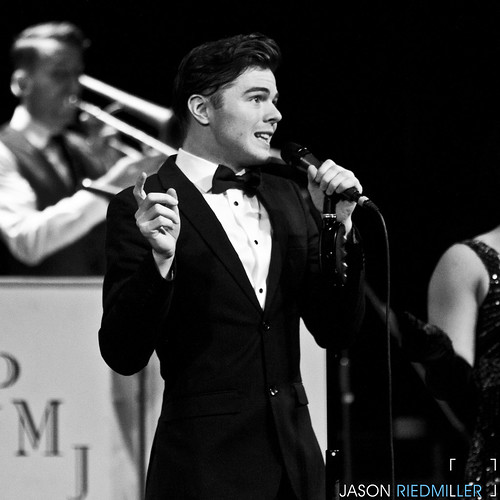 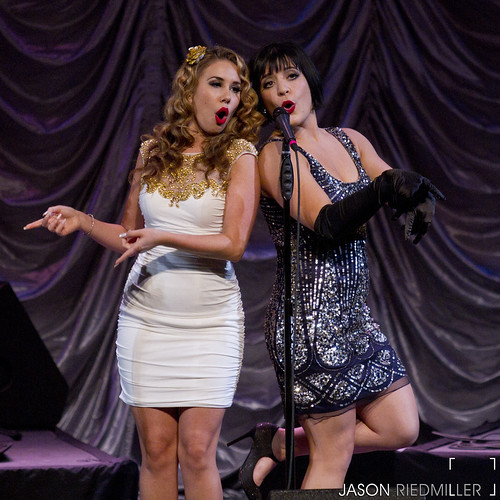 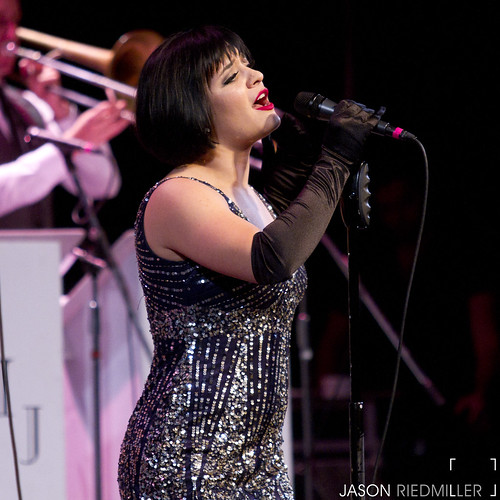 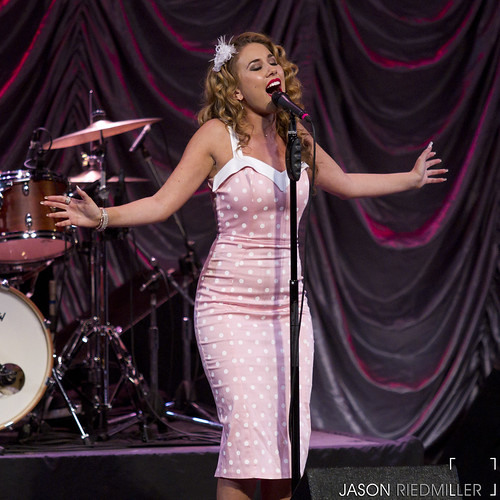 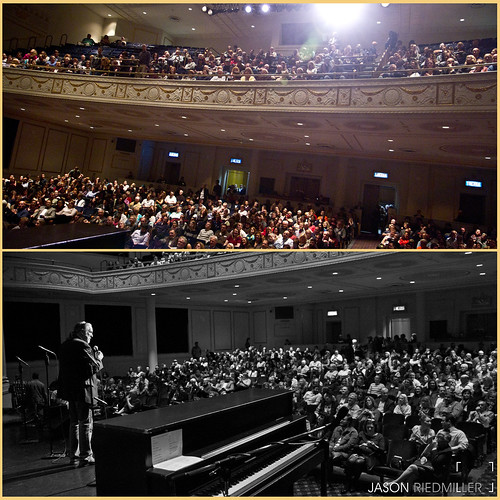 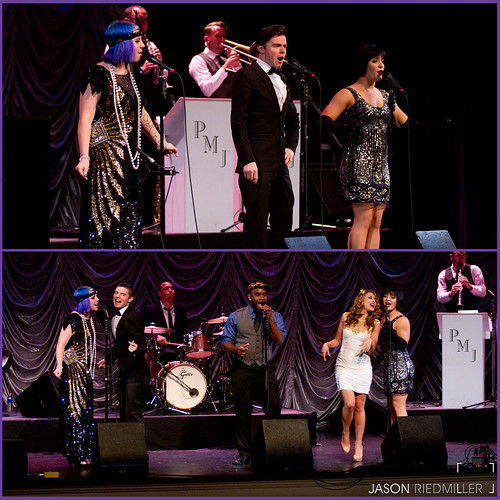 Closer to home, Community Concerts’ season continues on Thursday, Dec. 17 with “Danú: A Christmas Gathering,” featuring the acclaimed Irish ensemble. Tickets are $30-$35 and may be purchased online at ticketfly.com. For more information on the Community Concerts series, visit lackawanna.edu/communityconcerts.

Editor’s note: Chris Hughes is a NEPA Scene writer and an employee of Lackawanna College.