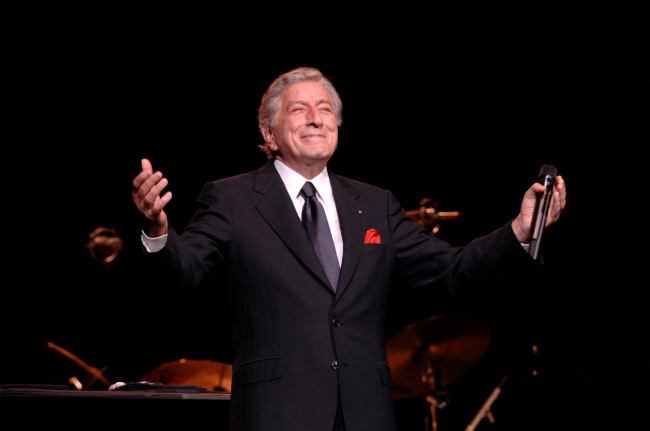 No one else in popular American music has recorded for so long and at such a high level of excellence as Tony Bennett. In the last 10 years alone, he has sold 10 million records.

With millions of records sold worldwide and platinum and gold albums to his credit, Bennett has received seventeen Grammy Awards. His initial successes came via a string of Columbia singles in the early 1950s, including such chart-toppers as “Because of You,” “Rags to Riches,” and a remake of Hank Williams’ “Cold, Cold Heart.” He had 24 songs in the Top 40, including “I Wanna Be Around,” “The Good Life,” “Who Can I Turn to (When Nobody Needs Me),” and his signature song, “I Left My Heart in San Francisco,” which garnered him two Grammy Awards.

In 1995, he received yet another Grammy for Record of the Year for his “MTV Unplugged” CD, which introduced this American master to a whole new generation – and the Grammy Lifetime Award. His 2007 primetime special, “Tony Bennett: An American Classic,” won seven Emmy Awards.

Bennett is one of a handful of artists to have new albums charting in the ’50s, ’60s, ’70s, ’80s, ’90s, and now in the first two decades of the 21st century. Working with artists from Paul McCartney, Elton John, Barbra Streisand, Bono, Michael Bublé, Aretha Franklin, Josh Groban to Lady Gaga, John Mayer, and Amy Winehouse, Bennett’s artistry and popularity is higher than ever in the new millennium. He became a Kennedy Center Honoree in 2005, was named an NEA Jazz Master in January of 2006, and earned a Citizen of the World award from the United Nations and a Billboard Magazine Century Award in honor of his outstanding contributions to music.

Today, Bennett’s artistry and accomplishments are applauded here at home and all over the world from people 12-90 years old. He has introduced a multitude of songs into the Great American Songbook that have since become standards for pop music. He truly is a living legend.