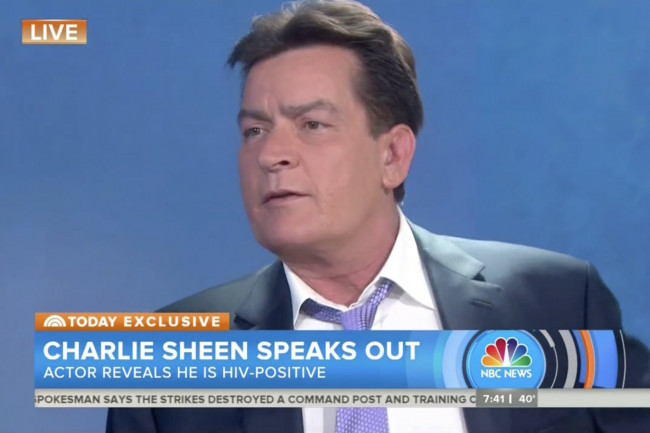 I remember the first time I heard of AIDS. It was some documentary my parents were watching, something about a woman who was dying of a disease doctors knew very little about, back in the late ‘80s. I asked my mom what had happened, and she told that the woman lost her immune system, and that meant that even the flu could kill her. I went outside to sit on the swing set and thought about it for a good while. It seemed pretty grim.

I couldn’t have been more than 10, maybe younger, at the time. My grandmother had recently died of lung cancer in her early 50s, and I really didn’t think there was anything that could have been worse than that. Cancer, then, was a death sentence. You get cancer, you die. That’s it. How could anything be worse than that?

I remember sitting in health class, sometime around 1991-92, when a teacher rolled a TV in to show us something important. It was about HIV/AIDS. It was about Earvin “Magic” Johnson. He had announced that he had tested positive for HIV on Nov. 7, 1991. It was big news; an epidemic that almost no one really talked about had struck a celebrity. Suddenly, a household name that almost everyone knew had this life-changing, life-threatening illness. I wasn’t into sports or basketball, so I had no idea who he was, but I knew afterwards. I knew because of the jokes people told (a lot that went over my head, admittedly), and I knew because of the constant barrage of literature, TV specials, news stories, and documentaries. We were warned, again and again, “Don’t end up like Magic Johnson! Use a condom! Protect yourself!”

It was like AIDS was everywhere, and we absolutely needed to be aware of it because we could catch it at any time. Like cancer, HIV/AIDS sounded like a death sentence. You get AIDS, you die. That’s it. To me, at the time, I started to see how something could be worse than cancer because it’s an infectious disease – not like cancer, not like something “you just get.” You have to come in contact with someone who has it to get it. And who were we told most definitely had HIV/AIDS? The LGBTQ+ community. Although, gay men, mostly. Gay men definitely had it… according to some folks, and TV shows, movies, pamphlets, church sermons, etc., etc.

Paranoia, fear, panic… it stigmatized the LGBT community, scarred it deeply and pushed it back into the dark ages in terms of acceptance. Not to mention the huge, mounting loss of life that echoed ancient references to bubonic plague, the “end times,” and the literal Dark Ages. But then, over the years, attitudes shifted, and most of that went away.

If anything, the reaction to HIV/AIDS sparked a larger discussion about homosexuality, acceptance, and rights. It humanized a very marginalized people and forced us to think in different terms, despite the fact that it was not ever something exclusive to the homosexual population. Anyone can catch it; it’s transmitted through bodily fluids, and we still don’t have a cure. And it’s still out there.

Here we are, November 2015, some 24 years since Magic Johnson’s announcement, and a new celebrity is in the news. Charlie Sheen, a man who has never shied away from the spotlight, has come forward with the truth that he is HIV-positive. And all of a sudden, HIV/AIDS is in the news again. But this time, not as “gay cancer” or “the gay plague,” but more a symbol of decadence and a careless lifestyle of casual sex. And, oh, the jokes… because having a deadly disease on top of mental illness is just so hilarious!

There’s nothing wrong with a lifestyle of casual, consensual sex. Whether you’re in a monogamous relationship, an open relationship, are polyamorous, or just enjoy hooking up for anonymous sex, there’s no reason to “slut shame” a person or act like it’s any less healthy just because you maybe don’t agree with it. All I’m saying is play it safe. Use protection.

Maybe we forgot about the horrific toll on human life the AIDS crisis took – and still takes in countries around the world. We have new drugs to help stop HIV from becoming AIDS, and we have drugs to help manage the symptoms and other deadly effects. We even have drugs to stop HIV from infecting people in the first place. And we’ve always had condoms, if people would choose to use them. They’re not 100 percent effective, but it’s better than nothing, and it’s not like HIV is the only infectious sexually transmitted disease out there. But this isn’t a laughing matter. It’s way beyond time to grow up and approach the topic of sexuality from a modern perspective.

If talking about HIV/AIDS, STDs, and sex in general makes you squeamish, then it’s time to reconsider whether you’re actually ready for sex. Talk to your partner; it might not be as exciting as typical conversation, but at least you have some idea of who they’ve been with. And while we’re at it, let’s talk about consent. Let’s make sure each member of the party is prepared for what’s about to happen, understands the consequences, and is willing to take part. No means no, and even a yes can become a no – make sure you each understand that. Educate yourself about Truvada (a.k.a. PReP), a powerful drug that has been proven to help block HIV from infecting a host. Use it, wear a condom, and practice safe sex.

Because living your truth isn’t about taking unnecessary risks.