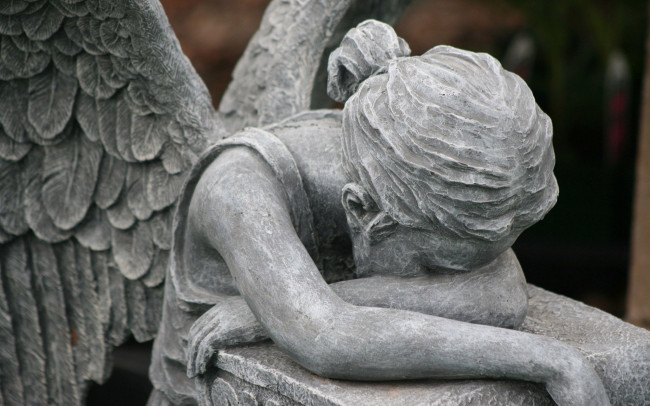 “Day” in Hebrew is a word that means “enough.” The suffix “-enu” means “to us.” When put together, “dayenu” is a word that means, roughly, “it would have been enough for us,” as in the song “Dayenu,” a Passover song over a thousand years old. The song is like a prayer to God in gratitude of the things he has given us, continually. It’s a way of saying, “One blessing would have been enough, but you gave us so much more.” It reminds us to be grateful, mindful, and humble.

On Nov. 22, I discovered that a very good friend of mine had passed away. She was a beautiful woman whom I will always remember because of her smile. She smiled so much. I had a huge crush on her all through high school, and though I never told her, we ended up being just very good friends long after we graduated. In fact, the last time I saw her was in March of 2015, when we were at a grocery store where she worked. I was with my mom, buying food to be served at the family gathering following my father’s funeral. It was a tough time, and she showed us such sympathy. That’s how she was – always there for a friend.

I knew that she had some trouble in high school. I never got the full details, and I was too polite to ask, but… I just knew that something had happened to her. For me to know that she was alive and well, living her life nearly 20 years later, it gave me some comfort in a world that can so often be cruel. As long as the light had not gone from her eyes, I knew I could be OK if she was OK. She was always so willing to help friends… and yet, I don’t know where they were on the night of Oct. 28. I know where I was, and if I had known what she was going through, I would have raced to help her. But the truth is, I don’t know what happened, what hurt her, or anything that could have indicated something was wrong. All I know is, something very dark had taken hold of her, and now it had finally succeeded in taking her away.

What I’m told is that she hung herself. It haunts me to know that. It destroys me, utterly. Such a kind and beautiful soul – why did she do this? What was so bad that this was her only release? What kind of pain couldn’t she endure that made this necessary? It was always my worst fear that she would choose this path, and now it had come true. At a time when I found myself struggling through an existential crisis, so was she. Only she didn’t escape the depression.

The morning I found out, I sat alone in my apartment and cried. I cried for hours. I cried myself to sleep and woke up some time later, still crying. It was the most helpless, lonely feeling I’ve known. And perhaps the worst part was that it had happened nearly a month before anyone had told me. I don’t know how there could have been such a severe breakdown in communication, but no one told me. Nearly a week later, I’ve asked several mutual friends who still have not talked to me. I may never know what truly happened.

Eventually, I finally felt stable enough to face the remainder of the day. I decided to turn that pain into strength. After my own battle with depression and thoughts of suicide, I knew I needed to pick myself up and use that pain to motivate myself to do something good in the future. I decided, in honor of her memory, I would continue and fight to make a difference in other’s lives more than ever. I cleaned myself up and got ready to go out for the evening.

I had plans to meet with another very good friend who was going to be in NEPA for the day and wanted to hang out with me. She said that she wanted to see me because she missed me, so as awful and terrible as I felt, I drove out to meet her without hesitation.

We were supposed to meet at the Mall at Steamtown following her appointment but, somehow, she had managed to lock herself out of her truck somewhere in Throop. When she finally called and told me that she was stranded, knowing that the temperature was dropping quickly, I flew like the wind. Hell couldn’t hold me back. A friend needed me, and I’d be damned if I didn’t get there to rescue her.

As we sat in my car for two hours calling half a dozen tow truck services to find one that would drive out to Throop on a Sunday evening, finally, one said they’d be right there. As we waited, I found a copy of the Temple Hesed Informal Shabbat Service pamphlet, which another friend accidentally left in my car. It contains poems, songs, and other lessons in Hebrew about the traditions of the service, and one song, one song that my friend noticed right away, had a name very similar to hers. It was the song “Dayenu.” We laughed it off as just a coincidence, something cute we discovered while passing the time but, as we soon learned, there was something almost supernatural going on that night.

The friend I met with was Daye Lily Pope, the transgender rights organizer for Equality Pennsylvania; I’ve mentioned her in several previous articles. Most notably, she was the friend I traveled with to Pittsburgh for the TransPride Pittsburgh conference, and although we hardly knew each other then, she’s since become one of my closest friends.

As we waited for the tow truck to arrive, Daye shared with me all of the troubles that she’s been going through the past few weeks, and I told her about the troubles I have been having as well. One of the mutual feelings we kept hitting on was how we each didn’t feel like we were enough; that somehow, no matter what we did, it was never enough to get us where we wanted to be. But we remained positive and hopeful. I reminded her to be mindful and to know that she was enough, and that I was always there for her, and she expressed the same to me. Again, we felt that connection that takes us beyond being merely friends – something familial and sisterly.

As far as I know, Daye is a name that she chose for herself. As most trans people do when we transition, we pick a name that matches our gender. Sometimes we try to find a name that means something special to us; others pick a name that they feel describes who they are. I’m not sure where the name Daye comes from, to be honest, but I know she’s not very religious. And yet, when we discovered what it means in Hebrew after randomly noticing a very similar word in the Temple Hesed booklet – Dayenu, “it would have been enough to us” – that’s when things started to get a lot more spooky. And then came one more happy little coincidence…

When the tow truck finally arrived, the charge to open the door on Daye’s truck came to $75. As soon as the driver told us that he couldn’t accept credit cards, without hesitation, I reached into my purse and pulled out all the cash I had – $26. Plus the $50 that Daye had on hand, it came out to $76 total – more than enough. I didn’t even notice until she pointed it out to me the next day.

It’s Thanksgiving week, 2015, a time to be thankful and grateful for what we have. I find that I have never been more thankful or grateful just to be alive. And for the rest of my life, I promise that I will always remember that at one time, when I was feeling my worst and most worthless, I was able to be more than enough for someone whose chosen name almost literally means “enough.”

As for my other friend, Erin McCloskey, just knowing that you were alive was enough for me. I hope you found the peace you were looking for. 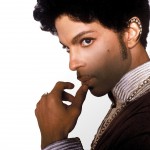 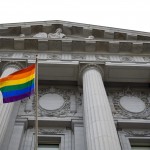