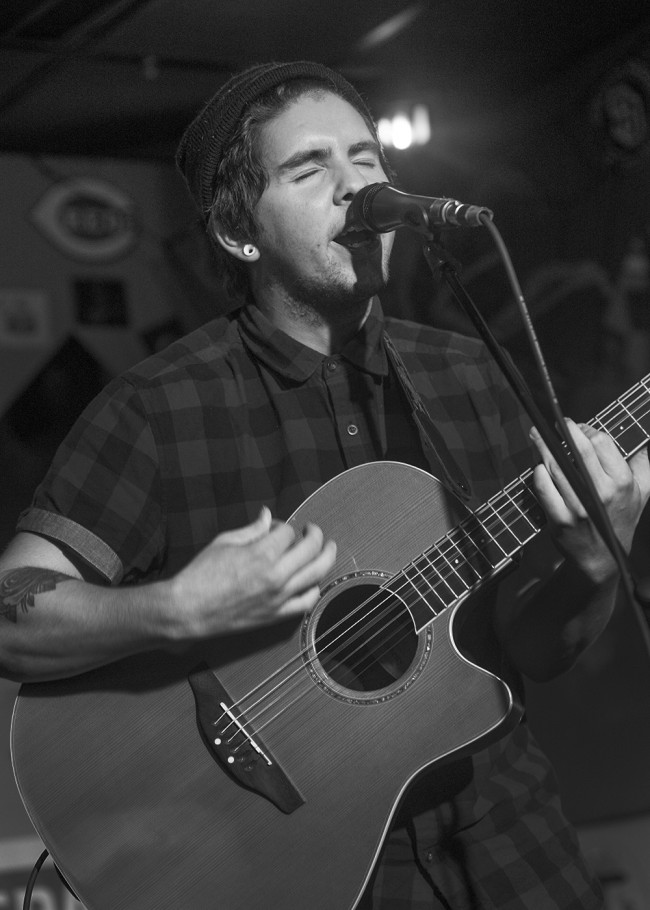 There’s an undeniable passion in the music of James Barrett, so much so that, after finishing the recording of his latest song just last night, he asked NEPA Scene to premiere it exclusively right away, and we were more than happy to oblige today.

The young singer/songwriter from Clarks Summit recorded a demo of “The Window” last fall, but he wanted to re-record it and five other songs professionally for an upcoming solo record, so he started working on them at The Stude at TwentyFiveEight Studios in Scranton in September.

“We split this song up into three sessions and worked on two other songs as well,” Barrett said.

“It’s mainly just about when a relationship or something in life isn’t working, but at the end of the day, no matter what, everything’s going to be fine. I ended the song a positive note.”

It can be streamed for free or downloaded for $1 via Bandcamp:

Barrett started playing bass at about 8 or 9 years old, teaching himself guitar soon after, and by 12, he was writing and singing his own music, later playing in Bad Answers and Shop Local. Now 18, he is the vocalist and guitarist for Emberá and performs with them and as a solo act throughout Northeastern Pennsylvania.

“The Window” will be the first of six songs on his solo EP, which does not yet have a name or release date.

“As a solo artist, I’ve released a lot of demos in the past, but the keyword is ‘demos.’ They never sounded great, so I figured I should go and get something done for real this time,” he explained.

Angelo Maruzzelli of LondonForce recorded and helped produce the track, while Jimmy Reynolds mastered it. Barrett played all the instruments himself with the exception of the piano, which was performed by Maruzzelli.

“Nothing really can compare to this. This is the best sounding acoustic track I’ve ever done,” he emphasized.

“The guys at TwentyFiveEight helped make this sound awesome.”

2 a.m. or in the middle of the day
you’re still not here,
and for that I know I’m not OK
the world is spinning but I’m still stuck here
my car is dead, but so am I
is it the girl or the time of the year?

so I said,
I can’t fall down again
I hate this place
I miss your face and all
now all I see is gray in almost everything I used to love
is this what I’ve become?
October has never scared me numb

so I said,
baby there’s really nothing left
I’ve missed your face
I hate this place and all
now these songs sound the same
and baby I can’t fall down again
this is the lowest that I have ever been
don’t call me unless you’ve grown your own garden

2 a.m. or in the middle of the day
you’re still not here
and for that I know that I’m not OK
the world is spinning,
but I’m alive today