Recently inducted into the Rock and Roll Hall of Fame, Lopez backed Bruce Springsteen from 1968-1974 in several bands and performed on Springsteen’s first two albums, the classics “Greetings from Asbury Park, N.J.” and “The Wild, the Innocent and the E Street Shuffle.”

Nearly 5,500 performances and 35 years later, the B Street Band is still the hardest-working tribute band on the circuit, with almost 200 shows per year throughout the country. Forte and his comrades have performed all over and off the map. There have been parties with Bruce lookalikes; gigs with Clarence Clemons, the late saxophonist in Springsteen’s E Street Band; and opening slots for the Boss’ final shows at the now-demolished Spectrum in Philadelphia, one of his favorite venues. 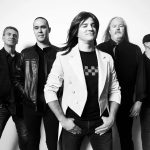 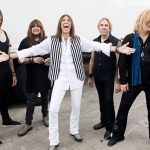