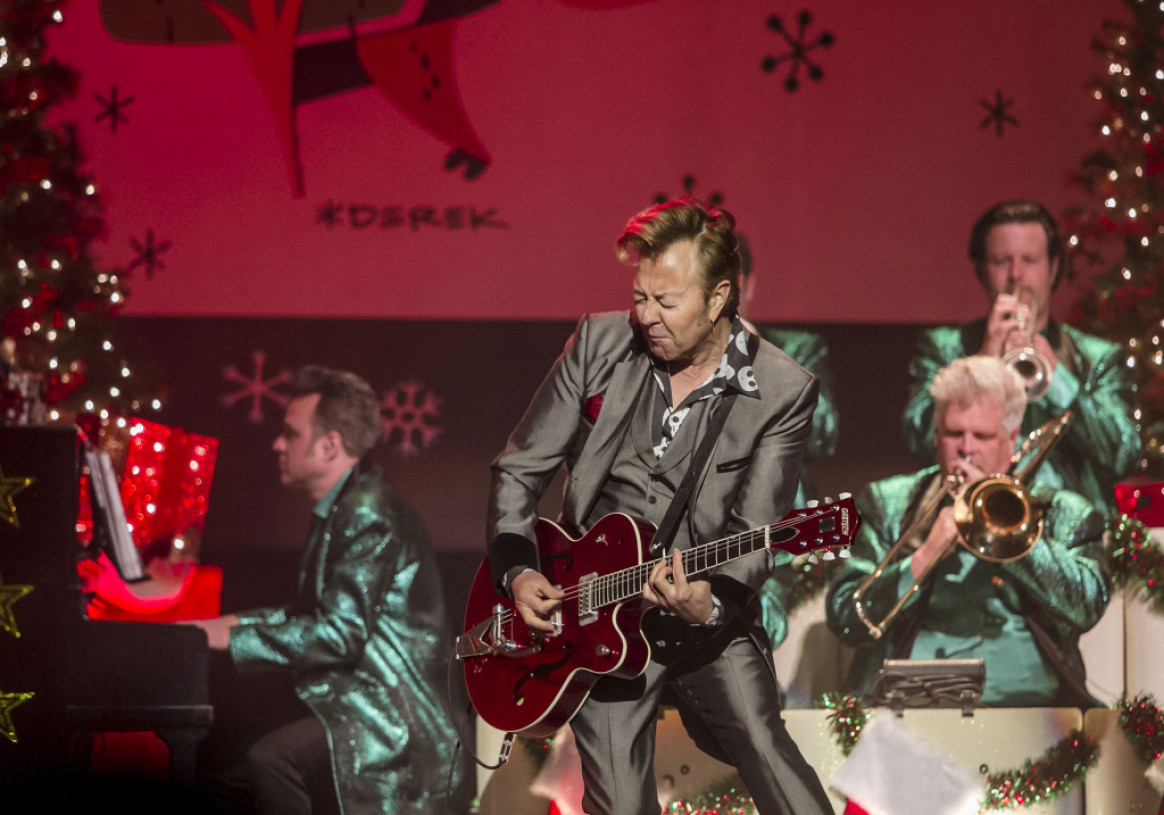 The holiday season in Northeastern Pennsylvania got off to a swinging start on Wednesday, Nov. 25 when the Brian Setzer Orchestra brought its 12th annual “Christmas Rocks!” tour to the F.M. Kirby Center for the Performing Arts in Wilkes-Barre.

The Thanksgiving Eve concert featured a fine mixture of holiday tunes from the big band’s three Christmas discs and rockabilly tunes from Setzer’s days as leader of the Stray Cats. 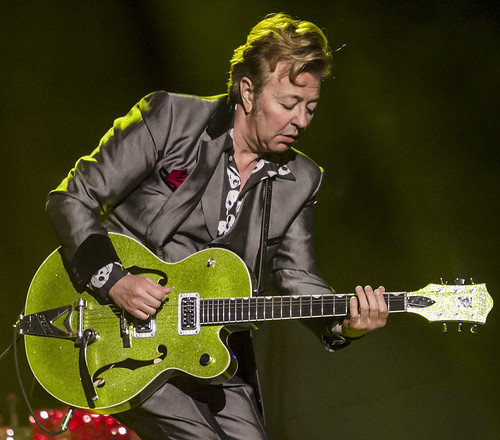 Setzer and his 18-piece collective got things going with a swinging version of “Rockin’ Around the Christmas Tree” from “Rockin’ Rudolph,” the BSO’s most recent album. The group followed with “This Cat’s on a Hot Tin Roof” from 1998’s “The Dirty Boogie.”

Then it was on to a horn-driven update of one of Setzer’s most-famous tunes, “Stray Cat Strut,” which was a No. 3 hit for the Stray Cats in 1982, followed by another holiday tune, “Boogie Woogie Santa Claus,” as Setzer switched from a red Gretsch guitar to a green one.

Setzer and his two female backup singers kept up the momentum with a sultry version of the Stray Cats’ “(She’s) Sexy + 17” before the 56-year-old bandleader switched to an orange Gretsch for “Here Comes Santa Claus.” 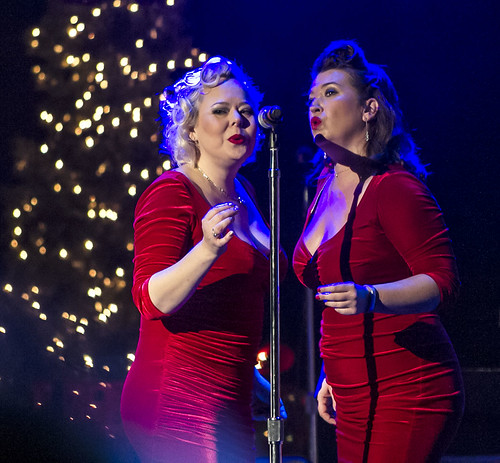 Setzer then dazzled the crowd with his impeccable playing on the instrumental “Sleep Walk” (originally a No. 1 hit for Santo & Johnny in 1959), earning his first standing ovation of the evening.

Up next was an outstanding arrangement of the traditional “Angels We Have Heard on High,” which started as an instrumental, then moved on to a nifty a cappella section before finishing up in all its big-band glory.

Two secular tunes followed, including the BSO’s great arrangement of “Jump, Jive an’ Wail” as a few audience members got up to dance in the aisles.

A stripped-down version of the band moved to the front of the stage for a great take on “Jingle Bell Rock,” then just Setzer, bassist Johnny Hatton, drummer Daniel Glass, and pianist Janick Lafreniere stayed for a smoking hot “Great Balls of Fire.” 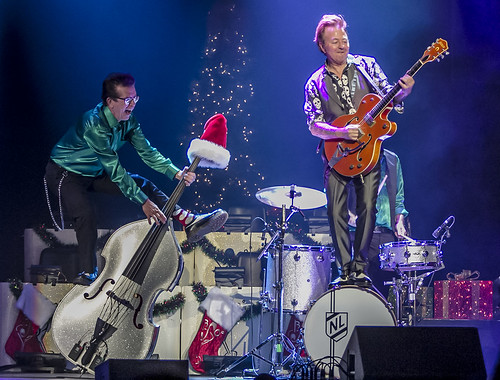 The pianist then left the stage as the remaining trio played an extended version of “Fishnet Stockings,” a Setzer original from the first Stray Cats album, bringing back fond memories of the original trio of Setzer, bassist Lee Rocker, and drummer Slim Jim Phantom.

The BSO wrapped up its 80-minute main set with “Rockabilly Rudolph” from the new album and the Stray Cats’ “Rock This Town.”

Setzer and his cohorts quickly returned to the stage for one of the best encores the area has seen in a long time, starting with “Yabba-Dabba Yuletide,” a seasonal rewrite of the theme from “The Flintstones.”

Then came a jaw-dropping version of “The Nutcracker Suite,” which prompted Setzer to say, “It’s an honor to play in front of such great musicians.”

The show came to a close with the big band playing a swinging “Jingle Bells” as Santa Claus tossed candy canes into the audience.

Tim Lowman, a one-man band billed as Low Volts, opened the show with a 25-minute set mixing seasonal tunes and his own brand of dirty blues and heavy rock and roll. Highlights included his opener “Blue Christmas” and “I Cried My Guts Out,” from his 2011 album “Twist Shake Grind Break.” 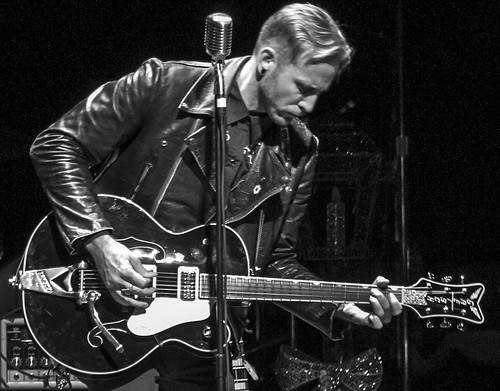 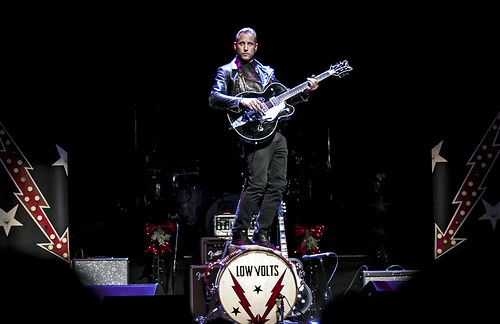 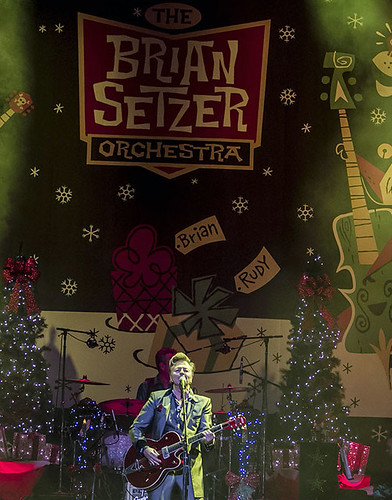 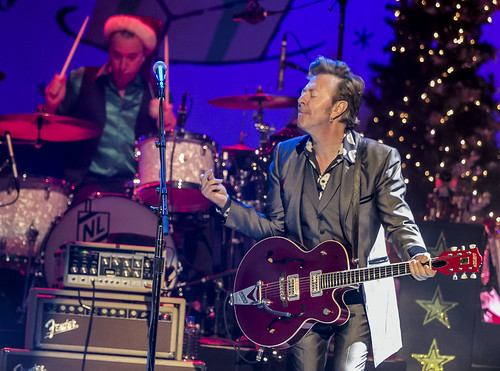 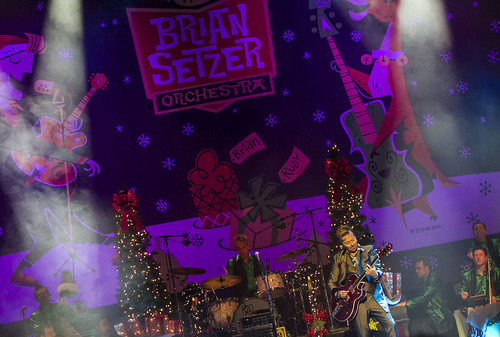 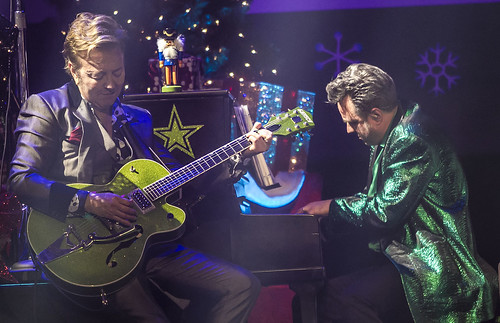 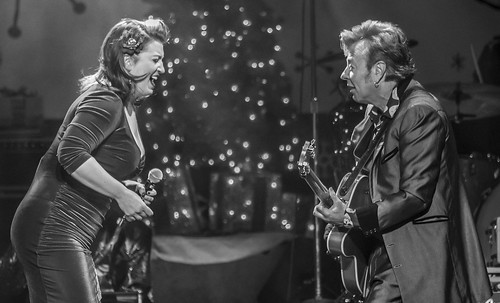 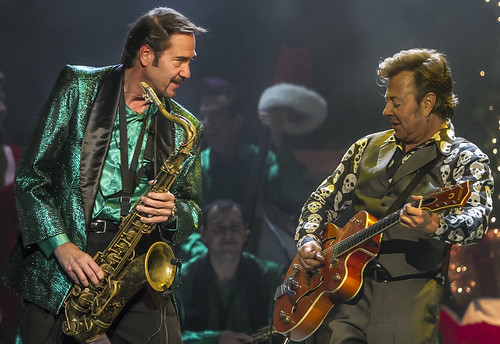 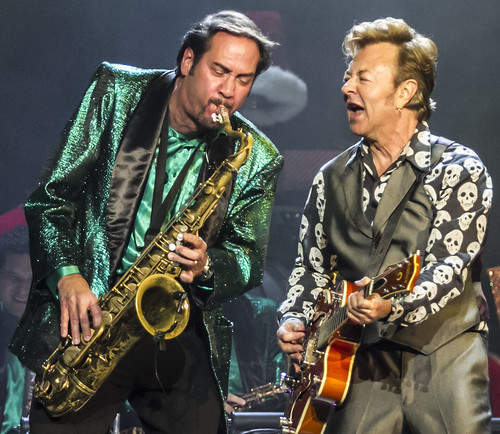 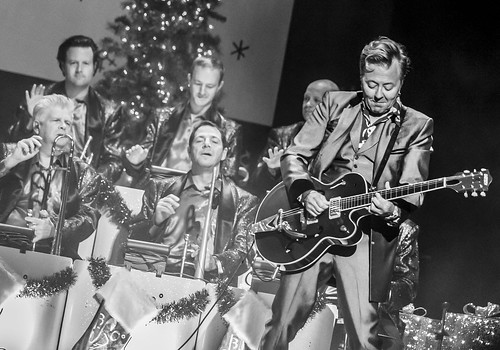 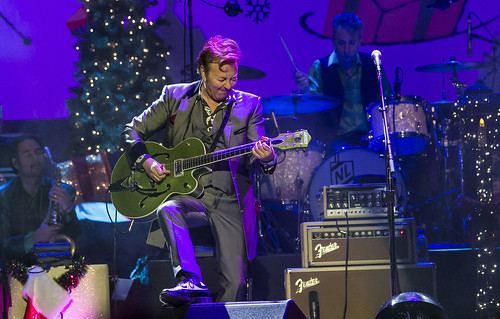 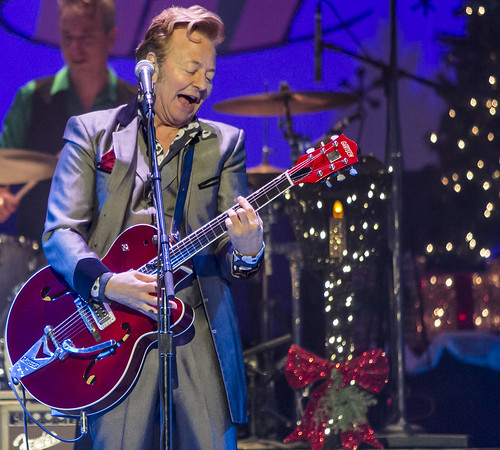 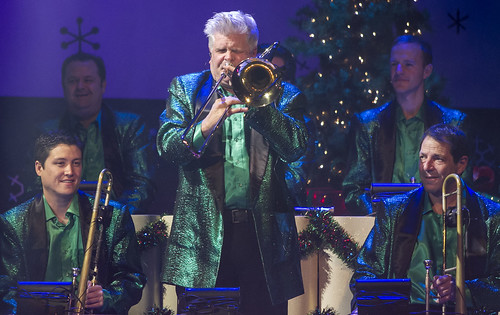 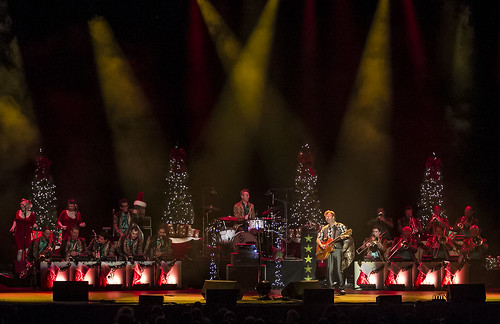 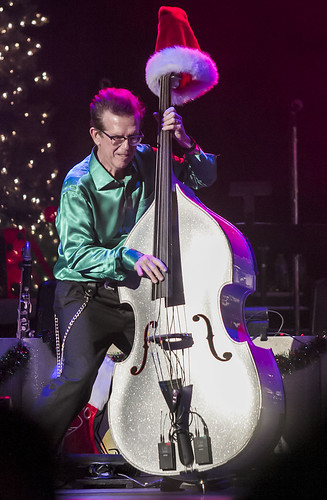 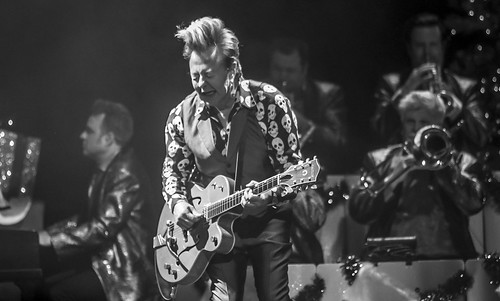 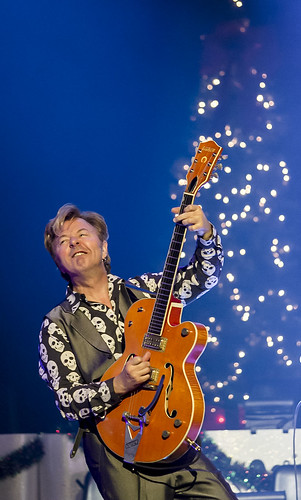 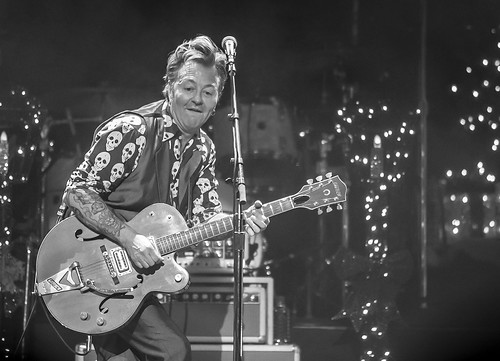 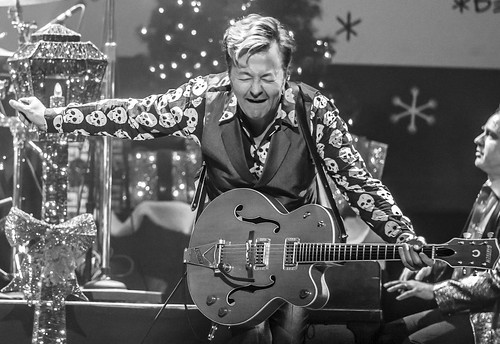