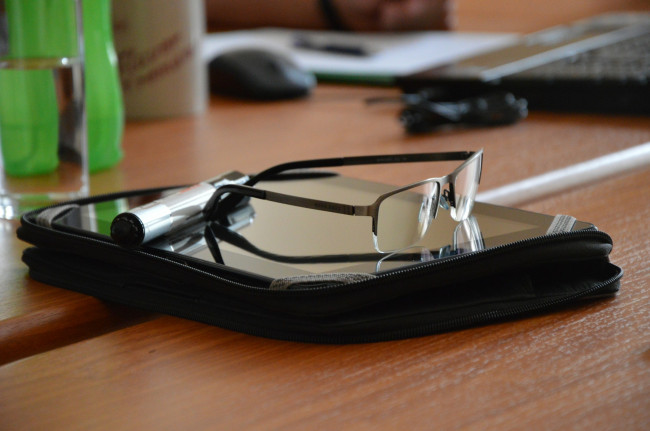 “The time has come,” the walrus said, “to talk of many things.”

Most notably, the future, my employment, and opportunities to complete transition.

I believe I’ve reached a turning point in my life where certain truths must be dealt with – truths about my anatomy and my appearance that have made it impossible for me to fully accept my body. For lack of a better term, the idea of having “bottom surgery” has become something I need as opposed to something I want. As much as I’ve come to terms with it (and this is a decades-long process, believe me), I feel like I’m never going to be complete without it. I have decided that I will jump through whatever hoops I have to in order to make this happen. I’m tired of compromising because I can’t afford to save money. It’s time to make some big changes going into 2016. It’s time to make this dream a reality.

The first big change will be my job. I’ve decided to accept an offer that, hopefully, brings with it new opportunities and a more secure financial future. With this new position, I’ll be able to save money and put it towards my transition costs. I can afford an even better healthcare plan than what I have now. I even get a shorter commute on level ground with a lot less traffic – I can ride my bike to work again! I’ll be able to save money on gas and keep myself physically fit. There is much to be excited about!

What I’m not excited about is the end of my professional relationship with Jason Percival at NEPA Geeks in Wilkes-Barre.

Jason has been an incredible employer. I have come to know him as a good friend and an extremely patient, kind, and caring man – fair, friendly, and a consummate professional. Everyone should be so fortunate as to work with him as closely as I have these last three years.

He took me in when I was at my lowest point. He gave me opportunities that allowed me to demonstrate my skills in blogging and SEO while I learned to fix phones. He was confident enough to stand behind me, even after I made mistakes and experimented with different repair processes that resulted in small disasters (however, they proved to be quite lucrative, once mastered!).

Most importantly, he gave me the confidence I needed to go outside of my comfort zone, live life on my own terms, and become my own person. This inevitably led to finding the strength of conviction I needed to embrace my truth.

I believe I might not have had the same opportunity to transition at work if I were employed elsewhere. For Jason, there was no question about it. There was no timeline, no discussion with colleagues about how this would affect business and professional decorum. I didn’t have to go through the human relations department, sign a letter of intent, follow a strict plan, set dates, or worry about “board approval.” We didn’t even really discuss it beyond, “Someday, I am going to come in presenting female. I’d like to do it before the end of the year [2014]. Is that going to be OK with you?” His only answer was, “Do what you have to do.” And so, I did, day by day, until it was every day, and I never came to work in “male face” again. He never once referred to me with male pronouns – not even a slip of the tongue. He used my preferred name and everything. No talk behind my back, no snickers from co-workers. It was as if nothing was different. There was some worry about what customers might think, but we got past that the first time a customer spontaneously called me “ma’am.” We knew, then, it was going to be just fine.

Are you getting all this, corporate America?

This is how it should be. Many employers would do well to learn from this man – and from what I’ve seen, they have a lot to learn. All trans* people should be so fortunate to receive the same level of freedom, respect, and acceptance I have. At a time when pizza shops, wedding caterers, and pastry shops were turning away homosexual customers, citing “religious freedom,” we never did. I have fixed the phones of gender non-conforming, non-binary customers just as readily as I have for hardcore, conservative, white, cis Christians. I’ve fixed phones for people of color, foreigners, those who could barely speak English, even tourists from as far away as France and Switzerland. Muslim, Christian, Jew… all are welcome at our little shop. And we respected everyone as best we could. It still strikes me as funny that we never sought to capitalize on that. We never really answered the situation America faced with the kind of response I wanted to, to show our solidarity and support, to stand against the evil that was happening in some states. Instead, it was never a thing. It was business as usual, as always.

There’s got to be something said for a company that hires transgender people, definitely, but something more must be said for a company that makes room and bends over backward for someone who is transitioning at work. Jason did that, and more, for me. He even offered to get me a pack of our official work t-shirts in a fitted, female size. Some companies won’t even issue a new name tag for their trans* employees. Meanwhile, I was personally granted the permission to update the website and edit every mention of my dead name. There were no questions asked; it was just the natural thing to do.

To know me as public as I was before transition, and to know me as public as I am now, it’s hard to believe my transition went unnoticed. Indeed, some customers noticed. Some didn’t seem to take to my transition too kindly. And yet, we still have many return customers who don’t mind or don’t notice. We have many who ask, “What happened to the other guy?” It’s become cute and quaint where it used to be frightening and invasive. I just smile and tell them, “He no longer works here,” and they just keep coming back. So many repeat customers even followed us as we moved from Mountain Top to Wilkes-Barre. I think that speaks to our level of quality and professionalism. NEPA Geeks has an extremely high customer retention rate, and most, if not all, of that is built on Jason’s reputation. That’s the kind of man my boss is, and that’s why I find it so hard to leave.

I’m not sure what the future of NEPA Geeks will be. I hope it goes on, and I hope it thrives. I hope Jason finds a way to evolve beyond consumer electronics and becomes more of a “business to business” service, offering IT solutions to companies with big contracts with a team of dedicated professionals to back him up. I think that’s where he excels, as so much of his time has been devoted to that lately, and I believe it will be successful. But that’s not up to me. My time there is done.

It has been an absolute pleasure and a privilege to work there. I was introduced to so many people and made so many friends simply by association, but I need to move on if I’m going to make my dreams come true. I want to get the final pieces of the puzzle that I need to complete the picture and get on with the rest of my life. This is a good stepping stone towards that. Here’s to the future!