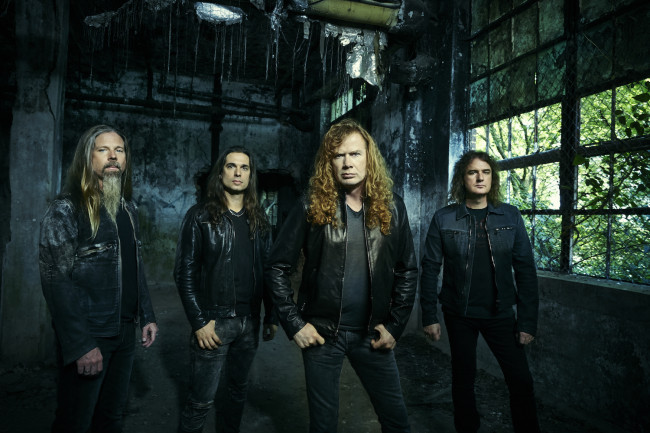 Megadeth – the thrash metal band from Los Angeles, California known for their technical style, featuring fast rhythm sections and complex arrangements, and themes of death, war, politics and religion in their lyrics – has announced the 2016 “Dystopia World Tour,” which stops at the Sands Bethlehem Event Center on Saturday, March 19 at 7 p.m.

Joining them on this tour named after their upcoming album will be Suicidal Tendencies, Children of Bodom, and Havok.

Megadeth was formed in 1983 by guitarist Dave Mustaine and bassist David Ellefson, shortly after Mustaine’s dismissal from Metallica. A pioneer of the American thrash metal scene, the band is credited as one of the genre’s “Big Four” with Anthrax, Metallica, and Slayer, responsible for thrash metal’s development and popularization.

In 1985, the band released its debut album “Killing Is My Business… and Business Is Good!” The album’s moderate commercial success caught the attention of bigger labels, which led to Megadeth signing with Capitol Records. Their first major-label album, “Peace Sells… but Who’s Buying?, was released in 1986 and influenced the underground metal scene.

After the lineup stabilized, the band released a number of platinum-selling albums, including “Rust in Peace” (1990) and “Countdown to Extinction” (1992). These albums, along with touring worldwide, helped bring the group public recognition. The band temporarily disbanded in 2002 when Mustaine suffered an arm injury. They re-established in 2004 and have been going strong ever since, even hosting their own music festival, Gigantour, several times since mid-2005.

The band has sold over 50 million records worldwide, earned platinum certification in the United States for five of its 14 studio albums, and received 11 Grammy nominations. Their latest album, “Dystopia,” is due for release on Jan. 22. 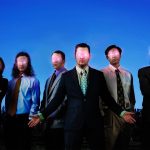