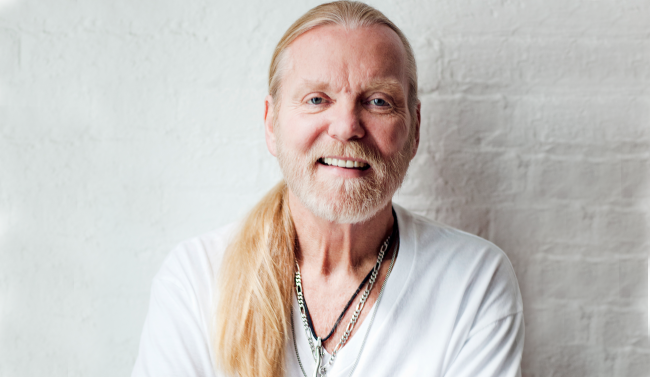 Rock and Roll Hall of Famer Gregg Allman is both a founding member of one of the biggest and most important American bands of all time, as well as a critically acclaimed solo talent. A natural artist gifted with a beautifully soulful and distinctive voice as well as brilliant keyboard and guitar expertise, Allman is a legendary performer who, more than 45 years down the road, still loves making music as much as ever.

He’ll be performing at the Sands Bethlehem Event Center on Saturday, April 2, 2016 at 8 p.m.

At the start of his enduring career, Gregg Allman and his brother Duane put together a number of different groups, but whatever the configuration, Gregg’s powerful lead vocals, emerging songwriting, and keyboard prowess perfectly complemented Duane’s legendary guitar virtuosity.

In 1969, their brotherhood made history with the formation of the massively influential act that both kick-started the entire genre of Southern rock and defined an era of ‘70s rock ‘n’ roll with its freewheeling yet musically masterful sound – The Allman Brothers Band.

The band’s unique amalgam of rock, blues, country, and even jazz flourishes expanded the boundaries of rock music and their signature, extended onstage jamming set new standards for live concert performance. In addition to his singing and playing, Gregg wrote many of their most memorable signature hits, including the classics “Whipping Post,” “Dreams,” “Midnight Rider,” “Please Call Home,” and “Melissa.”

Obviously, there’s a major difference for Gregg between his solo endeavors and the Allman Brothers Band efforts.

“There’s only one cook in the kitchen,” he says, “only one chef. I let the soloists do their thing – you’ve got to let a man do a solo the way he wants – but as far as picking the tunes and working on the arrangements, I take full responsibility for it.”

Gregg Allman is a survivor, having weathered many tragedies in life – as well as the occasional pitfalls and detours of a full-tilt rock ‘n’ roll lifestyle – but he’s continued to grow both personally and musically. You won’t want to miss this musical legend in Bethlehem.