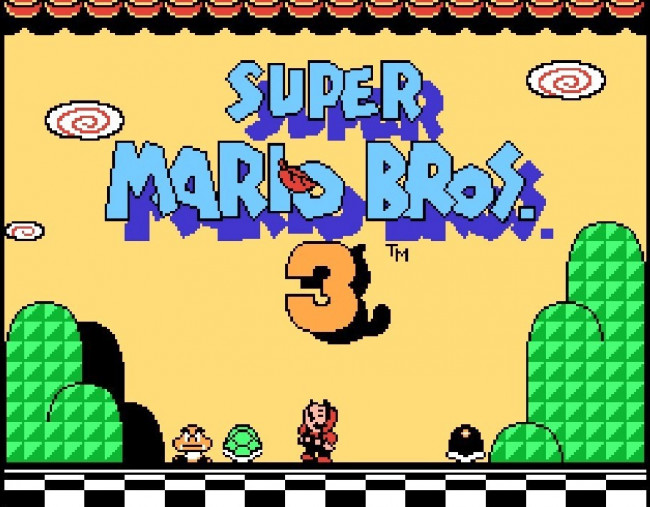 Well, another year has come and gone, so while we look forward to bigger and better things in 2016, here at Turn to Channel 3, we will be taking one last look at a game that most definitely shaped many Christmas mornings and gave quite the headache to parents who were tired of their kids bugging them about it after watching the movie “The Wizard” for the 56th time or so.

Our last remaining topic before we say farewell to 2015 just so happens to be one of the very best games on the Nintendo Entertainment System, as well as a prime example of what good marketing can do for a video game. Today on Turn to Channel 3, we turn our attention to “Super Mario Bros. 3.”

What makes this game so critically acclaimed all these years later? Why do so many gamers cite it as the reason they got into gaming? Why is it still considered one of the very best “Super Mario Bros.” games of all time? To answer these questions and so much more, we must journey back to the Mushroom Kingdom, where chaos once again reigns supreme thanks to Bowser and his Koopalings!

While “Super Mario Bros.” titles up to this point already had some great, simplistic, and addicting tunes for you to hum along to, neither had as complete a soundtrack as the coup de grâce of Mario titles on the NES. When it seemed you had found that one song that was your absolute favorite, another song would come on to top that, and that’s something that’s often overlooked in the grandeur and hype machine around this title. Certainly everyone talks about the stellar gameplay, memorable characters, and the features that were introduced here that became staples in later “Super Mario Bros.” titles, but the soundtrack is that icing on the cake, the proverbial bow on your very own childhood birthday gift.

In truth, this isn’t to say that the graphics are bad, because they are certainly among some of the best on the NES, and without question the best of the three entries in the franchise’s stay on the first Nintendo console, but I feel when it comes to the game overall, this is the one aspect that hasn’t aged quite as well as the soundtrack or the gameplay mechanics, but don’t get messed up by this opinion because, as evident by the Wii U’s “Super Mario Maker,” gamers still enjoy these graphics very much.

The only true flaw I see is that, even when just comparing it to the rerelease on the SNES console’s “Super Mario All-Stars,” the colors and artwork presented here almost seem faded and drab in certain moments, especially in some of the final levels of the game as you’re just wandering into a world of seemingly endless black background with random tanks and weapons coming at you, which doesn’t seem to look quite as appealing over two decades later. That being said, there’s nothing going on here that is a complete turn-off from playing the game, but I think we can all agree that this is no longer a selling point or the strongest aspect of the game’s appeal in the 21st century.

Like all of the games reviewed this month, the amount of fun had playing “Super Mario Bros 3.,” even now as we head into 2016, is quite simply undeniable. The controls are easy to grasp, and this game introduced so many other items and aspects to the franchise that would carry on long after the hype train behind it came to a halt. What has always made “Super Mario Bros.” titles so appealing to people is the fact that, while challenging, you want to keep going; this is still true when you are hopping from almost endless tank-to-tank towards the end of the game.

As in both previous Mario titles on the NES, you are given the option to take the long road to the end or get right to the point via the use of warp whistles. Each land you visit, each with their own map, varies in theme, such as the enemies being giant (my personal favorite) and levels filled with ice or piranha plants, just to name a few. “Super Mario Bros. 3” also introduced us to mini bosses, as well as the Koopa children under the tutelage of the vile Bowser. So much of what we knew at that point from playing previous Mario games was changed in a way that just got us further immersed in the Mushroom Kingdom and all its inhabitants, and that’s what all good franchises do – give you more and more of what you want, and less of what you don’t.

Another thing that is undeniable is the cultural and historical impact of this game, both in the fibers of our lives as gamers and the industry as a whole. Rarely does a game with so much hype behind it (For crying out loud, they made a movie that was really just a huge commercial for the console and this game!) not only meet our expectations, but also exceed them. We all reminisce about where we were when moments in history occurred before our very eyes, and for many of us gamers, this was one of those moments when “Super Mario Bros. 3” was all our lives were about, nearly breaking our copy of “The Wizard” and bugging our parents constantly until it sat before us in that super yellow box with Mario soaring through the air, just ready to be played. Just as “Super Mario World” is responsible for a lot of the success of the SNES, the same can be said for the NES and this title. The gaming world would be much different had it not been for “Super Mario Bros. 3,” and this scribe is so glad that we never have to imagine a world without it.

Thank you all for another splendid year of writing and reviewing these classic games with you, and be sure to look for more great reviews in 2016!

Until then, happy New Year to you, and remember, a new year means a clean slate to game on!