As if seeing “Star Wars: The Force Awakens” on premiere night wasn’t exciting enough, local fans were rewarded with something extra special at the 7 p.m. and 10 p.m. showings at the Regal Dickson City Stadium 14 & IMAX on Thursday, Dec. 17.

Standing in front of the brand new $40,000 IMAX screen installed there just three days before, a manager at the Dickson City theater, Jimmy Mancus, performed a funny original song on acoustic guitar that he wrote about “Star Wars” specifically for the premiere. It was filmed by fan filmmakers Cinemaniacs Films and released on YouTube the following day.

Mancus is a Spring Brook Township solo musician whose music blends “elements of acoustic, indie, funk, hip-hop, rock, and surf.” Listen to more of his original songs on his ReverbNation page: 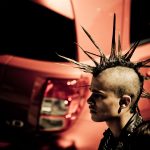 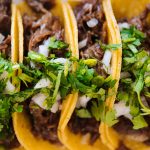