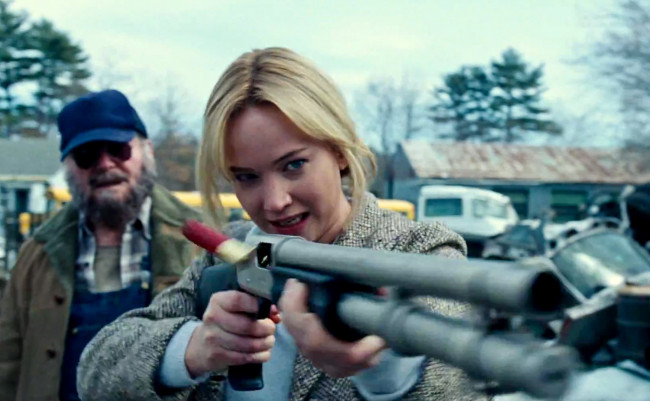 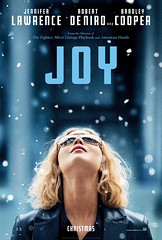 What do you get when take a bunch of great Academy Award-winning actors and actresses and then add an Oscar-winning director behind the camera? Most times, you get an incredibly good film, right?

Well, it turns out that isn’t always the case – “Joy” is proof of that.

This is the latest film by David O. Russell, who has produced films like “Silver Linings Playbook,” “The Fighter,” and “American Hustle.” I’ve been a big fan of his work in the past, as I’ve found his depictions of mental illness, family dynamics, and knack for telling true stories interesting and captivating.

He is working with his usual talent here, nearly the exact same lineup we have seen in his other work.

The always wonderful Jennifer Lawrence plays the lead character and namesake of the film, while Robert De Niro plays her enigmatic father. Bradley Cooper makes an appearance as the head of TV sales giant QVC. These three are the highlights, but everyone in the cast did a great job of making me thoroughly dislike these characters.

That’s the main takeaway I have for this film. I really did not like any of the characters in this film, which was obviously Russell’s goal. His films always seem to center on a dysfunctional family or group dynamic; the characters are just quirky and damaged enough to make the experience sadly amusing at times.

Joy is the audience avatar, seemingly the only character who even has a semblance of her shit together. She is the caregiver for her family, quite literally cleaning up their messes and looking out for them while they collectively make her life more and more helpless and miserable. She is their punching bag, and she takes it lying down. She is as helpless as the audience watching the movie. This is where the film succeeds most.

From there, however, things begin to get a bit garbled.

First, to say this film drags a bit would be reductive. It feels like a three-hour investigation into how much failure someone can experience before they snap and axe-murder their relatives, Lizzie Borden style. Now, I’m cool with a long movie, but with a run time of only about two hours, the film feels stretched really thin.

The movie also says on screen right after the title card that it was made as a tribute and inspiration to strong women, which was present with many of the characters in the film. Joy herself shows a superhuman level of determination and restraint, and her dynamic with her biggest supporters, her grandmother and her daughter, feels organic and natural. One of the strangest things in the film, however, comes in the treatment of Joy’s son. This character is almost entirely absent the movie.

He isn’t focused on in even a single scene. When he is on screen, half of him is obscured by a half-opened door while he is lying in bed; it’s as if Russell forgot that the character had a son after the first day of shooting, yet the daughter is present throughout the entire film. It was a bizarre oversight.

Again, I understand that the focus was on strong female characters, but why bother introducing a son into the film if he was just going to go missing like he was abducted by aliens and never mentioned again?

The bottom line is the film was a bit stale. Even when it did pick up a bit, it was still as dry as desert sand. The only character you can relate to in a positive way is Lawrence’s Joy, and even though her performance lives up to her lofty standard, the rest of the film doesn’t reach par for me. It feels like Russell has done this before and was just sort of going through the motions. There was nothing that dazzled me in terms of cinematography, score, or design choice, either.

To put it frankly, it produced a largely “meh” response from me. I hope that Russell’s next film explores some themes he has not touched on yet, as I think he could do great work with some fresh subject matter.

Sadly, while I came into this movie optimistic, watching “Joy” was an experience far from what its namesake would suggest.