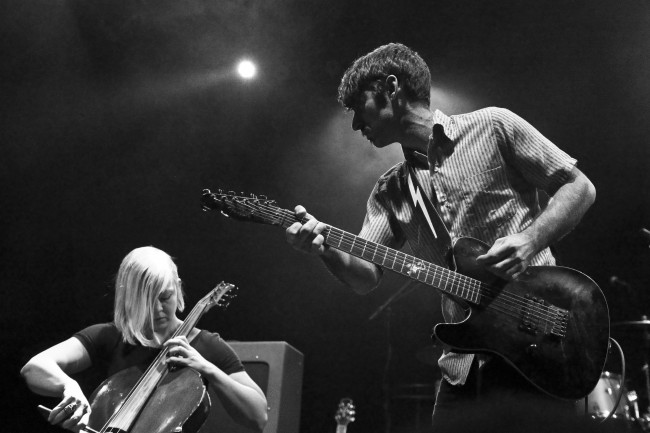 A controversial new bill introduced by Philadelphia City Council last week that would require venues hosting live music or DJs to submit the personal information of performers to the police department has caused major backlash from the city’s music scene.

Introduced by Councilman Mark Squilla on Thursday, Jan. 21, the amendment to the current licensing laws would force Philly bars, clubs, restaurants, and other venues that can hold 50 or more people to collect entertainers’ personal information, such as names, addresses, and phone numbers, and hand it over to the police, who would then have the power to “veto” any show at any time.

“Giving performers’ information to police when requested enables them to review past performances to see if there were any public safety issues during their events,” Squilla told Billy Penn, who broke the story yesterday.

“Some clubs were operating without a license because they found a way to have music without a DJ or live performer/band,” he continued. “This legislation will include new forms of music/streaming that weren’t around when this first special assembly bill became law.”

While Squilla said that “no specific music acts created this issue,” Councilwoman Maria Quiñones-Sanchez believes it may have to do with artists who “have been known to have created incidents and violence at their previous acts.” Billy Penn noted that she may be referencing a deadly shooting outside of a rap concert last year at the TLA, which is located in Squilla’s district.

Artists and promoters have pushed back through social media, a planned protest march, and a petition that has already reached over 11,000 signatures, calling the bill “a serious threat to Philadelphia’s vast and thriving music scene.” The petition states:

Please don’t underestimate the number and variety of people this bill would hurt. If passed, this bill will have a serious chilling effect; not only on the musicians that call this city home, but also on the thousands of touring acts who visit the city every year (and bring in thousands of dollars in revenue).

Additionally, there is no reason for the Philadelphia Police to possess a registry containing the personal information of thousands of people, simply because they are musicians. Not only is it unnecessary and likely to cause a massive administrative backlog, it’s a gross violation of our civil liberties. Philadelphia is currently one of the best cities in the country for live music – this bill would make it one of the worst. We call on City Council to reject this dangerous, costly, and unnecessary bill, and to continue to protect the civil rights of its residents.

Even the Philadelphia Police Department said that allowing them final approval on licensing music venues or approving acts is “a mistake” in the legislation, Philly.com reported, though Captain Francis Healy added that they would still be interested in being “able to identify who the players are.”

“We’ve had some previous experience with fly-by-night individuals who come in and they disappear after mayhem happens,” Healy said. “It’s nice to be able to identify who can be the responsible party. Those individuals operate with impunity and no one knows who they are, and then often times the city is left to clean up the mess.”

Squilla defended himself on his Facebook page and attempted to clarify his position and the law:

The primary goal of this bill is to close a loophole in the current legislation that has allowed venues to operate without a special assembly license (SAOL). SAOLs are required for certain venues that have live musical and other entertainment. We learned that some operators were able to avoid obtaining an SAOL because there was no live music or a DJ but music was streaming or playing from an iPod or iPad. This bill now includes such amplified recorded music.

The bill now contains a provision that venues should obtain performers’ contact information to share with city officials should the need arise, but there is no City approval required for any events nor is a registry of performers being created. This provision is NOT intended to restrict artistic expression or any kind of entertainment but rather is aimed at addressing public safety and quality of life issues. I will consider any amendments to this bill, as suggested by concerned parties, prior to or at the public hearing which will be scheduled by the Chief Clerk of Council in the near future. Please contact our office with any questions or concerns.

Hundreds of Facebook commenters continued to bash to councilman, and bands with ties to Northeastern Pennsylvania, like Captain, We’re Sinking, have joined the debate:

3/4 of the band lives in Philly. The music scene in Philadelphia has helped our band in so many ways. This bill is insanity. Please read.

NEPA Scene will provide updates as this story develops.