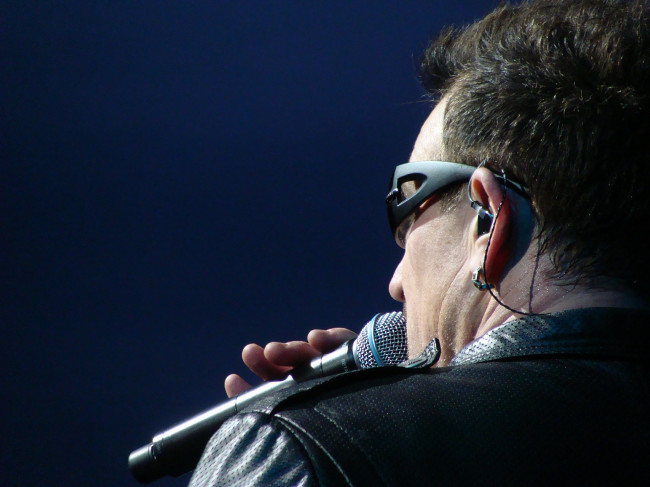 A few weeks ago, my pal Joe handed me a newspaper clipping. Just to get my opinion on it. It wasn’t a political editorial or anything like that. Nothing scandalous.

It was a weekly live entertainment listing for our area.

If you look at a Northeastern Pennsylvania live entertainment listing from 2016 as opposed to one from, say, 1995, you will notice one thing immediately – musicians have become much more interested in paying tribute to things.

Even the clubs in the area that were known for showcasing up-and-coming bands have gotten in on it. But, because they are hip and cool, they do tributes to O.A.R. or maybe Rage Against the Machine.

Normally this would be the point where I would go on and on about how much this new development blows. But I’m not going to do that. My take on all this is that it is just a sign of the times around here.

A music scene once full of big rock clubs is a shadow of its former self. The big places are almost all gone. And smack dab in the middle of the deluge is the new boss: a casino.

And a casino, dear readers, caters to a much different demographic than a grimy rock club.

I mean, you already like the music. You know what to expect. And if the band sucks, you can still make fun of the middle-aged guy in the Bon Jovi circa 1986 wig.

However, here’s the rub. There’s nothing as exciting as seeing a young band with a fresh set of awesome songs that is ready to take on the world. At least I think so.

Consider a young band driving down a road that contains all the various types of music fans. If you start on the left, it is a dirt road. These motorists are the early adopters. The tastemakers. The people who heard Nirvana in a club when there were only 12 people there. Serious listeners looking for new things. These are the people who will anoint and lift up tomorrow’s mainstream.

Gradually the road widens and becomes an eight-lane superhighway. This is the largest stretch of the road where most of the people are. The casino crowd is in here. The “middle of the road,” so to speak.

Lastly, on the right, the road narrows again and the late bloomers are putt-putting along. These are the people who just heard of Coldplay because they are playing at the Super Bowl.

From a business perspective, it makes sense to head straight for the superhighway. That’s where everybody is, right? And if you are a tribute band, you just hop in your Bon Jovi Monsters of Rock jet and land right smack dab in the middle of the Autobahn. No need to deal with all those snotty early adopters. Besides, that road is too dusty anyway.

The late bloomers will like you too, if they have heard of the group you are paying tribute to. Which is 50/50.

Big money – can’t blame these bands for doing it.

However, if you want to stick to your guns and make a go of it with your own music, it’s harder than ever. The road is in disrepair. There are fewer gas stations (venues) than there used to be. Not enough people traveling this way. They are all on the superhighway. The bypassing of America.

A lot of young groups die on the vine. Not enough support or encouragement to keep going. Then a slot opens for a guitarist on the Bon Jovi jet… and the band breaks up.

It’s sad, because someone has to nurture these things before they can get to everyone else. And with popular music, that’s becoming harder to do.

If you want to be a professional athlete, you need to excel in high school… then excel in college and then get drafted. Then you have to excel in the pro arena.

Unless you are independently wealthy, you can’t go to college without a scholarship. You need to be invested in and nurtured to make it. And you can’t play in the pros for free, either.

With popular music, you have to form your own team and finance your own education if you want to go the route of doing your own music. And at the end of the road, there isn’t a million dollars anymore.

So no wonder people go where the money is.

I told this story before, but it applies…

Many years ago, I tried my hand at beer making. Paul Smith and I made a dark, Guinness-esque beer. We loved it. Proudly, I took it over to my neighbor’s house and gave him a bottle. He took a big swig and spit it out. Symbolically, on a dirt road. My neighbor looked at me and said, “If you can make me a beer that tastes like a Coors Light, I’ll drink it.” Then he went back to grilling.

I thought, “Why the hell would anyone want a beer that tastes like a Coors Light when there is already Coors Light?”

As I look again at the entertainment schedule that my buddy Joe gave me, I realize how wrong my logic was…

But when I am running sound somewhere and I have an overweight old guy with a wig on telling me what he wants in his monitors, it still makes me sad.

Because I know somewhere out there in the wasteland is a young genius playing to eight people while they watch TV.