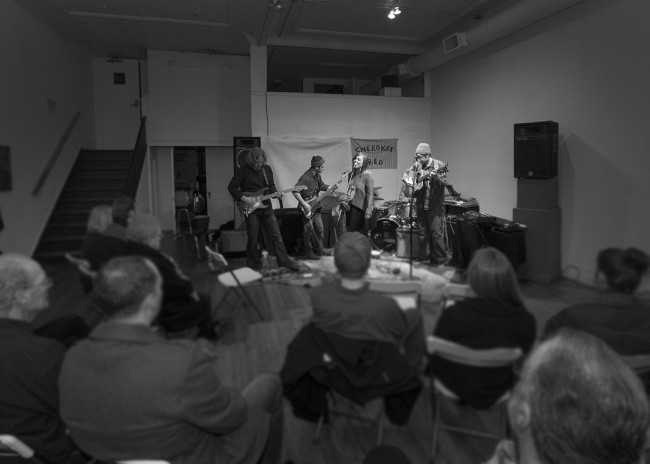 The Scranton Fringe Festival may only be held once a year, but its organizers have much more planned throughout 2016.

Less than two weeks after announcing its second year, the festival has announced a recurring all-ages music series in partnership with the AfA Gallery in downtown Scranton.

Starting in March, the ‪Scranton Fringe‬ will present concerts on the first Saturday of each month at the gallery (514 Lackawanna Ave., Scranton) that feature regional and touring acts of all genres, which is welcome news to music fans under 21 who have been without a dedicated all-ages venue in the city for quite some time.

“It is incredibly exciting to have this be apart of our 2016 programming,” said Fringe Festival co-founder and Executive Director Conor O’Brien.

O’Brien, formerly the performing arts/outreach director of the arts venue The Vintage, noted the importance of providing an accessible platform for musicians to perform in front of audiences of all ages.

“It is vital not just for the artists, but for the cultural community of the greater Scranton area to have a wide variety of entertainment to engage with.”

The music series is open to local, state, and national touring acts. Those who are interested in performing or learning more can contact the organizers via scrantonfringe@gmail.com or through Facebook. Musicians should include work samples, a history of performances, and any and all upcoming dates – March 5, April 2, and May 7 – they would be available.

A four-day performing arts festival founded in 2015, the Scranton Fringe is dedicated to creating a bold and engaging platform for creative and thought-provoking art with minimal risk to artist and audience. 47 productions were presented during the first festival, including almost 100 individual performances. Nearly 1,800 individual tickets were sold throughout the weekend, with an approximate 2,500 unique individuals in attendance.