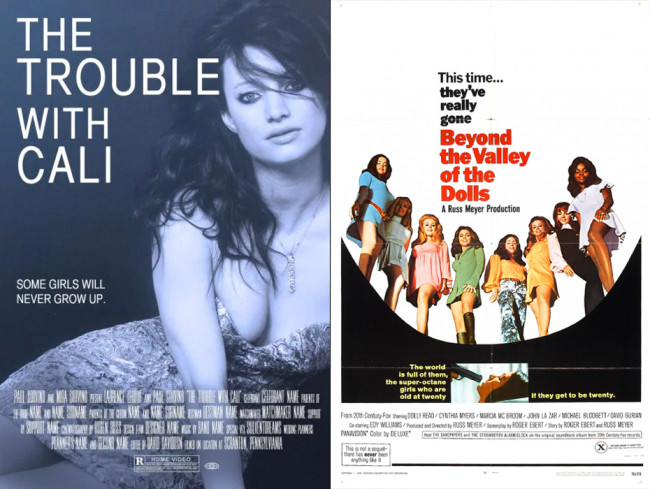 Copies of actor and director Paul Sorvino’s disasterpiece “The Trouble With Cali” may not be able to leave the building, but the Albright Memorial Library in Scranton will be making it a bit easier to see the controversial film with a screening at the library on Friday, Feb. 12 at 6 p.m.

Sorvino spent $500,000 of Lackawanna County taxpayer money to fund “The Trouble with Cali,” and after years of delays and unsuccessful attempts to release and distribute it, a cut of the commercial and critical failure was delivered to the county and shown in a public screening at the Scranton Cultural Center last year. This will only be the second time it has been shown publicly in the area.

“The Trouble with Cali” will kick off the library film series Albright After Hours, a selection of movies that have had a local and/or national impact on popular culture. The series continues on Friday, Feb. 26 at 6 p.m. with a screening of another infamously bad movie, the 1970 cult classic “Beyond the Valley of the Dolls,” written by the late film critic Roger Ebert and directed by Russ Meyer.

Both screenings, which are free with a library card, will be held in the Community Room in the basement of the Lackawanna County Children’s Library (520 Vine St., Scranton) and are intended for mature audiences only. Reservations are required to attend either night, and seating is limited. Refreshments will be provided by The Friends of Scranton Public Library.

For more information or to register, contact 570-348-3000, x3008, e-mail bcronauer@albright.org, or register online at albright.org. Join the Facebook event for “Cali” here and for “Dolls” here.

Read NEPA Scene’s exclusive review of “The Trouble with Cali” here and listen to Episode 32 of the NEPA Scene Podcast where we discuss the movie in-depth with award-winning filmmaker John Mikulak and film critic/columnist Jeff Boam.