After a recent sold-out performance, Meat Loaf, the multi-platinum musician and actor, returns to the Sands Bethlehem Event Center on Saturday, March 26 at 8 p.m.

Made famous for his rock opera “Bat Out of Hell,” which has sold more than 43 million copies, Meat Loaf is one of the bestselling music artists of all time, with worldwide sales of more than 80 million records. Known for his powerful, wide-ranging operatic voice and theatrical live performances, he continues to amaze audiences across the country.

After 35 years, “Bat Out of Hell” still sells an estimated 200,000 copies annually and has stayed on the charts for over nine years, making it one of the bestselling albums of all time.

As an actor, he has appeared in over 50 movies and television shows, sometimes as himself or as characters resembling his stage persona. He’s particularly revered for his role of Eddie in the iconic American stage and movie versions of “The Rocky Horror Show” and “The Rocky Horror Picture Show,” as well as his notable appearance in 1999’s “Fight Club.” He competed in 2011’s “Celebrity Apprentice” until nearly the end of the series, and he has appeared on many other television shows, including a memorable cameo on “Glee.”

After a 12-year break from each other, and 16 years since the first “Bat Out of Hell” album, Meat Loaf and legendary writer Jim Steinman reunited for the sequel. And they picked up right where they left off, complete with kitchen-sink production by Steinman and songs with titles that read like short stories. The epic “Objects in the Rear View Mirror May Appear Closer Than They Are” was the album’s third single, reaching the Top 40.

Meat Loaf has supposedly been working with Steinman once again on an upcoming album called “Braver Than We Are,” which is scheduled to be released in spring of 2016. It is rumored to feature 14 tracks, with at least eight of the songs on the album written by Steinman.

If you couldn’t get a ticket the last time or just can’t wait to see what the new tour has to offer, act fast because this show is sure to be another sell-out. 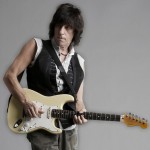