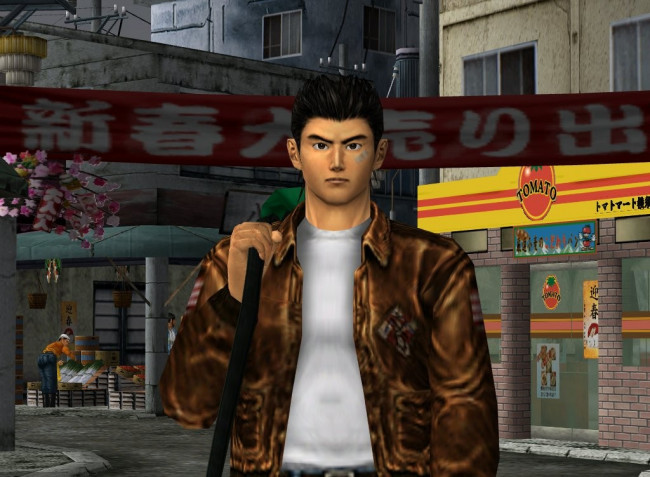 One of the things I always get asked relating to Turn to Channel 3 is how I schedule the games I review or what makes a game worthy of being reviewed. To be honest, it isn’t always as easy as it seems. Oh, sure, choosing those games that seemingly everyone knows is always a tried-and-true template, but for my money, I love reviewing those games that “come back from the dead,” as it were, those cult classics that fans of the franchise have been begging to make a true comeback.

In the case of today’s topic, “Shenmue,” not only is this game a cult classic that ushered in a whole new way of gaming and gamers, but it still resonates today because in December 2017, a new installment is set to once again breathe life into the gaming world. But what about the franchise’s humble beginnings? In 2016, do we still have a fond love or, better yet, appreciation for what “Shenmue” developers set out to do in 1999? We head back to the days where Y2K was still a hot topic and Sega was holding onto their last hope that they could remain in the console scene. Today on, we give you the game-changing “Shenmue!”

With such a groundbreaking title like “Shenmue,” it is easy to get lost in the visuals as well as the overall scope of the game in relation to the time period, and when this happens, the stellar soundtrack often takes the fall. With games like the “Soul Calibur” series to follow it step by step, “Shenmue” possesses one of the most breathtakingly beautiful soundtracks on the Dreamcast, and it does so in such an epic, cinematic way that you truly feel as if you’re in the middle of an experience you’ve never had before with a video game. While that may be in question today, in 1999, there was no question that “Shenmue” was going to do more than break the mold – it would shatter it into a million pieces.

Few games have an overall soundtrack that encompasses the emotions of the lead character and the situations they find themselves in throughout quite like “Shenmue’s” score. I would go as far as to say that if there was a true John Williams of video game scores, he’d probably have a hand in what is presented here. With the translation to English, a lot of the voice acting could certainly be better, with some of it riding the wave of hokey and just downright stiff and silly, but for the time, I feel the voice actors did their very best with what they were given. Keep in mind, reader, the fact that “Shenmue” was a first in so many ways, which as I discuss later, was both a blessing and a curse.

In 1999, most games didn’t look like “Shenmue,” and any that tried didn’t pull it off anywhere near as successfully as one of the crown jewels of the Dreamcast library. Once again, in 2016, things might not look quite as amazing, but you could tell a lot of effort and detail went into creating one of the most visually stunning games of the late ‘90s, as “Shenmue” showed us what games like “Heavy Rain” would follow in the future – a formula that fully immerses you in a world and a story that latches onto you and doesn’t let go. When you have images you keep with you long after the credits roll, you know you’ve played something that is not only a good game, but a solid piece of art in its own right.

Compared to many games that suffered from clunky polygons, “Shenmue” has a lot of smoothly sculptured graphics that fit naturally together which, being such an open world game, works well with what they were trying to accomplish.

“Shenmue” falls under the category of love/hate among most circles of gamers. Many find it as revolutionary as it truly was, allowing players to interact with so many objects that, in most games during that time, was simply impossible – and it is pulled off rather flawlessly, I might add. With a compelling story, a ton of options for the gamer, and elements like fighting and even getting to play “Hang-On” and “Space Harrier” in an arcade, it is almost like “Shenmue” is the cool bastard child of “Virtua Fighter” and “Animal Crossing,” as odd as that sounds just reading it back to myself.

At the same time, a large part of “Shenmue” is investigative work, trial and error, and speaking to every person you meet for information in solving the mysteries of the game and getting close to the goal of avenging your father can be quite tedious for most. It is also worth noting that, despite some great graphics, there are many times where a non-player character you want to speak to suddenly vanishes, only to reappear later, which definitely hinders the fun of playing the game, making it harder to accomplish what you set out to do. In the end, it is difficult for anyone to judge the overall gameplay and fun of this title without spending a number of hours with it.

At the time, Sega was literally banking on this title being the one game to usher the Dreamcast into instant success, spending upwards of $40 million dollars on making this a truly legendary game unlike any other at the time. While no one can doubt that the game looked beautiful, it didn’t sell very well at first, as many gamers were turned off by what they felt was a lot of unnecessary legwork, and while elements like “Virtua Fighter”-style brawls interested gamers, I guess many of us had hoped that that was the core of the game, and it really wasn’t. While many gamers are still on the fence about “Shenmue,” the majority simply can’t get enough of it, patiently waiting for the third installment to arrive next year.

Personally, there is no harm in playing “Shenmue,” because there’s something in there for everyone and, if nothing else, it teaches you a better appreciation for how far we’ve come technology-wise as fans of video games, and there’s nothing wrong with that, now is there?

This has been Turn to Channel 3, where next week, we’ll take a look at a game that fueled many all-night study session breaks at Keystone College during my time there – “Animal Crossing” on the GameCube!

Until then, don’t let the cold winds of winter get you down. Just pour yourself a cup of a hot cocoa and hunker down with some great classic games, because it’s never too cold to game on!