If you’re missing the great outdoors and warm weather in Northeastern Pennsylvania right now, the new music video for “A World Within a World” by Scranton alternative rock band Family Animals will take you right back there.

The trio – Jesse Viola (guitar, vocals), Anthony Viola (drums, vocals), and Frank DeSando (bass, vocals) – used footage from two different trips they took this past summer, both within a week of each other, to create the video.

“The first one, Jesse, Frankie, and I went on a canoe trip; it was a lot of fun. Then the following week, we camped at Keen Lake [in Waymart] for two days for my father’s 60th birthday. We thought the vibe of the footage would work well with the song,” Anthony explained.

“We wanted the group shot at the end, but it looked too cheesy, so instead of taking it out, we embraced the cheesiness and gave Frank a Porky Pig-type ending.”

As for the song itself, which is from their new album, “I Must Have Missed It,” Jesse wrote it and the band recorded it shortly thereafter in their home studio.

“We find that’s the best time to record a song, when you are still feeling it. I really like his abstract lyrics and the way the last word to every line in the verses is also the first word in the sentence,” Anthony noted.

“Jesse did the violins and trumpets himself, piece by piece. Frank played bass; I played drums and sang the lead, which Jesse insisted on. Jesse also did the acoustic, the mandolin, and the harmonies.”

To learn more about Family Animals’ music and their latest album, listen to the Viola brothers on Episode 38 of the NEPA Scene Podcast. The band’s full set from the 2015 Culture Shock! Free Music and Art Fest is also streaming here. 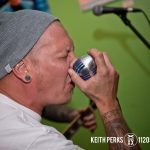 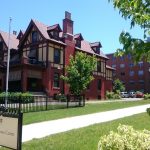