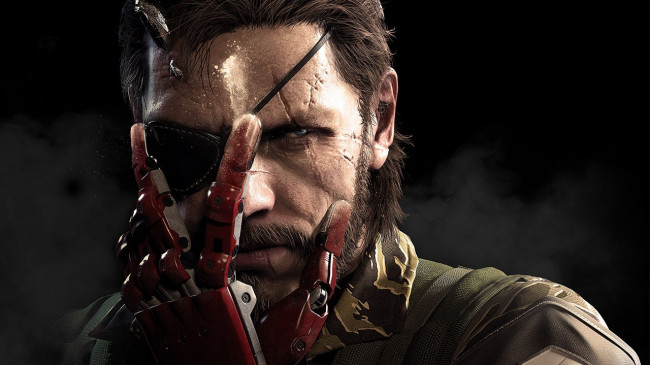 We might only be a few weeks into 2016, but I am still feeling a bit reflective when it comes to 2015. Then again, how can I not? 2015 proved to be quite a year; there was an awful lot to get pissed off about. And the fact is, because there was so much going on in the world of pop culture, I couldn’t possibly cover it all – my attention can only be pulled in so many directions! That’s when it hit me! If you would allow me – not that you have a choice – I’d like to take a look back at a few nerdy events of 2015 that I may have overlooked for one reason or another in a concise, to-the-point format.

2015 proved two things to the movie-going populace. The first was that Fox still cannot make a “Fantastic Four” film to save their lives! Their attempted reboot of the franchise failed at the box office. Furthermore, it seemed like no one – actors, directors, writers, producers, and the studio – knew what the hell that movie was supposed to be. It was confusing, bland, and so bad that it caused Fox to kill their planned sequel. The only thing it conveyed to the audience was that it was made in an attempt to keep the movie rights from reverting back to Marvel. I actually feel bad for anyone who paid to see it, as no one should have to pay good money to fund their own suffering.

The second thing it proved was that “Star Wars” is a friggin’ monster that will not be vanquished! Jesus Christ, “The Force Awakens” is still bringing money in by the Bantha loads, and it shows no signs of stopping. It has defeated “Jurassic World” and “Titanic,” and rightly so – it’s amazing! Hopefully, it will topple “Avatar” off of its throne as highest grossing film eventually.

2015 was also a huge year for video games, but not all news from the industry was positive. Downloadable content had a firm chokehold on the consumer this year like never before. Highly anticipated games, such as “Batman: Arkham Knight” and “Star Wars: Battlefront,” had DLC slated for them before the games were even released. Season passes were set up for both games as well, allowing all that content to come in at a slightly reduced cost. The problem was that “Arkham Knight” never revealed what you were getting for the season pass that cost as much as the game. “Battlefront’s” pass totaled around $100! DLC, costing as much or more than the base game, is hard to swallow, let alone for unknown content.

We also witnessed a very ugly and public divorce between Konami and Hideo Kojima (company and developer, respectively). With the abrupt cancellation of “Silent Hills” (a Kojima production) here, a Konami-wide gag order there, and Kojima’s name being stricken from the highly anticipated “Metal Gear Solid V,” the writing was on the wall. It took almost the entire year for the story to come to an end, but Konami terminated Kojima (and his production company) and they went their separate ways. It’s just sad that such a great partnership that lasted 30 years had to dissolve like it did.

Last year also saw the end of two amazing – and shockingly long-running – TV programs. The network known for showing insipid humans who are famous for no discernible reasons and celebrity coverage bordering on the inane, E!, decided to cancel their third highest-rated show, “The Soup.” After a whopping 14 years of pop cultural, referential, and satirical humor, Joel McHale and the only show worth watching on that network was forced to end their run. If you were a casual viewer, you may have missed their final episode, as E! didn’t advertise it and aired it on the same night “Star Wars: The Force Awakens” opened. What a great way to kill a show and sweep their actions under the rug, right? At least Joel will be visiting the area in 2016.

The second program technically hasn’t ended yet, but a few months ago, Discover Channel announced that 2016 will see the final season of “MythBusters.” I am truly saddened by this because Jamie Hyneman and Adam Savage have mixed science, comedy, and their special effects wizardry into a show that has entertained millions since 2003. While the format has changed over the years, the entertainment value of the show never faltered, and the void it will be leaving will surely be felt. Thank God for Netflix and reruns.

The music industry also took quite a few hits throughout 2015. No one lives forever, but certain deaths hit harder than normal. In 2015, we lost jazz guitar legend B.B. King, R&B royalty Ben E. King and Percy Sledge, Jack Ely (singer of The Kingsman), Scott Weiland, and John Bradbury (drummer of the U.K. ska/two-tone band The Specials), just to name a brief few.

If that very short list wasn’t enough of a hit to rock ‘n’ roll, the death of Motörhead’s Lemmy Kilmister felt like a brass knuckled punch right to the heart. Lemmy, God himself, passed away on Dec. 28, just a few days after he was diagnosed with an aggressive form of cancer. After hearing tribute after tribute, I don’t think there’s a single musician or fan of rock, metal, punk, or any other genre who wasn’t touched or influenced by him. I know saying anyone who dies at the age of 70 “died too young” is a little absurd, but I think for a man like Lemmy – as youthful and seemingly immortal as he was – the sentiment holds true. If there is any consolation, it’s that his legacy of over 40 fucking years in the rock ‘n’ roll game will absolutely live on.

Well, there you have it. I wish this recap could’ve ended on a bit of an uplifting note, but life isn’t all sunshine and rainbows, damn it. Every year provides us with ups and downs, but we endure; we live on. 2015 has ended and the entirety of 2016 is before us all so, if you’d allow me, I would like to give a “virtual toast.” May life treat you well over the next 12 months while supplying me with enough sources of stupidity, ignorance, and dumb decisions to keep this column running on a steady (shit, I’ll be happy with “semi-steady”) basis.