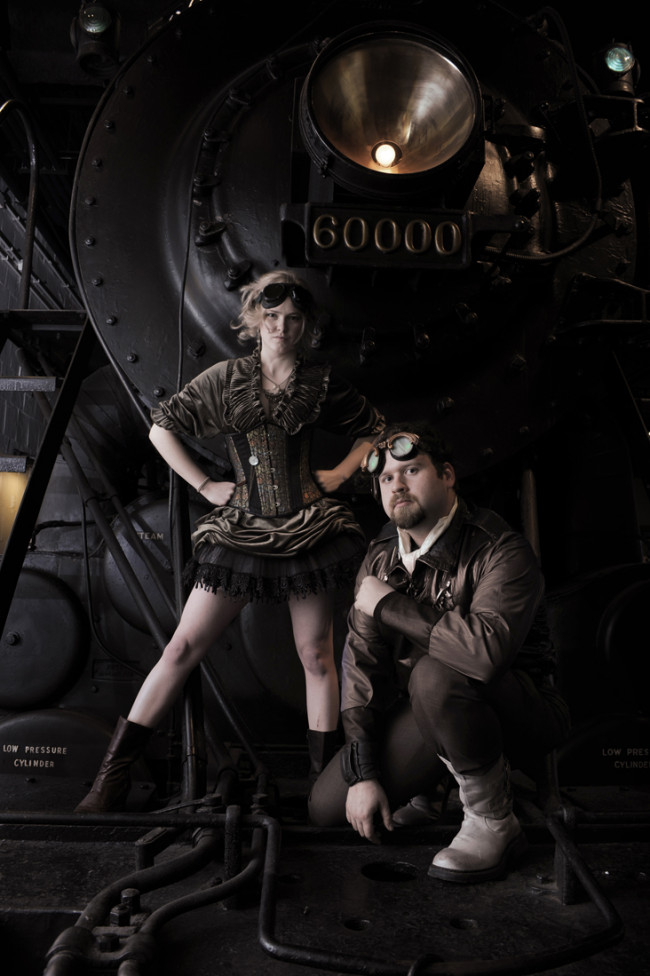 The Black Box Players of Club Funny only need a few audience suggestions to create a new production with original characters and unique situations, and they’ll be introducing a new world at Dateless Date Night, a steampunk post-apocalyptic night of comedic skits and improvisational games.

Travis Rivera, founder of Club Funny and director of the Black Box Players, first organized the group months ago when he found no other active one in the area that catered to those theatrical talents.

“Rather than wait for somebody to create it, I thought, ‘Why don’t I?’” Rivera said.

Connecting to people with similar interests, Rivera welcomed those with or without theatre experience. He teaches not only the basics of a theatre class to those who have never performed before, but also how to increase an actor’s wit, imagination, and comedic skills. Originally anticipating that Club Funny would gather the attention of a small group, Rivera was pleasantly surprised with how well-received it has been from a variety of actors.

“It seems that more and more people want to be a part of it,” he said. “It’s also surprising to see all ages come out and give it a shot. Being up on stage is a very scary thing. It takes a lot of courage, but I’ve seen some great talent emerge from people who have no experience.”

Rivera is quite experienced himself, performing in multiple plays, stand-up comedy, and participating in the Edinburgh Fringe Festival. Utilizing his knowledge as a performer, he has been able to direct his actors to grow in comedy through surprising advice.

“One thing I’ve learned and try to teach is that you don’t have to try to be funny,” he emphasized. “That’s not where the humor comes from. You have to try and be real. It’s the circumstances that occur within the framework of the scenes that make the situation funny.” 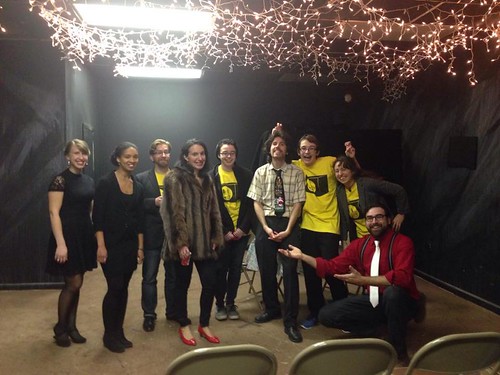 While Club Funny is open to the public and is accepting new members, those who wish to be a part of the Black Box Players must audition to perform in shows. According to Rivera, the emblem of the players – a three-dimensional black box with a smiley face – ties in with the idea of their name and being able to go anywhere.

“Right now, we’re focusing on adults, but I’d love to perform for children, pieces written by children, for hospitals, charity, and in a competition setting,” he said. “In any realm, I want to see it grow.”

Dateless Date Night’s funny theme of a steampunk post-apocalyptic anti-Valentine’s Valentine’s Day was partly inspired by the timing of the event falling nearly a week after the national day of love; the skits and improvisational games will reflect the theme in character, costume, or situation. Audiences are encouraged to participate in the games by recommending what they’d like the actors to portray.

“Because it’s after Valentine’s Day and it’s titled Dateless Date Night, we want to make fun of the holiday, and what better way to do that than to celebrate love post-apocalyptic style?” Rivera asked.

Audiences are encouraged to dress in their best steampunk attire; those who do will receive free raffle tickets. There will also be raffle tickets sold for three mysterious date prizes. The event is BYOB, with mixers and bitters provided at the bar.

“[Audiences] will experience something that will never be repeated or seen before,” Rivera noted. “That’s what the Black Box Players offer to all their audiences every show. Even if we tried, we couldn’t repeat it because it’s improv, so it’s spontaneous.”

While Dateless Date Night will deliver comedy, Rivera hopes the evening will encourage audience members to do more than just laugh.

“They’re going to come and have fun, laugh, and enjoy themselves, but after the show ends and the curtain is drawn, I hope they walk away feeling inspired. On some level, I hope they get excited about the idea of using their imagination just by witnessing others in the area doing that very thing.”