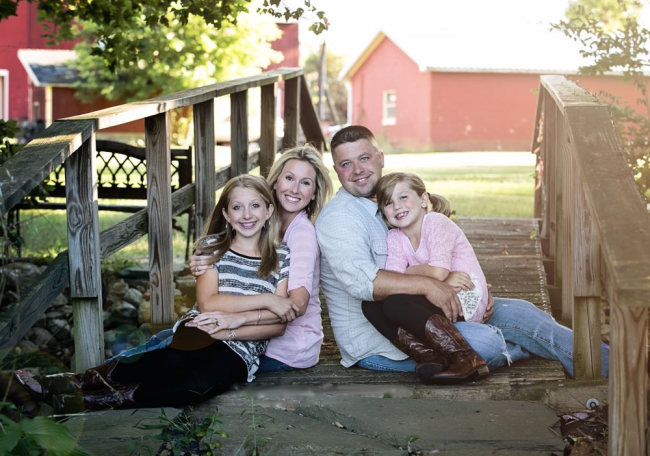 Sometimes, I feel a tinge of regret that I will never be able to have my own children. I mean, it’s not impossible, but as time goes on, it becomes very improbable due to hormone therapy and any surgeries I may choose to undergo in my transition. And I’m OK with that. I can always adopt, right? But, even so, the chances of having a child who is transgender seems highly unlikely, and I am sad about that because it means I’ll never get the chance to show him, her, or they the kind of love and support they fully deserve to truly be themselves.

When I come across stories about parents like Jessica and DJ and how they helped their daughter, Ally, come to fully live her truth, it makes me extremely glad to know there are people like that out there. And to know they are here, in Pennsylvania, living right outside Allentown, brings them even closer to home.

Ally and Jessica’s story isn’t too dissimilar from a number of other young transgender children that I’ve come across. It fits into the narrative of a child who knows he or she doesn’t fit with the gender they were assigned at birth. These days, with the Internet and doctors who are trained to recognize the behavioral patterns that Ally was displaying pre-transition, it’s become much easier to recognize and diagnose gender dysphoria (or gender identity disorder) before puberty sets in and physical transition becomes more complicated. But, like everything else about transgender people, it’s surrounded by controversy.

Opponents of the decision to allow children to transition usually cite the child’s age, insisting that he or she is too young to understand such a complex issue. I find it ironic that they feel the child is old enough to know that he or she is cisgender – that is, they identify with the gender they were assigned at birth – but can’t realize they are transgender. Likewise, with sexuality – it’s assumed that a boy will grow up with a sexual attraction to girls, but to assert that a child might be gay is just too hot of an issue to leave up to one as inexperienced and young, in opponents’ eyes. In the end, it’s up to the child to decide for themselves while the parents do their best to help their child grow up happy and healthy, expressing themselves the way they need to. No one else should get a say in this. Unfortunately, too many nosy busybodies see otherwise.

Ally is still young, and her story is unfolding in a wonderful way. But she’s not without her share of obstacles in the road ahead. For her parents, Jessica and DJ, the worry that problems will come up when Ally is older and goes off to middle school or high school is a constant worry. In addition to all the usual worries and anxieties that any parent would have for their daughter, they also have to worry about bigotry, discrimination, and violence. They hope to assuage these fears by doing something about it now, but they need help.

People like Jessica and DJ are urging lawmakers to pass the Pennsylvania Fairness Act to ensure that LGBT people such as Ally and myself are protected statewide from discrimination. Right now, we have some protections in cities such as Scranton, Pittston, Harrisburg, Philadelphia, and Allentown, but beyond these are many cities, such as Wilkes-Barre, which have no protections in place. A statewide law would fill the gaps and ban discrimination against LGBT persons, for sure.

Meanwhile, every day, there’s a new story about states drafting “bathroom laws” to ensure that transgender people must use bathrooms and locker rooms that are in accordance with the gender they were assigned at birth. Under such a law, transgender women would be coerced into extremely unsafe situations, left to endure ridicule, embarrassment, and even the threat of violence in the men’s room. Women’s rooms would suddenly have trans men in them, enduring the uncomfortable situation of women screaming at them. It makes no sense to invite transgender people into harm’s way like this. The more we fight for equality and protection from discrimination, the more pushback we get.

In workplaces, in housing, in protective shelters, and beyond, the situation remains largely the same. Without these protections in place, we are constantly vulnerable to being denied service, losing our jobs, our homes, and even our lives. Children like Ally deserve to live in a better world, and we can make that happen today.

I’ve seen it happen, time and again, where a child like Ally displays poor behavior, acting out in school, getting into trouble, and suffering from emotional stress. I know how much happier and adjusted they become after transitioning into their true gender, but I don’t have to take their word for it; I’ve lived it. I know all about growing up trans. I know what it’s like to finally hear the correct pronouns, to be seen as the person I am, to see myself in the mirror as I’ve always imagined myself to be. If a child like Ally insists they’re trans, I believe them. Why is this so hard for so many others to understand?

Maybe when more people realize that we are real, we exist, and we live right here, in places like Allentown, Wilkes-Barre, Scranton, Kingston, and beyond, it’ll become obvious, and then these kids will be able to transition and blossom into the happy, functioning people they are. That’s all they ask. They just want to live as themselves. Let them. 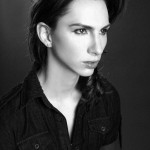 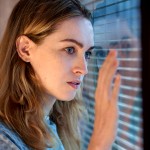