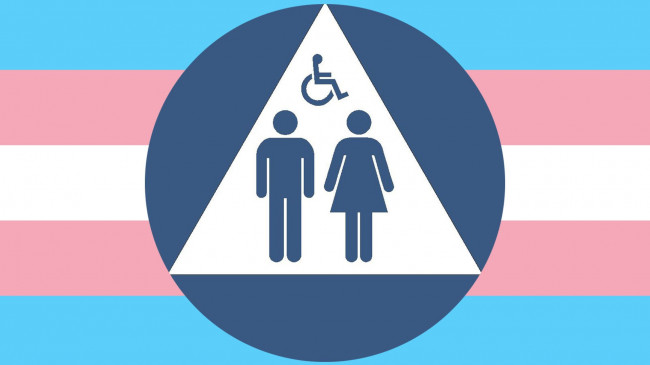 I’ve heard it said that the price of freedom is eternal vigilance – and so it would seem as the transgender community deals with the fallout of the recent news out of South Dakota.

Despite the fact that the population of South Dakota is roughly less than half the size of the entirety of the Northeastern Pennsylvania region (853,175 compared to approximately 2.2 million), lawmakers still decided they needed to pass an ordinance forcing transgender students (who would likely make up less than 0.03% of residents living in South Dakota) to use restrooms and locker rooms that align with their assigned gender at birth.

The Senate of South Dakota voted 20-15 to send the bill to Republican Governor Dennis Daugaard, who initially responded positively to the measure but said last week that he’d need to study it more before he could make a decision.

On the surface, the bill sounds nearly reasonable, but when explored, it becomes openly and wantonly discriminatory. Schools would have to provide a “reasonable accommodation” for transgender students, such as single-occupancy bathrooms or the “controlled use” of a staff-designated restroom, locker room, or shower room. Seems like something we could use, right? Facilities designed just for us… but it’s not.

While this may sound like a step forward, it forces transgender individuals to “out” themselves every time they need to use these facilities, increasing the possibility of violence and harassment. It denies them their identity and forces them to submit to an “other” status rather than being allowed to identify with the gender they truly are. And there’s no mention of exactly how staff will identify or “control” the use of said facilities. Would it be something akin to “genital checks,” as proposed by Virginia’s GOP recently?

Of course, the primary motivating factor of such a law relies on fear and oppression. Republican Senator David Omdahl urged support for the bill to “preserve the innocence of our young people,” while failing to see the irony of a law that willingly leaves young transgender people open to psychological harm and physical violence.

This is the same scare tactic that was used to strip LGBT people of their rights in Houston in 2015 – the fear that cisgender men were lurking in women’s restrooms, waiting to attack them, and the idea that transgender women are perverts, deviants, and pedophiles looking to sexually assault women and children with a “free pass” into protective spaces.

The tide is rising, and things are getting very scary. With the passage of marriage equality, and with trans visibility increasing within the public space, acceptance is at an all-time high. Never before in American history has it been more acceptable to be an openly gay or transgender person – yet events such as what has unfolded in South Dakota bolsters the actions and attitudes of those who would seek to make discrimination against us legal. Just when it feels like we’re on the cusp of making real strides towards equality, this kind of setback can still happen.

What we need is a federal, nationwide law that makes discrimination against the LGBT community illegal and protects us from being denied services, evicted from our apartments, and fired from our jobs just for expressing ourselves as who we are – something that doesn’t just fill in the gaps in Pennsylvania, but protects everyone, everywhere.

Fortunately, for now, there is such a bill being put forward in the state – if only lawmakers would vote on it. If only we could count on support for it to pass. Without such assurances, we continue to live in fear and a state of “eternal vigilance.”

We are facing tremendous opposition. Organizations such as the Family Research Council have laid out solid, detailed plans that seek to “eradicate transgender people from American life.” They want to stop us from being able to legally change our gender markers on our IDs, to keep us from being protected from discrimination, to use the facilities that align with our gender, to have medical coverage for transition provided by government or any other entity, and to be restricted from serving in the military. In other words, they want to make our lives a living hell. And make no mistake – they won’t stop when they’ve finished with us.

Trans rights are human rights, and what groups like the FRC can do to some of us, they can surely do to all of us. What they can do to hurt transgender people makes it easier and more acceptable for them to come after others in the LGBT community, to those with disabilities, to the marginalized and the poor, to minorities and those of faiths other than Christianity. The time to get involved is now.

The National Center for Transgender Equality has ways to get involved to counter these anti-trans laws that are being proposed all over the country. Stopping these laws from being passed and passing laws that prevent them is more important than ever.

If we truly care about our children, if we really mean what we say when we say we want to protect them, we should stop passing laws that make it legal to discriminate against them. We will make their futures brighter and more open to opportunity by allowing them to be who they are without the threat of physical and psychological violence. If we want our children to stop killing themselves and stop being murdered in a world that makes it OK to hate and hurt, we will do what we can to keep what happened in South Dakota from ever happening anywhere else. We must make it a priority to build a world that loves and accepts all people. For life, love, and liberty. For equality and justice.

This is the price we must pay – constant, eternal vigilance against those who seek to destroy and eradicate us.

UPDATE, 3/2/16: In an addendum to my original story on the South Dakota bill restricting public restroom usage for transgender individuals (#HB1008), Governor Dennis Daugaard has vetoed that bill, effectively killing it and keeping it from becoming law.

“Republican Gov. Dennis Daugaard, who initially reacted positively to the proposal but said he needed to research the issue, rejected the bill after the American Civil Liberties Union and the Human Rights Campaign insisted it was discriminatory. In his veto message, Daugaard said the bill ‘does not address any pressing issue’ and such decisions were best left to local school officials.”

This is a huge victory and only goes to show what people can achieve when they work together with their legislators to shape the laws that affect them. Congratulations to the students who met with Gov. Daugaard to help him understand our needs better.