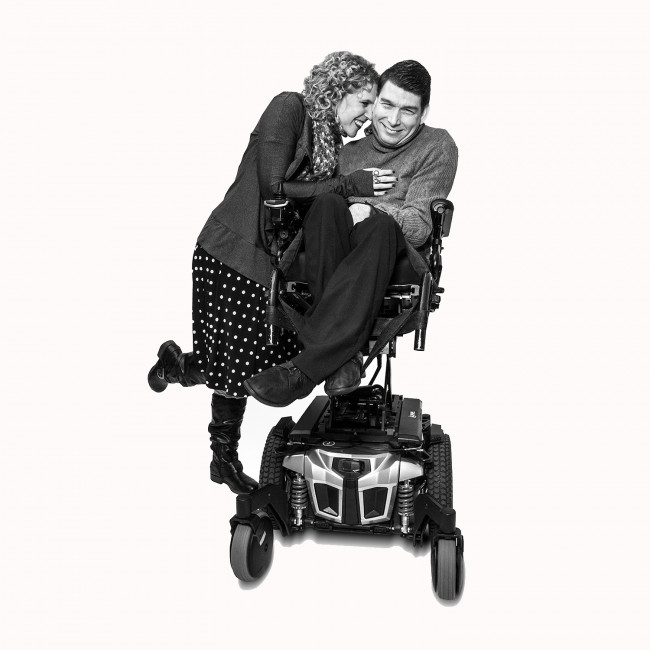 I am the corporate photographer at a company that makes power wheelchairs, and these are some people I work with. 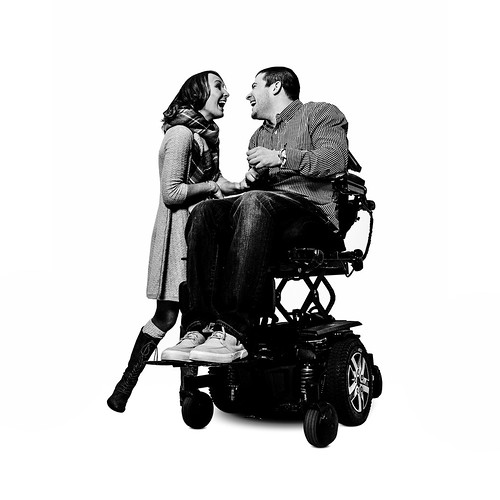 This is Ashley and Kiel. Kiel is a Quantum Rehab consumer advocate and law student. He thinks he’s cool and funny, but he’s really kind of a dork. Exeter, PA. 12/5/15 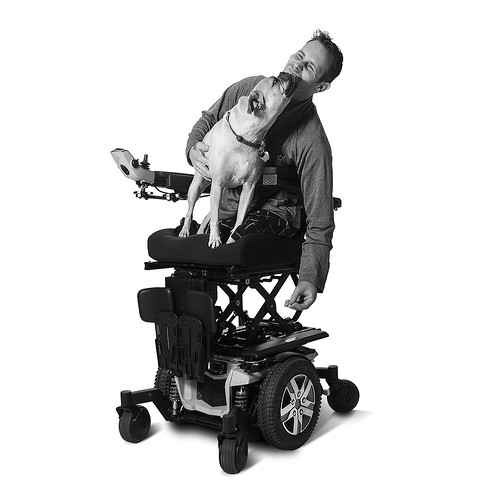 This is Sgt. Bryan Anderson and his service dog, Mya. Byran lost both of his legs and left hand when he was hit by an IED in Iraq. He is now a motivational speaker and actor who has appeared in “American Sniper” and on the TV shows “Hawaii 5-0,” “CSI: NY,” and “The Wire.”

Fun fact: His right hand was spared because he was smoking at the time of his injury. He claims to have quit. Exeter, PA. 1/8/16 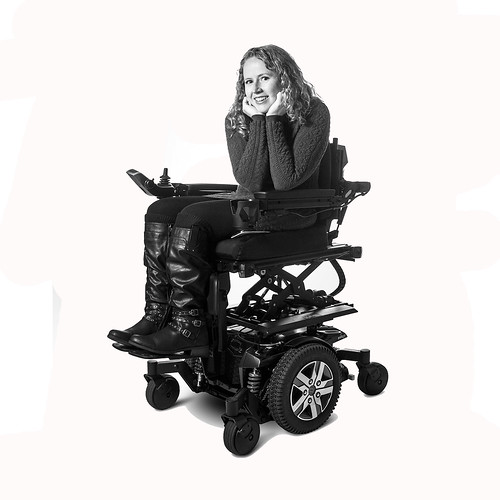 This is Stephanie. She is a lawyer and disabilities advocate. Exeter, PA. 11/12/15 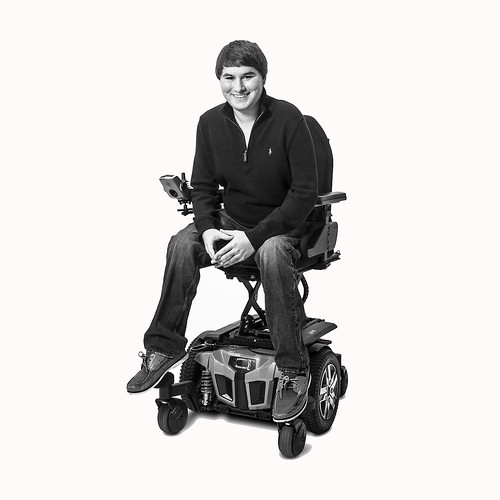 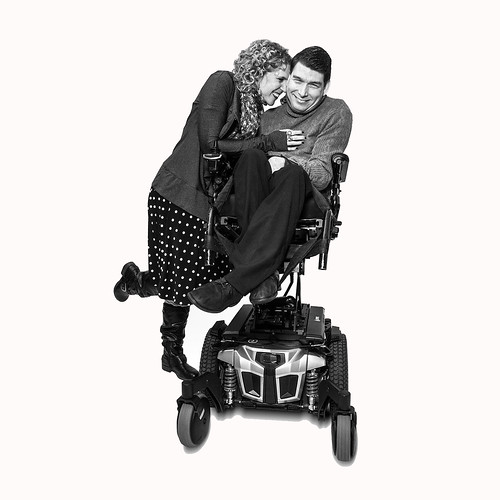 This is Holly and Mark. Mark E. Smith is an author, disabilities advocate, and PR director at Quantum Rehab. He is also the only person in the marketing department who gets my jokes while everyone else stares at me like I’m nuts when I talk. Exeter, PA. 1/28/16