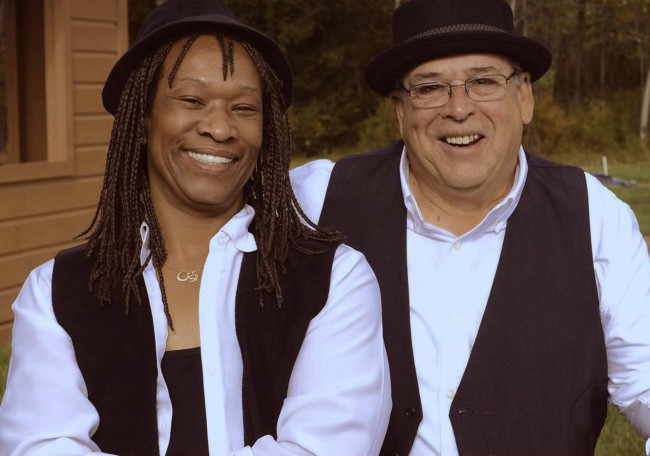 The Scranton Cultural Center at the Masonic Temple has announced a new show that was just added to its 2016 lineup – the Soul Shakers Winter Blues Guitarmageddon. The concert, which features some of Northeastern Pennsylvania’s most talented blues musicians, will take place in the SCC’s Grand Ballroom on Friday, Feb. 26 at 7:30 p.m. and will serve as a fundraiser for the SCC, with proceeds benefiting its ongoing operations, restoration, and programming.

The doors will open at 7 p.m., and the show will begin at 7:30 p.m. A cash bar will be available, and Peculiar Culinary Company’s food truck will be on site with food for sale.

Tickets are $20 and can be purchased at the Fidelity Bank Box Office at the SCC (420 N. Washington Ave., Scranton) in person, by calling 570-344-1111, or via all applicable Ticketmaster outlets. For additional information and a full schedule of events, visit sccmt.org.

From straight ahead blues to ripping funk to R&B, The Soul Shakers have served as backup for some of the best players in NEPA. Sharon O’Connell (drums) and Bill Coleman (bass) have carefully blended their individual styles with Eric Brody (keyboard) and evolved into one of the region’s best rhythm sections, having performed with most of the area’s blues icons. The Soul Shakers will serve as rhythm section to a fantastic lineup of performers: Phyllis Hopkins, Doug and Eamonn Hubert, Bob McCartney, Teddy Young, Clarence Spady, Matt Bennick, and Peter Florance.

Phyllis Hopkins has become a regional blues favorite with her band, the Phyllis Hopkins Electric Trio. She has shared the stage with blues greats such as Sonny Rhodes, Shemekia Copeland, Debbie Davies, Toni Washington, and Ronnie Earl and has released three CDs. Vocalist/harp player Bob McCartney is a longtime member of the local blues scene, having played with Hopkins, Sidetracked, and Funk n Gumbo. His latest project, the Dalton 45’s with guitarist CJ Rosencrance, will release their debut EP this spring.

Eamonn Hubert is a 7-year-old prodigy from upstate New York who started playing guitar seriously about two years ago. He and his father Doug Hubert have been playing rock, blues, folk, and Irish music around the Southern Tier of New York and NEPA since August 2014. Eamonn first performed publicly at age 6 and is the youngest musician to ever take the stage at Binghamton’s Blues on the Bridge Festival, playing Stevie Ray Vaughn guitar leads with the almost the same ease and intensity as some more seasoned players.

In the style of Jimmy Reed, Queens, New York native Peter Florance grew up working in New York City studios and playing guitar in a number of bands there in the ’70s and ’80s in the New York music scene. He has performed guitar duties with blues artists Aron Burton (Albert King’s band), Hound Dog Jones, Little Sammy Davis, Michael Burks, Slam Allen, and many more. Florance now lives in NEPA and fronts his own band, The New Kings.

Matt Bennick’s guitar style has been compared to guitar greats Robben Ford and Larry Carlton. He incorporates elements of funk, jazz, and soul, always adding the blues influence. He developed his unique style by blending it all together into something of his own. Bennick has performed up and down the East Coast, from New York to Florida, continuing to hone his craft as a songwriter and
performer. He fronted Matt Bennick and the Blues Mine and won Guitar Center Scranton‘s King of the Blues Award in 2009.

Teddy Young is one of the hottest and most musically adventurous musicians in NEPA. His forays into improvisation are legendary to his fans. Given the nickname “Young Gun” when he was approximately 16 years old due to his guitar prowess, Young’s name is well-known in the regional blues circuit, and he has toured with his band, The Aces, playing clubs and festivals throughout the United States and Canada. Young is currently working on an album of original material and will be heading to the studio this year.

Described as “the future of the blues” by Bill Dahl of the Chicago Tribune circa 1996, Clarence Spady’s riveting sound has become more distinguishable now than ever before. He plays with a depth and sensitivity that can’t be taught, effortlessly combining blues, jazz, funk, Latin, and rock into his own unique style. His moving guitar play, rough street-edged vocals, songwriting, and live improvisations are demonstrated with every performance.

Born Clarence Sloan Spady on July 1, 1961 in Paterson, New Jersey, he has been performing professionally since the age of 5, ever since his Aunt Bea found him playing “High Heeled Sneakers” on his father’s guitar while backstage at his Uncle Fletchey’s R&B band’s show at a local Elks Club.

Winning numerous awards over the years and appearing on “The Artie Lange Show” in 2013, Spady continues to amaze his audiences at blues clubs and festivals all over Northeastern and Central Pennsylvania, New York, New Jersey, Delaware, and the England States. He is one of those artists that can actually move people, bringing out raw emotions as he connects with listeners of all ages.