What I learned from the Brave New Voices Convening in San Francisco, representing the Breaking Ground Poets 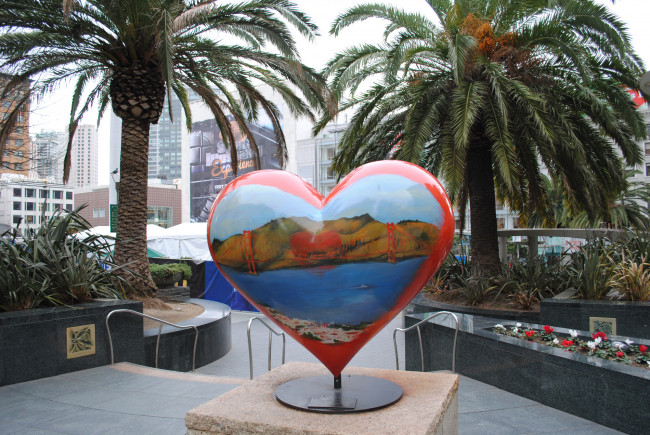 As longtime followers of NEPA Scene may know, we’ve covered events held by the Breaking Ground Poets several times, which eventually led to a partnership with the group that became our bi-monthly Youth Scene Open Mics at Adezzo in Scranton and Twigs Cafe in Tunkhannock. I’ve enjoyed working with this local volunteer organization that fosters young poets through events like these, as well as workshops and poetry slams throughout the year, so I couldn’t say no when their founder, Katie Wisnosky, asked me to represent them at the Brave New Voices Network Winter Convening in San Francisco, California on Feb. 1-3.

Then I remembered that I’ve never been on a plane before. And I’m not a big fan of heights. And this is one of the longest flights you can take in the United States. And I’m an unlikely candidate to represent the group on such a trip.

Unlike Katie and many of those who attended this conference, I’m not a teacher; I’m a journalist. I’m an observer, a recorder of events and, in this case, a stranger in a strange land. I wasn’t sure what to expect, and while I force myself every day to talk to people and appear outgoing, I’m an introvert at heart.

Living up to its name, that doesn’t fly at Brave New Voices, as I soon learned – and that’s a good thing.

From the opening reception on Monday evening to the close of the conference on Wednesday afternoon, if I spent more than a few minutes as a wallflower, someone would introduce themselves and start a conversation. The friendliness and eagerness to hear other people’s stories from across the country ran through the attendees as well as the event itself, which was opened by the founder and executive director of Youth Speaks, James Kass.

Kass began by describing the origins of his social activism during the Iraq War, mimicking the “Hell no, we won’t go!” chants of Vietnam protesters until he realized that younger generations needed to develop their own voice, their own message, which he did when he helped kick-start the youth spoken word movement.

Keynote speaker Jeff Chang, journalist and author of “Can’t Stop Won’t Stop” and “Who We Be: The Colorization of America,” pulled no punches when discussing race issues in America and the urgency for equality, setting the tone early on. This wasn’t going to be some benign parent-teacher kind of conference – the amount of truth bombs being dropped could have leveled the place. It was refreshing to listen to an open and honest adult conversation about race that not only didn’t hold back for fear of offending anyone, but included a diverse group of advocates who could speak firsthand on the subject.

The panel I took the most from personally was by Yosi Sergant, a publicist and community organizer best known for commissioning the famous “Hope” poster for Barack Obama’s presidential campaign, which was created by street artist and OBEY founder Shepard Fairey. It’s important to learn as much from failure as you would from success, and Sergant’s story is a good example of that. To make a long story short, his work took him all the way to the White House, where he became the communications director for the National Endowment for the Arts. After his words on a conference call were twisted and taken out of context by right-wing talking heads like Glenn Beck, he was dismissed from his position, but that didn’t stop him for long.

Instead, he went on to organize powerful art shows like “Manifest Equality” and “RE:FORM School” to encourage and enact positive change, fighting for marriage equality and education reform, respectively, in inventive ways that easily illustrate what words and statistics sometimes can’t. In his own words, he’s in the “give a shit” business these days. His innovative campaigns both online and in real life show just how impactful art with a message can be and, as the founder of an independent alterative arts website myself, I related to his DIY ethics and creative marketing techniques. I’ve had a few ideas of my own floating around in my head for a while that I’m now inspired to put into practice after seeing what he accomplished. 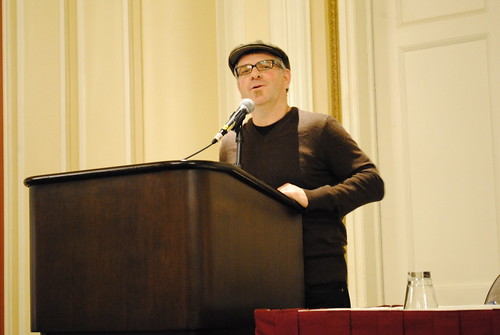 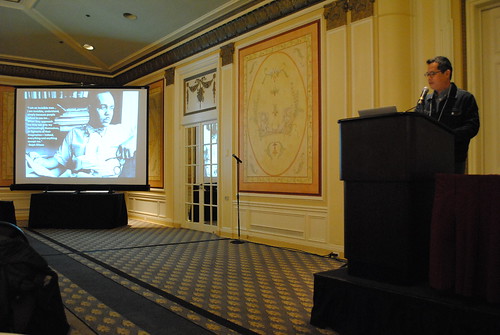 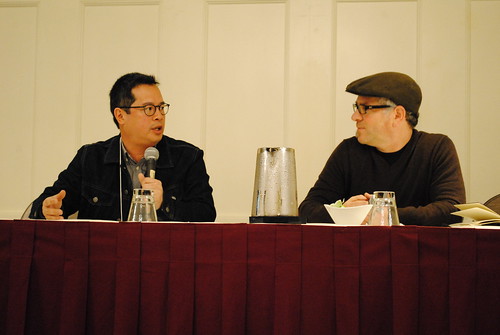 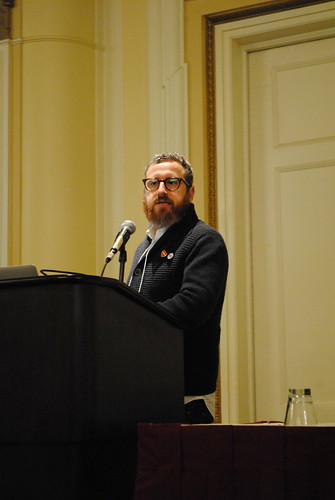 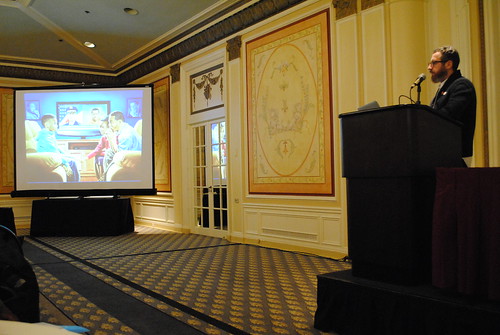 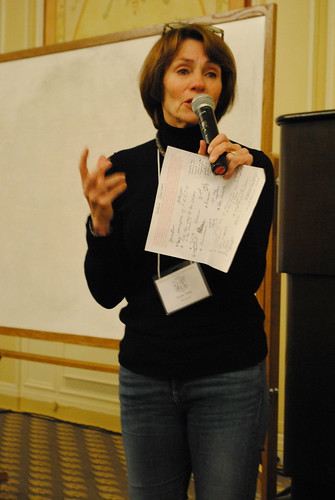 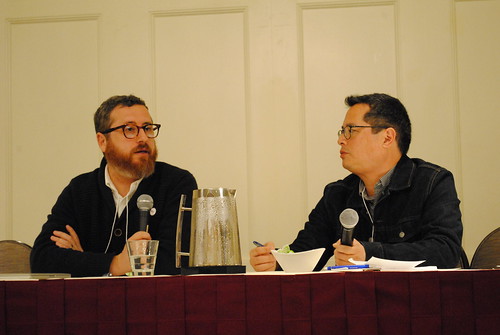 Lynne Twist, a global activist, fundraiser, and author of “The Soul of Money: Transforming Your Relationship with Money and Life,” was also quite inspiring, offering a very different take on asking and campaigning for money. While it’s easy to see money as the root of all evil, it’s better to see it as a powerful tool to fund the change we want to see in the world. Fundraising is a difficult and scary thing for many organizations, no matter how good their cause is, but her beaming positivity and emotional investment in her work made it not only seem right, but easy when looking at it from her perspective.

The final day of the conference focused on helping children dealing with social trauma in unjust situations, and while I am not a teacher, I was asked to be a mentor to the Breaking Ground Poets, so I thought it was important to participate in a group activity where attendees broke off into groups and came up with solutions to hypothetical but realistic situations that young students could be going through – and all the regulations and red tape that can prevent teachers from doing their jobs effectively. Again, the honesty in the room was eye-opening and invigorating.

While I didn’t get to see too much of the city, the beautiful and historic Sir Francis Drake Hotel, where the event was held and I stayed, happens to be located on one of San Francisco’s iconic steep hills where the cable cars run all day long, so of course I went for a ride. Like any major city, it has its beauty, which I saw at Fisherman’s Wharf and other touristy photo-op spots, and its ugliness, which was obvious in its wealth disparity. I watched a homeless man getting arrested in Chinatown for stealing an iPad and many others begging for change while shoppers bobbed in and out of lavish storefronts selling overpriced fashions and jewelry just a few block down. The next day, I met a friendly local photographer who happened to be crossing the street at the same time I was, and he struck up a genuine conversation about how he was attending a nearby art school to pursue his dreams. My first impression of the West Coast was a mixed message, to say the least.

The same could be said of the conference. While I was surrounded by courageous and brilliant people who are fighting a good fight, the fact that they have to fight at all says a lot about the state of education and race relations in this country. These are the overworked and underpaid, the bleeding hearts who want to leave the world a better place than they found it for future generations to prosper, and yet there is always something standing in their way, whether it’s a lack of funding, bureaucracy, corruption, or ignorance. It’s heartbreaking, but not debilitating, because I think of my own story – broke as hell trying to run my own publication and reinvigorate an arts scene in a cynical area – and realize I’ve got nothing on these people who are changing, shaping and, in many cases, saving young lives every day.

My heart may not be in San Francisco, but my mind still is, wishing my new friends and colleges well wherever they may be now. My work with the Breaking Ground Poets – and the local scene they are a part of – is just beginning, and I hope we can accomplish even a fraction of what Youth Speaks and the attendees of the Brave New Voices Network Winter Convening have done.

Our next adventure? To bring the BGP to the Brave New Voices Festival, which includes a competitive youth poetry slam, in Washington, D.C. in July. Thankfully, my fear of flying, among other uncertainties, has greatly diminished. 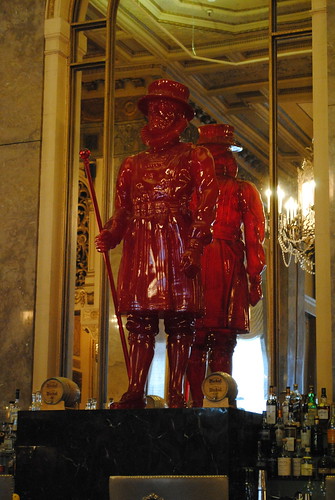 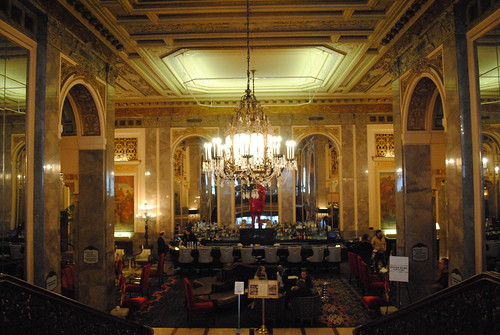 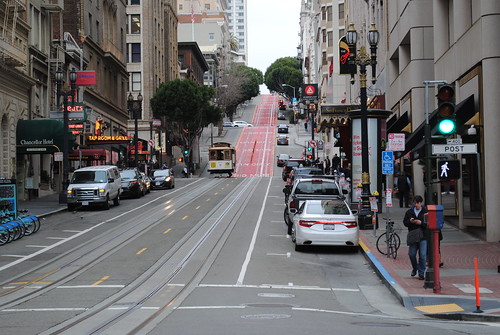 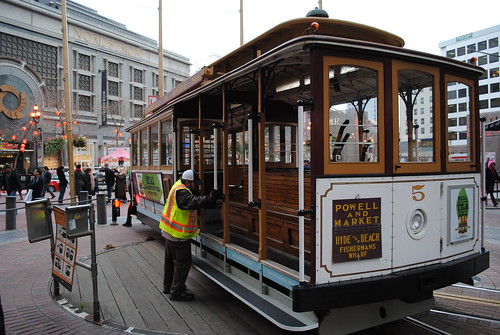 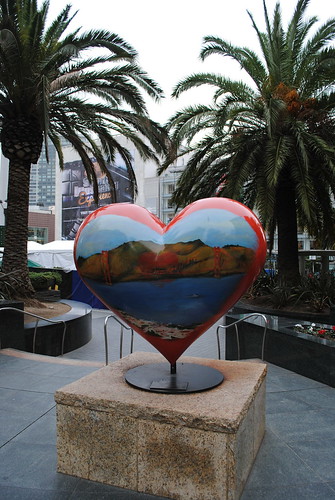 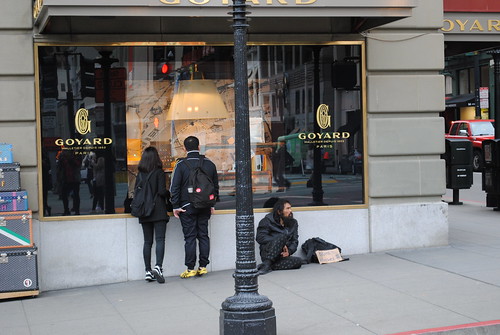 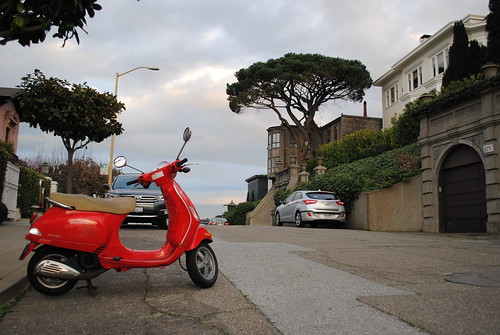 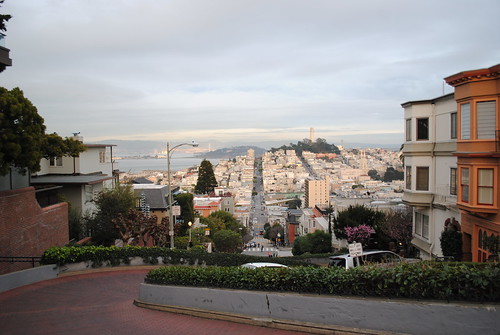 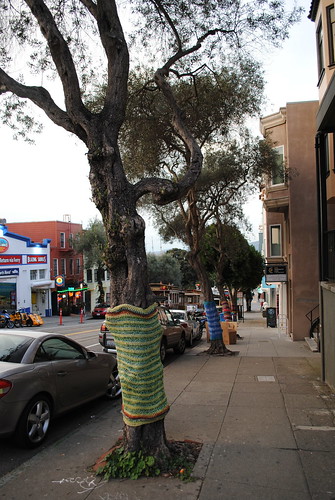 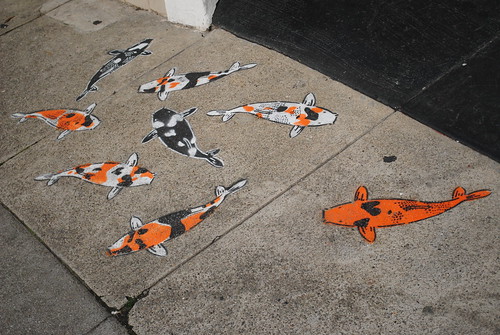 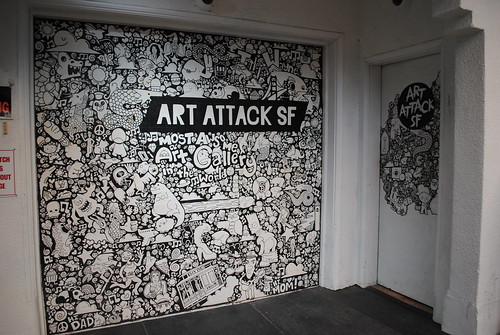 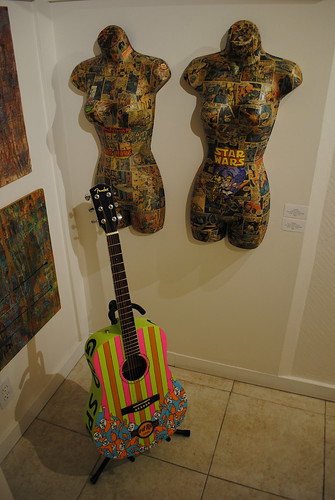 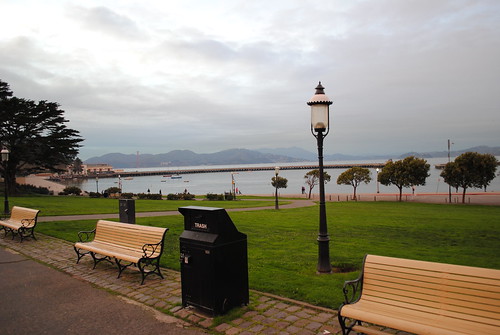 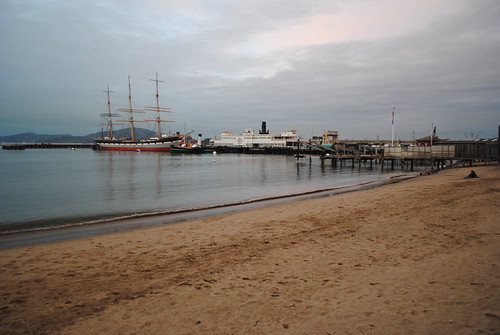 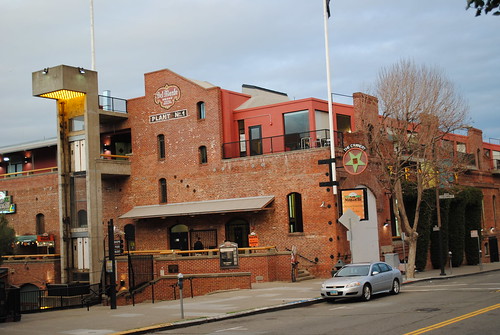 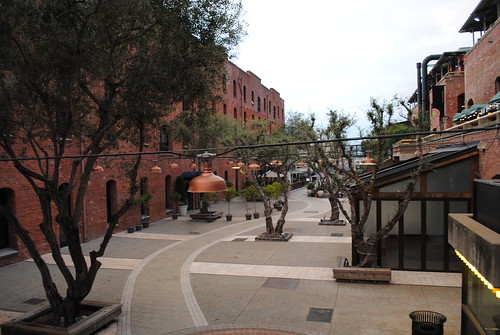 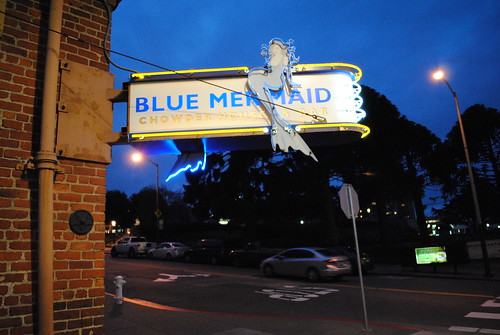