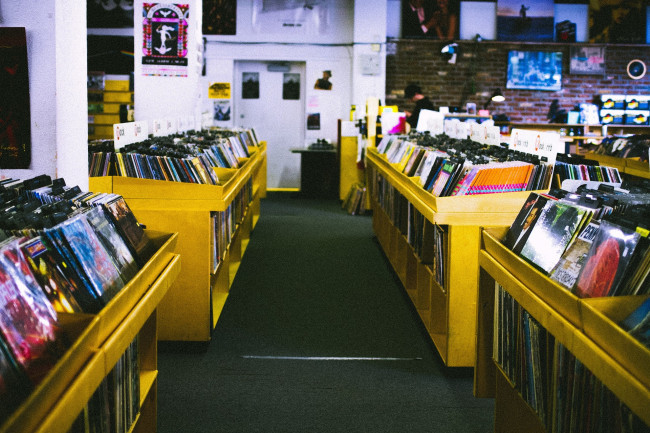 In modern music, popular and otherwise, there are too many to name. And I have a problem with each and every one of the contrived, divisive little fuckers.

You may well say, “Yes, Fud, you overreactive weenie, but they help identify individual styles of music so the listener can more easily find what they like.” To this, I cry balderdash!

What subgenres do, in reality, is retard musical exploration, cause derision between subscribers to each individual category based on the minutia of their classification parameters and, in the most common and sinister of cases (here’s where I go all David Icke on your ass), musical subgenres feed the dying, bloated sow of artist exploitation known as the “major labels.”

I’m a metalhead. Always have been. Granted, I love everything that doesn’t suck, but I needed an example.

Metal is a classic, longstanding subgenre, and when I was in high school, it was also a social status. We were the heads. We smoked the demon weed. We drove rusted muscle cars. We wore denim vests and band jerseys with the sleeves cut off and Levi’s so tight you could tell our religion. We had unruly sideburns and long hair that hung as long in front of our faces as it did down our backs, the blaze orange handles of our giant ‘80s combs protruding from our back pockets. We were a loyal horde and went unchallenged due to our proclivity to violent outbursts. We easily mingled with the more open-minded members of all the other high school cliques, while regularly clashing with the closed-minded of the same crews (which they always regretted). And we were proud!

But I still had to hide my copy of “Purple Rain” when my squad came over or risk unlimited atomic wedgies. Even amongst the fringe, conformity is demanded, and the “major labels” preyed upon this fact.

New Wavers dictated the fashion of the masses! Swatch watches and Jellies shoes would never have been million sellers if Alannah Currie or Martin Kemp hadn’t been doing the Molly Ringwald “Breakfast Club” dance on MTV whilst wearing them.

The “major labels” knew this, and they did not want any miscreant metal scumbags clouding the waters or opening up a musical dialogue that might draw away a single 45 rpm record’s worth of available lucre from even one solitary fan/consumer.

Today, with the advent of indie labels who not only allow artists creative freedom, but actually pay them what they’re owed and let them keep their publishing rights, the plight facing the scourge upon audio that was the “major label” machine grows increasingly dire.

At the height of their powers, these corporations redefined cretinism. An example rife with sneering enmity being their assumption that the hoax that was Milli Vanilli was not only an OK thing to do, but that we would buy into the ruse with abandon.

When that is exactly what we did (the metaphorical “we,” as I was listening to Saxon at the time), the manifestation of their immunity from morality was complete. They strutted like diseased peacocks, flaunting the arrogance of a “too big to fail” attitude.

(File sharing was David’s slingshot to that Goliath, however, although some artists still bitch about not getting paid enough. I wish my biggest gripe was that too many people listening to my songs on YouTube for free because they’ve still got to buy tickets to the show, where you sell merch and one-day-only copies of that very evening on CD. This is a pontification for another time… I digress.)

Residual arrogance of those heady times lingers today, but now it is mingled with the terror of witnessing one’s own extinction and a realization that they have hastened your doom. This doesn’t make the big dogs innovative, or even contrite. Rather, their heels firmly dig in as they go to any available length to try and prove they still own us, even as they slip deeper into the grave.

“How, Fuddy? Tell us how they attempt to keep us under the boot heel of corporate music!” All will be revealed, grasshopper. And, in a word: subgenres.

Pigeonholing consumers when they are young and susceptible to social acceptance and peer pressure makes them a lock for life.

The music you heard getting your first kiss, or copping your first feel, on the first solo drive with your buds, at a kegger in the woods, at the prom, after your first heartbreak – this will be the go-to soundtrack of your life, for the entirety of it!

In reality, there are genres of music, yes. But subgenres are an industrial fabrication. Allow me to elaborate…

Take the following genres (which may also be construed as subgenres, but their well-documented provenance makes them exclusive to this argument):

This is the musical equivalent of Christians against Christ, y’all. It is oxymoronic at best and straight-up, reg’lar old moronic at worst. These two styles of music can no more be combined than oil and water – yet, I personally have friends whose musical tastes I respect but who also bandy this egregious aggregate about as if it were an actual, real live thing. It’s maddening.

Green Day, Blink 182, et al. have been tagged as such, yet the majority of innovators (term loosely used) involved in this style of music flatly defy the validity of a moniker comprised of such hokum.

So, if it can’t exist in reality, yet the reality is that it exists… whaddafuck?

“Major labels” do refuse to promote artists who have slaved for their craft, bled for their art, rehearsed, toured, and travelled three men deep while the little dude had to sit on the doghouse of the van.

“Major labels” don’t invest in developing said acts so they can create their own individual style.

“Major labels” don’t promote the output of said acts simply as “music” for its audience to find it organically. To the contrary, they prefer non-musicians to make stars because they have no artistic integrity that must be crushed before they can get what they want out of them.

“Major labels” instead create “talent” where there is none with the use of algorithmic software. They calculate formulas to pander to the most base of emotions, creating false mass appeal and automaton-like consumption. Finally, they add corresponding classifications based on market research and laser-focused on distribution to a specific demographic, selling a product intentionally void of any artistic content and musical integrity.

Yes, yes, I know what you’re thinking: “It’s the music business, Fud. You can’t make money if you let the artists do whatever they want!”

Yeah? Tell that to Ahmet Ertegun.

If you don’t know who Ahmet Ertegun is, you shouldn’t be reading this and may Zappa have mercy on your soul.

Where the fuck was I going with this? Ah, screw it.

Listen to me! Listen to me, oh music consumers of the new millennium!

Don’t buy into the soul-crushing poison of commercial radio (there’s only one station anyway)!

Listen to whatever blows your hair back! Critics, experts, textperts, and choking smokers be damned! Fight the power!

Don’t let these agents of capitalism run amok decide your tastes! Buy vinyl! And buy it because the cover art is cool, or because the producer of your favorite act was an engineer on it before his big break!

Do your own reaearch! Listen to random Internet radio stations!

And never, ever say there is no good new music! Because if you truly believe that, you’re officially too old and should start preparing a fund to pay your final expenses, as not to be a burden on your surviving kin.

There are only two types of music: good and bad. Anyone who says there’s more is selling something.

But what the fuck do I know?