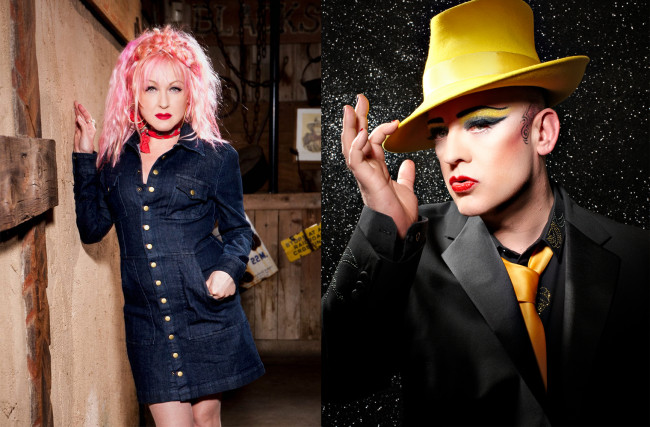 For more than 30 years, Cyndi Lauper has been a songwriting provocateur. Her musical achievements are so pervasive that they have become entwined in the cultural landscape. A Grammy, Emmy, and Tony Award-winning artist with record sales in excess of 50 million, Lauper has proven that she has the heart and soul to keep her legion of fans compelled by her every creative move.

The iconic performer and musical chameleon has announced the “Detour Tour,” featuring a co-headlining performance by Boy George, in support of her upcoming studio album “Detour,” available May 6. The tour comes to the Sands Bethlehem Event Center on Saturday, May 28 at 8 p.m.

Lauper first found acclaim in 1983, co-writing a pair of memorable singles, “Time After Time” and “She Bop,” for her seminal debut, “She’s So Unusual.” Spring-boarding off this success, she co-wrote most of her follow-up album, “True Colors,” including the hit “Change of Heart.”

Throughout her career, Lauper has penned tracks with an assortment of her peers, including Billy Joel, The Hooters, Mary Chapin Carpenter, Jeff Beck, Nellie McKay, and many others. Her celebrated musical journey takes an unexpected southern turn on “Detour,” her 11th studio album, where the singer/songwriter puts her signature spin on a dozen classic country songs from the ‘40s, ‘50s, and ‘60s and features guest appearances from county music stars Vince Gill, Emmylou Harris, Alison Krauss, and Willie Nelson.

In 2013, her decades of songwriting culminated in Lauper’s first foray into Broadway, composing the music for the critically adored Broadway musical “Kinky Boots.” The musical won six Tony Awards, including one for her score, which made her the first woman to win solo in that category.

British singer Boy George is universally recognized as one of the music scene’s most iconic artists, and for the past 30 years, he has maintained a strong position at the forefront of this ever-changing, multifaceted industry.

He combined a strong, soulful singing voice with a provocative sense of fashion, both of which were first brought to the attention of English and American audiences in the group Culture Club, for whom he served as lead singer from 1982-1986. The group wrote and played impeccable pop music, and Boy George’s androgynous persona – heavy makeup and outrageous costumes – gave the group a distinct video image in the dawn of MTV.

To date, George has sold over 100 million singles and in excess of 50 million albums as a performer and songwriter with ’80s super group Culture Club and as a solo artist in his own right. He also continues to be one of the world’s most successful and in-demand international DJs, touring extensively across the globe.

This Grammy-nominated performer has created a worldwide presence that transcends age, race, color, creed, nationality, and even religion. 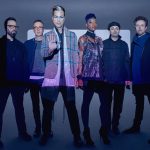 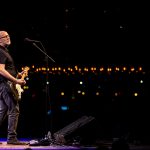