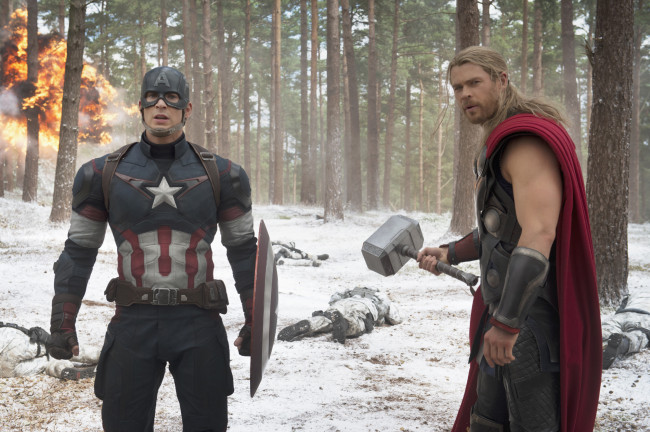 Marvel blockbuster films such as “Captain America: The First Avenger,” “Captain America: The Winter Soldier,” “The Avengers,” and “Thor,” along with hit TV programs such as “Agent Carter” and “Agents of “S.H.I.E.L.D.,” have attracted millions of fans, with megastars Chris Evans, Chris Hemsworth, and Tom Hiddleston among the main attractions. Now, those three, plus popular supporting actors Anthony Mackie, Sebastian Stan, Hayley Atwell, Dominic Cooper, Stanley Tucci, and Frank Grillo, will gather for the first time at Wizard World Philadelphia on Saturday, June 4 and Sunday, June 5 at the Pennsylvania Convention Center.

The announcement was made today by Wizard World, producer of the largest comic con and pop culture convention series. All are scheduled to appear on both days except Hiddleston, who will attend on Saturday only. The guests will greet fans, sign autographs, pose for photo ops (solo and in several different themed combinations), and conduct interactive Q&A panels.

“This will be the greatest collection of Marvel stars in one convention setting,” said Wizard World CEO John Macaluso. “As if it weren’t enough to have Chris Evans and Chris Hemsworth return to the tour, the addition of Tom Hiddleston in his only appearance all year is a huge coup for fans. When you combine that with Michael J. Fox, David Duchovny, Stephen Amell, and Norman Reedus, among the many others already attending, this will be one show fans won’t want to miss.”

A wide variety of VIP admission packages for individual and groups of the Marvel stars are now available. Fans can visit wizardworld.com for options.

Evans, who has emerged as one of Hollywood’s most in-demand actors for both big budget and independent features, can next be seen this May in “Captain America: Civil War,” the third installment of Marvel’s Captain America franchise. In each film, Evans, who attended his first Wizard World event in New Orleans in January, reprises his role as the famed Marvel Comics character Steve Rogers, who transforms into Captain America after volunteering for a top secret research project in hopes of defending America’s ideals. Both films grossed over $713 million each at box offices worldwide.

Hemsworth, a bit hit at last weekend’s Wizard World Cleveland show, was first introduced to U.S. audiences in “Star Trek” in 2009. Three years later, he also starred in Universal’s big revisionist fairy tale “Snow White and the Huntsman” opposite Charlize Theron and Kristen Stewart and in the horror feature “The Cabin in the Woods.” As prolific as 2012 was for the Melbourne, Australia native, 2015 was even bigger, with four feature films including “The Avengers: Age of Ultron,” “In the Heart of the Sea,” “Vacation,” and “Blackhat.” He also will play the lead in the sequel “The Huntsman: Winter’s War” and a key role in the reboot of “Ghostbusters,” both scheduled for release this year.

Hiddleston, who played Loki in “Thor,” “The Avengers,” and “Thor: The Dark World,” will also be featured in the lead role in this month’s “I Saw the Light” about the life of country-western singer Hank Williams. The London-born star has top billing in the series “The Night Manager” and had a co-starring role in last year’s hit film “Crimson Peak.”

The Marvel stars join an already standout Wizard World Philadelphia celebrity field, which includes David Duchovny of “The X-Files,” the “Back to the Future” trio of Michael J. Fox, Christopher Lloyd, and Lea Thompson, and “The Walking Dead” standout Norman Reedus, with many more to be announced. 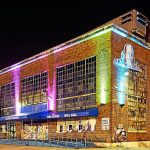