Peanut butter and chocolate, a nimble car on windy roads on a sunny day, science fiction movies and LSD, IPAs and grapefruit – some things are just born to be paired together!

But just because things are made for each other doesn’t mean that they’ll always work, particularly if both sides don’t play their part, so let’s see if this Sam Adams Grapefruit IPA has the harmony to pull off a beautiful friendship! 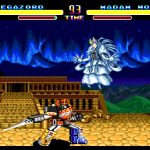