Award-winning author Marty Essen will present the global travel and photography show “Around the World in 90 Minutes” on Tuesday, April 12 at 7:30 p.m. at Misericordia University in Dallas.

Essen’s high-energy multimedia program features interesting facts, humorous stories, and the best of thousands of photos he took while traveling the world for his first book, “Cool Creatures, Hot Planet: Exploring the Seven Continents.” The program, held in the Huntzinger and Alden Trust Rooms 218-219 of Sandy and Marlene Insalaco Hall, is free and open to all ages.

“It’s the type of show where the audience has fun laughing at the stories, oohing and aahing at the photos, and then, when it’s all done, they realize just how much they’ve learned,” Essen said.

“Around the World in 90 Minutes” began as a show Essen presented in bookstores as part of his first book tour. Later, after numerous refinements, the show took on a life of its own in colleges, museums, and nature centers across the United States. Highlights of the show include amazing animal facts, information on bizarre creatures and endangered species, debunking animal myths, and pictures of Essen’s adventures, such as swimming with piranhas, kayaking in the rainforest, hiking with the Porcupine caribou migration, rafting with humpback whales, and surviving a hippo attack in Zimbabwe.

Essen is an Amazon No. 1 bestselling author who has won multiple book awards for travel/essay writing, including the Benjamin Franklin Award, the Best Books Book Award, and the National Indie Excellence Award. In addition, he won a first place award at the 2009 Green Book Festival in Los Angeles and had his book “Cool Creatures, Hot Planet” named a Top 10 Green Book by the Minneapolis Star-Tribune.

Essen’s newest book, “Endangered Edens: Exploring the Arctic National Wildlife Refuge, Costa Rica, the Everglades, and Puerto Rico,” was published in January and is an Amazon No. 1 Hot New Release in five different categories. He will be signing copies of the new book after the show.

Founded by the Sisters of Mercy in 1924, Misericordia University is Luzerne County’s first four-year college and offers 32 academic programs on the graduate and undergraduate levels in full and part-time formats. Misericordia University ranks in the top tier of the Best Regional Universities – North category of U.S. News and World Report’s 2016 edition of Best Colleges and was designated a 2016 Best Northeastern College by the Princeton Review. 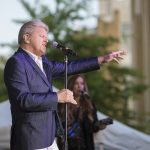 PHOTOS: Peter Cetera of Chicago at Misericordia Under the Stars Summer Arts Festival, 07/29/17 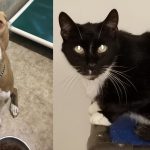