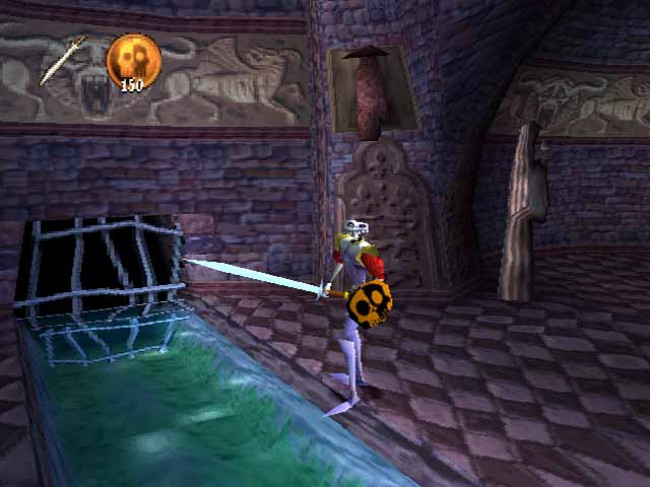 Spiritual successors in gaming are always interesting because, while inspired by other classic games, sometimes they are actually wrongfully attached to those games when, in reality, they are their own distinct games, despite their inspirations.

While “Maximo: Ghosts to Glory” on the PlayStation 2 wears its love of the “Ghosts ‘n Goblins” arcade game of the 1980s proudly, today’s topic on Turn to Channel 3 takes the original formula and tweaks it with a truly unique style all its own.

“MediEvil” for the original PlayStation console introduced us to a new kind of hero, combining elements of action and humor to make it stand out from the stacks and stacks of PlayStation games available already, but the question is, does it still stand out today? Join us on our journey with Sir Daniel Fortesque to find out!

What many people do when taking their very first look at this title is judge a book by its cover because “MediEvil,” at least on paper, looks like a fairly basic and very weird game, but that’s the thing about good games that change the industry for the better – they are far greater than the sum of their parts.

The soundtrack in this game is among the best on the original PlayStation, with a nice assortment of dark and ominous music, mixed with some whimsical and well-orchestrated tunes that grab onto you as you hack and slash your way through the game. While the sound effects and voice-overs in the game are nothing stellar, they are pretty funny at times, and I love any kind of game that knows how to laugh at itself. I’ve always felt these kinds of developers make the best games, or at least the kind of games that stick with you.

Yes, most of the graphics you encounter in “MediEvil,” as far as within the actual gameplay itself, can appear grainy and pixelated at times, choppy even to some, but this isn’t to say that you don’t know what you’re looking at. In addition, I did feel most of the levels were well-designed, but what makes “MediEvil” a step above the titles it is paying homage to would be the superb full motion video that presents itself throughout the game, which adds that much more depth to the gameplay and storyline.

“MediEvil,” from top to bottom, is filled with some unique and well-designed characters. Like a quirky comic book, the characters in “MediEvil” are full of charm and appeal, which is apparent in the style in which they were designed.

Yes, this is a hack and slash game, inspired by games like “Super Ghouls ‘n Ghosts,” but it gets so much more entertaining and is filled with challenges, items, and weapons that make it stand apart from others that follow a similar recipe. It is easy to dismiss the title early on, but giving up on it so soon is a grave mistake (pun intended) because the various challenges, bosses to fight, and weapons to collect make the early parts of the game worth enduring, I assure you. “MediEvil,” in some ways, became a cult classic on the PS1, and for good reason – it is just fun to play.

Like a grumpy old man, I often grumble that today’s video games lack that it factor that “MediEvil” has, that one thing that sets them apart from the rest. This is a prime example of why retro gamers like myself still lament over the “good ol’ days” of gaming; they just don’t make titles like this anymore, even though they should.

An undead knight going up against the forces of evil is something that seems silly, but that’s why it works. Sony had to do all they could to differentiate themselves from other gaming companies, and with titles like “MediEvil,” they did just that.

Speaking of silly, next month begins our Turn to Channel 3 tradition of looking at some of the very worst – or at least strange – games to etch themselves infamously into the annals of gaming history. Until then, don’t be April fooled – there’s always time to game on!