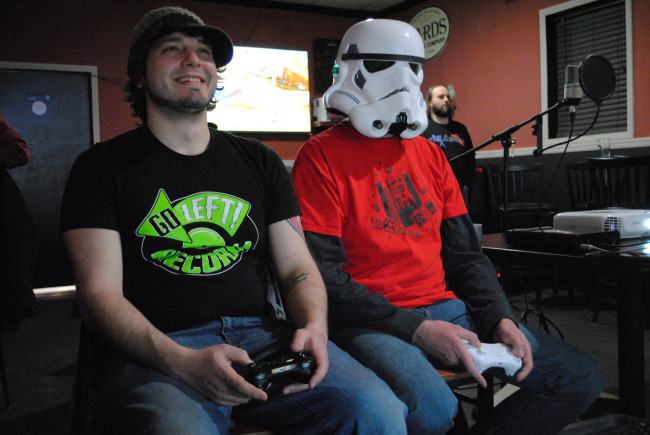 After nine full episodes of the NEPA Gaming Challenge, Jamie Nelson, proprietor of 1Up Games in Forty Fort, and Jim Loomis, founder of Go Left! Records in Edwardsville, challenged the public to a game of “Mario Kart 8” on the Wii U in their first-ever live event on Friday, Feb. 19 at The Susquehanna Tavern in Exeter.

With free drinks, prizes, and pride on the line, they played round after round on a giant screen that stretched from floor to ceiling against various competitors, with Jamie holding his own against all of them but one. The first 10 matches are online now, with more to come. 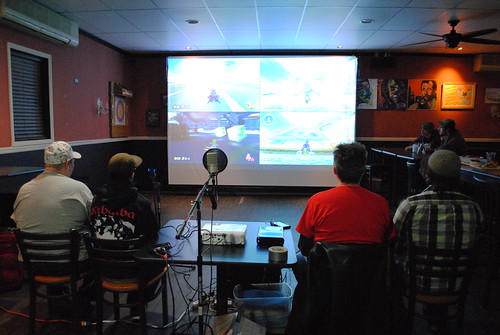 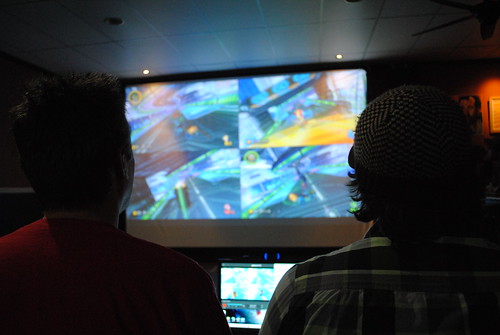 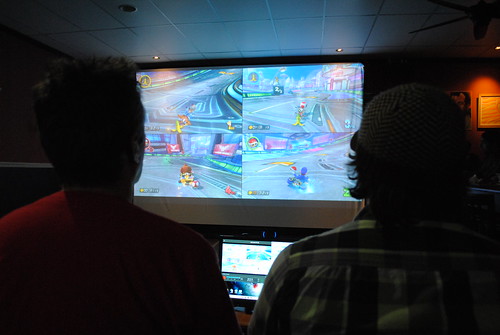 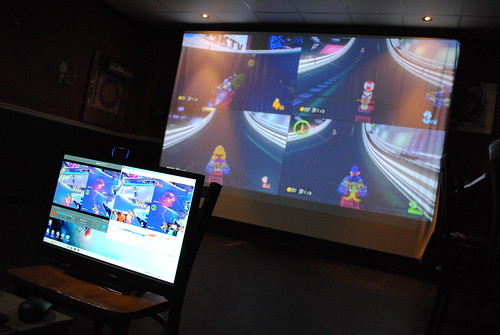 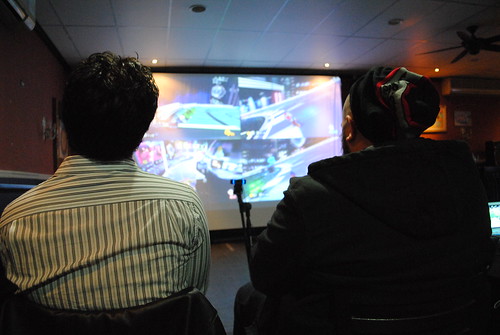 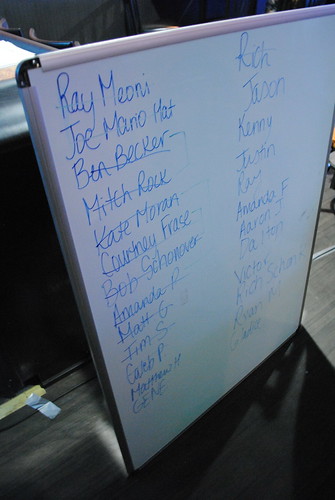 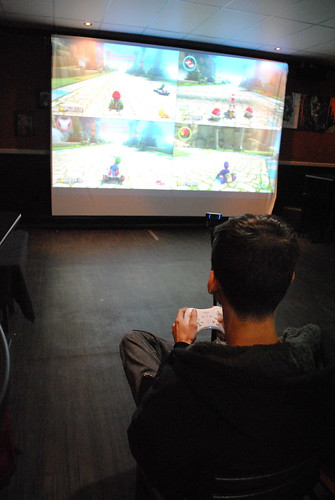 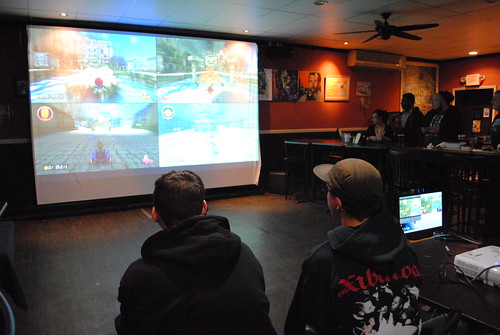 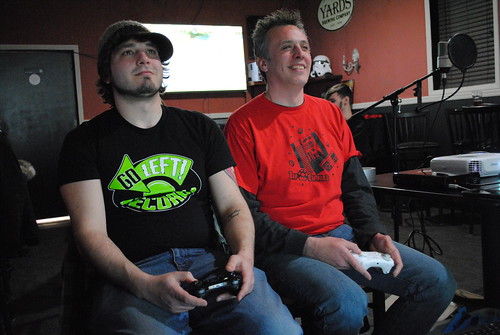 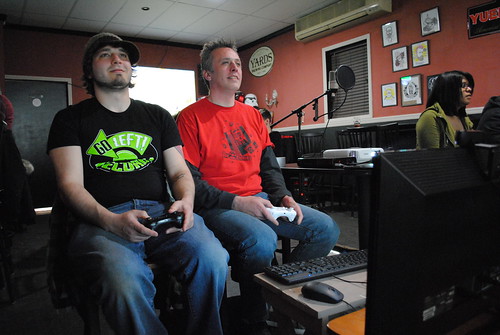 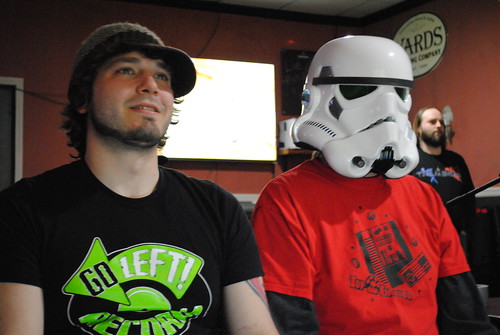 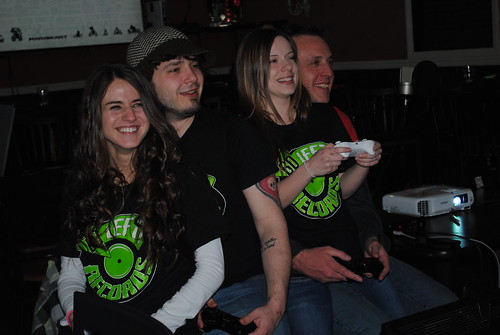 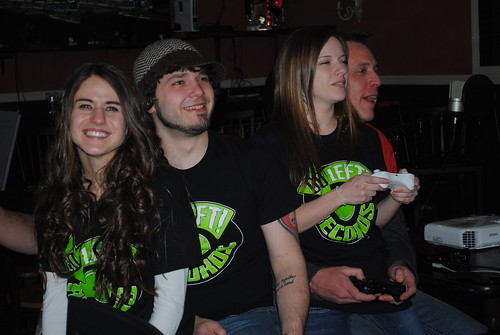 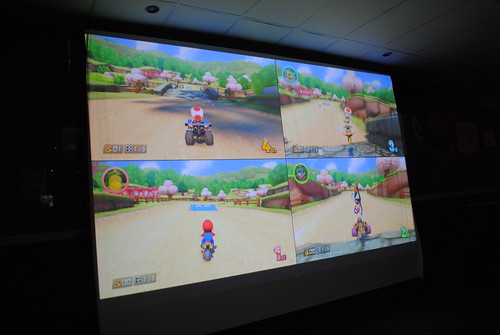 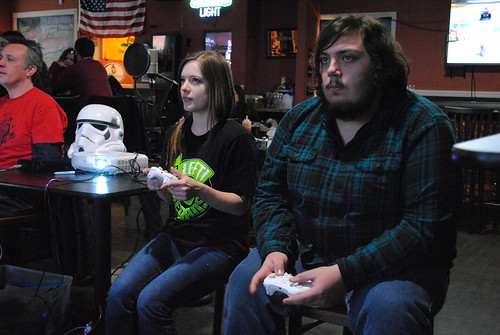 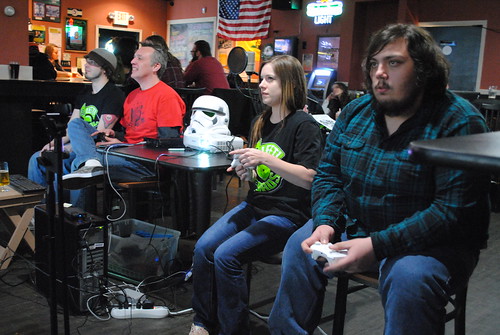 Listen to Jamie talk about this night, as well as his shop and retro games, in Episode 49 of the NEPA Scene Podcast.