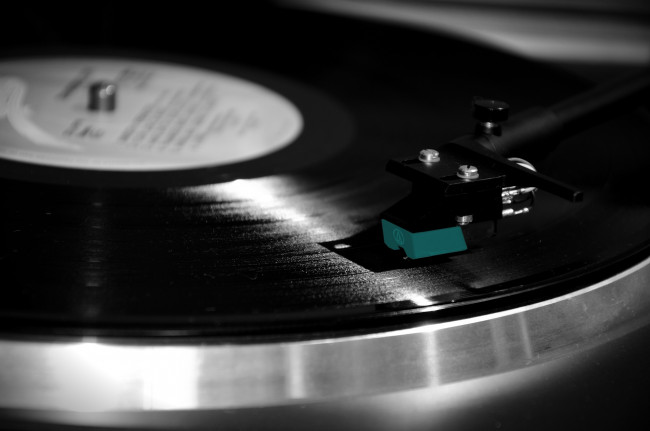 Proprietor R.J. Harrington not only possesses an encyclopedic knowledge of all things record related, he makes recommendations based upon what you ask for and asks you qualifying questions to determine your best fit. No algorithm – he uses his experience and his gut.

Not to mention he’s goddamn funny. Dry as a bone, sharp as a tack funny.

The store is awash in LPs. Literally. They’re everywhere. And not just an estate sale’s worth of Cowsills albums – everything. Original, pristine copies of “Exile on Main Street,” “Sgt. Pepper,” “Take Five,” “Give ‘em Enough Rope,” “Another Pile,” “Stained Class,” “Tapestry,” “Highwayman”…

Add VHS, SNES, and Sega cartridges to that and it’s all there, man.

Plus, there’s new stock every time you visit. Every time. If you’re looking for something and can’t find it, they’ll look for it. I have standing orders for some weird shit. And I’ve got a ton more at home because they tracked it down.

This is why Embassy is still open and Tower Records superstores are as dead as Caesar.

I don’t buy new music every week like I did as a teenager. There’s just as much music I want being released weekly, but there’s a ton of everyday routine, fewer ducats, less get up and go, and not as many hours to listen to what I do buy. But, if the stars align, I do not ever pass up the opportunity to go on a record quest.

Am I a Luddite? Actually, kinda. But, in all honesty, most new stuff is poorly manufactured, doesn’t work out of the box, and if it does, it breaks within 15 minutes so Ludditism is not an unreasonable position.

Do records really sound better? To my ears, yes. But, strictly speaking, they sound different than other formats. There isn’t the massive compression that digital files suffer from, and analog tends to produce a warmer, more human sound. Even when listening to a synthesizer.

Is it because the cover art is actually big enough to look at and appreciate? Yes. Yes, it is; it’s something I value more and more with each passing year and new ocular prescription. Also, liner notes are like being a fly on the wall of a recording session. Or a history lesson that doesn’t necessitate you memorizing the date of the signing of the Magna Carta.

Gatefolds! There has never been anything to compare with the visual impact of a double LP gatefold. Pink Floyd’s “The Wall” comes to mind, an illustration for the musical literature being fed to your head. Sometimes it’s lyrics, or in the case of Roxy Music, the spark that ignited the adolescent libido of a million youths.

And records smell good. Better and better the older they get, too. Much unlike myself. Sigh… where was I? Oh yeah…

Let us not forget the ritual of record purchasing and handling, nor should you underestimate its influence on how we listen!

Dig, if you will, a picture – you have been saving all month. The new (state band name) LP comes out today! Having woken up before noon on a Saturday, you count the minutes until the record store opens as you try and get the wrinkles out of the wad of ones you fished out of the front pocket of your Levi’s. Next, you count the coins, placing them in tidy stacks, 10, 15, 20…

Finally, your mother/father/older sibling/friend who actually passed the driving exam calls you. It’s time to go!

Time drags as you make what you swear used to be a three-mile trip, but now it’s just taking too goddamn long! But, eventually, you see it, glowing in the distance like the cherry end of Jimmy Page’s doobie in the distance… the record store!

As you walk through the doors, it’s all you can do to hold yourself back from dashing to the place where the letter tab on the bin divider you need awaits. Using all your will, you stroll slowly to it. Flip… flip… flip… there! There it is!

You lift the gleaming cardboard square from its Formica cradle, the fluorescent brilliance from the overhead light flashes off of the shrink wrap as you catch your first glimpse of the long-awaited cover art… it is glorious.

You don’t remember paying, just the guy saying, “Played it a dozen times this morning; it’s their best yet,” and you realize you are back in the car, en route to your date with destiny. Can’t this tub go any faster? Don’t they understand I can’t listen to it until I get home?

Finally, the moment of truth. You pierce the shrink wrap on the open end of the cover and slowly drag your thumbnail towards you, parting it like a lover’s waiting lips.

Gently, you tip the sparkling sheet until the heavy platter slides into your palm, the inner dust jacket clinging to it. This is the last barrier between you and the message you’ve waited so patiently for all these months since first reading they were back in the studio in the February edition of Creem (Boy howdy!).

You face the turntable and carefully, expertly lower this new treasure onto it, the spindle penetrating the small, perfect opening in its center.

A violent thrust and the headphone jack slides in with a click; then you softly place the padded cans onto you eager ears. Next, reaching for the stylus arm, you raise it aloft with the tip of a single finger, lowering it slowly, slowly until the first “zip” of contact.

You only have a few seconds to turn off the light and lay down on the floor before the music comes, and you make it with no time to spare.

Then, it begins… pulsating, throbbing, entering your brain with both brutality and tenderness. Yes! Yes yes yes!

Just as you reach the crescendo, music heaving and undulating between your open ears, suddenly… nothing!

You raise your nearly spent body to its knees and flip the record.

Want to hear how it ends?

Go to your friendly neighborhood record store on April 16.