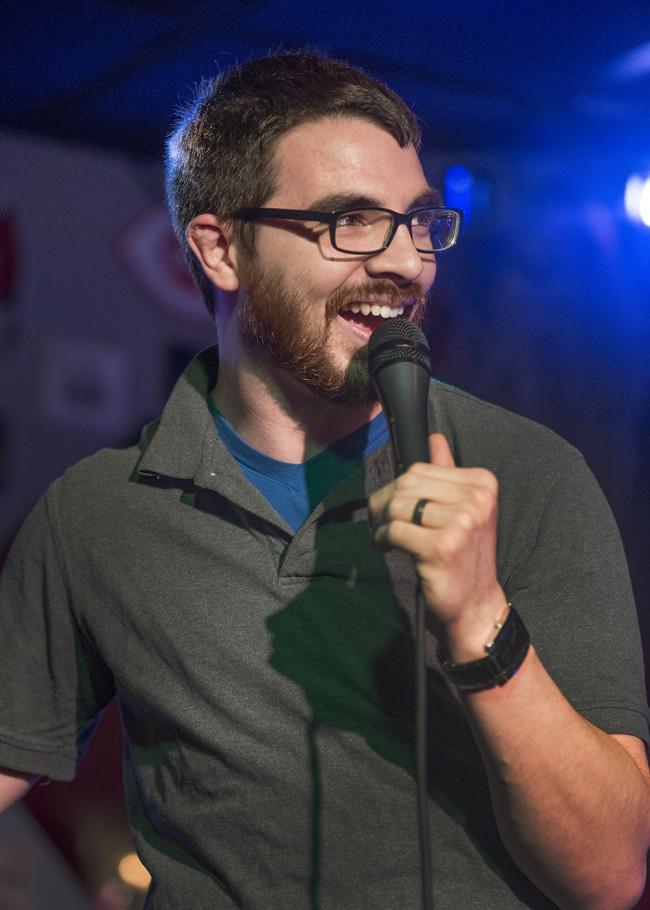 A lot of people think they’re funny on April Fool’s Day, but Zack Hammond is hilarious year-round, as his brand new album, “Appalling,” proves on track after track.

Originally from Maryland and currently living in Luzerne, Hammond is one of the hardest working comedians in Northeastern Pennsylvania, performing practically every week around the area, as well as in New York, Philadelphia, and anywhere else that’s unafraid of his unapologetically offensive humor.

Winning NEPA Comedy Idol in 2010 and hosting the event the following year, it’s no surprise that Hammond also took first place in Season 1 of NEPA Scene’s Got Talent, where one of the prizes was recording time with TwentyFiveEight Studios. He used that time to record a full hour of live stand-up at the Origins Gallery in Stroudsburg on Sept. 18, 2015, and now “Appalling” is finally available to the public.

“I’m actually proud of this album. My first one was made with the intention of just getting an hour’s worth of jokes recorded. This new album was made with a real focus on being a legitimate comedy album,” Hammond told NEPA Scene.

“A new hour, a direction, and an identity. I know who I am as a comedian, and ‘Appalling’ represents that. It’s the best work I’ve done… for now. I will outdo it.”

The album, sponsored by The Game Chateau, is streaming below via NEPA Scene’s SoundCloud:

Purchase the album now through Gumroad for $10. Physical copies of the album are also for sale at zaxcomedy.com or at any of Hammond’s live performances.

Learn more about him in an in-depth interview here or listen to him on Episode 10 of the NEPA Scene Podcast.