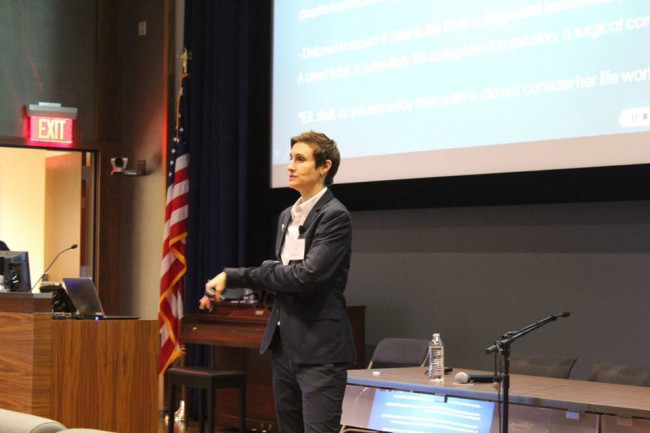 The Commonwealth Medical College in Scranton held their fourth annual conference on transgender health care and awareness on Monday, April 11 with a record turnout. Students, faculty, and practicing physicians crowded the main auditorium to hear from the transgender community, as well as its families, friends, and allies within the overall LGBT community.

It’s still a little hard for me to believe that this free event is in its fourth year. When I heard about it last year, I was excited simply to attend as an audience member. My interest was in gaining a better understanding of how the medical community was learning about us while learning more about the community around me. I never imagined that, one year later, I would be speaking on a panel, representing my community at this very event! I was honored – and proud – to be there!

The morning started off with a presentation on how to be a better ally by transgender rights organizer for Equality Pennsylvania, Daye Lily Pope. In a presentation that covered terms and phrases used to describe transgender people – including terms to never use – she provided multiple ways to get involved as an advocate and activist. She discussed topics such as gender nonconforming, nonbinary people, those who identify as neither gender, and those who identify as both in a fluid expression of who they are. Sexuality was also discussed, and we looked at ways gender and sexuality are separate and how to respect that of all people.

Later, Daye Pope held a breakout session on dating and disclosure for trans individuals. It was a topic I took great interest in as a single, transgender woman looking to find her way in the dating pool. This session was more of an open-ended discussion, where topics ranged from how to disclose your trans identity, whether you should, reasons why an individual might choose not to disclose, and more.

I found myself personally invested in this session because I understand how many of us must face our fears in order to put ourselves out there. We face so much fear. We have so much self-guilt and low self-esteem. Many of us find it difficult to date – we worry about anything the average cisgender person would worry about while piling on fear of rejection, facing bigotry, and violence. As it turns out, we have problems that are not mutually exclusive to being trans, but to the dating life, in general, including abuse, toxic relationships, and fidelity. It’s a tough scene to get into, so it was good to know that my feelings were shared with many others. It’s good to know I’m not alone. 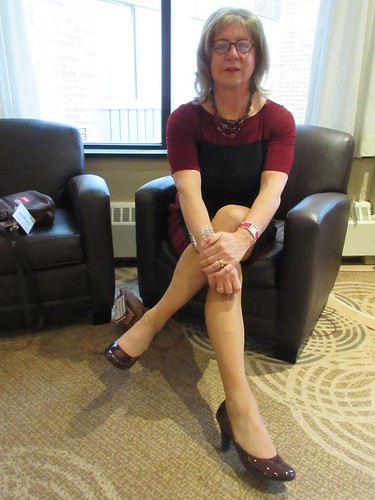 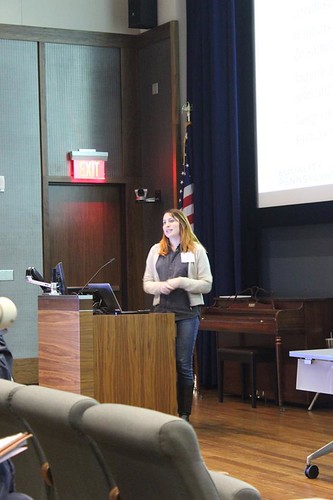 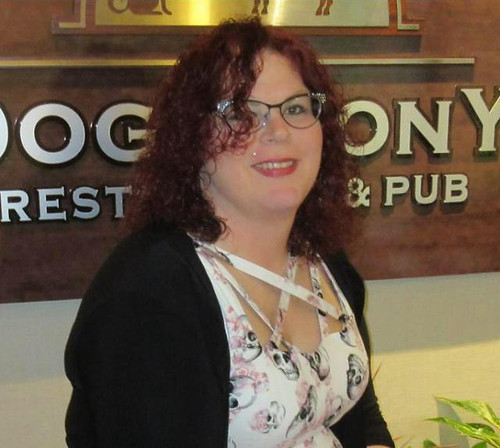 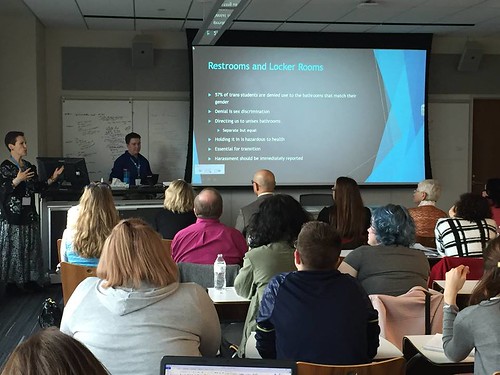 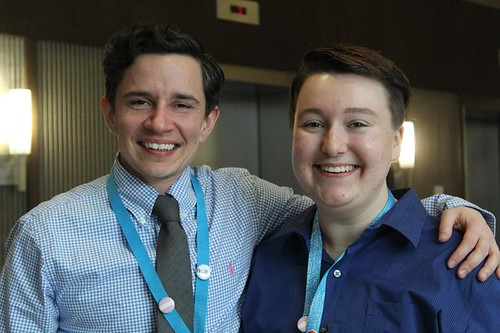 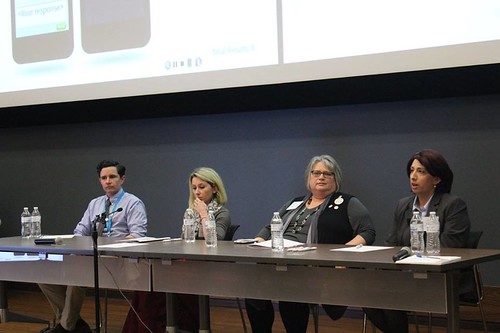 Dr. Cham Santé gave a presentation on trans health care that went into technical details on the effects and problems that can arise with hormone therapy and how to treat transgender individuals in the office and within the examining room. She discussed coding and how to chart a transgender patient to indicate their designated gender at birth while remaining mindful of the patient’s actual gender, just in case problems arise that require attention to fine details, such as the presence of a uterus in a trans man or prostate health in a trans woman. For the room of medical students present, this was information that they needed and good news for those of us who are anxious or afraid of being mistreated by doctors and staff when seeking medical attention.

Vanessa Leigh White Fernandes and her transgender son, Jace Connor White, gave a touching and inspiring presentation on transitioning in high school and the unique challenges and obstacles they had to overcome to achieve acceptance from the school board and the other students.

Among those who participated were Pennsylvania Physician General Dr. Rachel Levine, who gave a presentation on transgender etiquette and covered terms and treatments used when caring for transgender patients and working with them in all other aspects of life. It was encouraging to know that a trans person can hold such a high position as Physician General, right here in Pennsylvania – truly a role model to aspire to for many of us who have a feeling of hopelessness about our futures.

For those who wanted to learn about transitioning in the workplace, Melisa Romanoski and Amanda Porter gave a wonderful presentation on how their workplace adjusted to their transitions and even how they were able to write some of the new policies that their respective companies will use in the future with new transgender employees.

The last presentation of the day was a Q&A session with Will Krisanda, a transgender man and one of the stars of a web series about trans men called “Brothers;” Karen Waldeck, a parent raising a high school-aged transgender daughter; myself; and Jessica Long, whose name should be familiar to regular readers of this column. I wrote about Jessica and her transgender daughter, Ally, in February.

It was such a pleasure to meet Jessica and to be able to speak on a panel with her. As we fielded questions from the audience, there was such a feeling of support and solidarity between us.

Questions ranged from our stories of acceptance, our thoughts on religion, and signs to look for when suspecting a child may have gender dysphoria. I even admit to breaking down in tears as I told the story of how my mother accepted me and told me that she wanted me to appear “as myself” at my father’s funeral – a choice I offered her that I would never offer to anyone else. I talked about how she defended me to extended family members, neighbors, and friends of the family and fought to hold back tears as the audience applauded.

Each of us has gone through such a tremendous experience; I’m honored to share a stage with these people and get our platform of love and acceptance out there. I sincerely wished I had the opportunity to meet Ally and the rest of the family, but I’m assured that she is doing quite well and adjusting to her new life as smoothly as possible. I’ve even been told that Ally has adapted much easier than anyone else in the family. It’s really wonderful to see transgender children as themselves and to see how well they know themselves before anyone else even does.

Our panel concluded the conference with a few final words and photo opportunities before heading to Terra Preta for the “after party.” We shared stories, hugs, and congratulated each other on a job well done. I’m already so excited as I look forward to next year! It’s great to know that the medical community is doing what it can to get to know us better, right here in Northeastern Pennsylvania. Not all areas are as lucky.