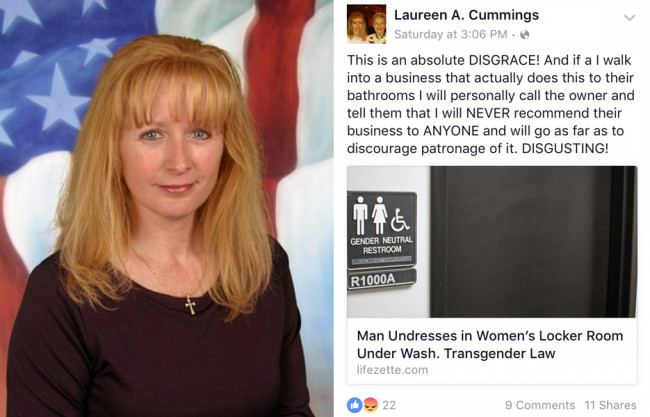 In the past few weeks, I’ve been closely watching the Facebook profile of one Laureen A. Cummings, a woman I’ve never met and never knew existed before. I was alerted to her presence by someone who took issue with her use of derogatory and disgusting words to allegedly describe people like me – the transgender community.

The views she expresses on her Facebook page are nothing new to me. Bigotry, racism, transphobia… I see it a lot these days. It’s everywhere. But where I can dismiss these views as simply some crank, spewing the usual hate of the day when it comes from the average person on the street, I cannot dismiss it here, as this woman is a commissioner for Lackawanna County.

As the political climate becomes more aggressive, the gloves are coming off. Real views and real opinions are being published. As someone who believes in transparency in government, it’s good to be able to get what’s really on the mind of politicians. However, this is one instance where piercing the veil has revealed an ugliness that must be addressed.

According to the Citizens’ Voice, “Cummings said she does not support discrimination against transgender people; rather, the strongly worded statements were targeting situations where non-transgender people would abuse accommodations for the minority group.”

It’s hard to believe that when she shares an editorial comic of a person crying foul that a “micro-aggressive, white-privileged homophobe is invading his safe space” while a young girl is called a bigot for asserting that a 40-year-old man is wearing a dress in the girl’s restroom. The man crying foul is labeled a victim, and he probably is. I am, too. There are many who assert that I am just “a man in a dress,” and these memes, this language, does lead to victimization. It leads to real violence, as it bolsters real hatred.

Those of us in the LGBT community are rightly concerned about such posts being made public. Can we trust that Cummings will remain objective in her position? Can we be assured that when legislation comes up for vote that she will be able to put her personal views aside and work for the greater good, or can we count on continuing to be discriminated against and marginalized as we simply try to live our lives?

“Twisted, sick and …INSANE!” she writes of New York City Mayor Bill de Blasio. “But here, I have the solution, and it will save taxpayers and business’ (sic) THOUSANDS of dollars. Just have ONE PRIVATE bathroom. … When you have to wait for an hour to use the public restroom, blame this communist psychopath for his completely ASSININE (sic) ideas.”

A “communist psychopath?” Really? Because he signed an executive order that would protect a minority from discrimination? I’m not entirely sure that fits the description of either communism or psychopathy, but whatever.

The issue of transgender women assaulting other women in the restroom is a non-issue. It hasn’t happened. However, there is a shocking number of cis male, anti-LGBT, religious conservatives who have been arrested for their actions in a restroom, as well as reports of sexual abuse and counts of pedophilia. Who is the real perpetrator of violence here?

And yet, Cummings cites and shares an article where a cis, white male, who does not identify as a woman, reportedly undressed and exposed himself – an actual act of sexual assault – to a group of women in a women’s locker room. This case was used to, somehow, prove a point that transgender women in the ladies restroom is a danger when, in fact, it simply proves that a cis male was, once again, the real threat. Transgender women (and transgender men) have been using the restroom that most closely matches their gender for thousands of years. But now, all of a sudden, it’s a problem that requires legislation?

Let’s be absolutely clear here. North Carolina’s House Bill 2 is a disaster. HB2 has done far more harm to the people of North Carolina than it could have possibly prevented from an imagined threat – and that’s a fact. Far beyond the realm of capitalism, where people are inconvenienced because Bruce Springsteen canceled a show, dozens of corporations have pulled out of projects in the state, and the federal government threatens to cut funding for human rights violations. Transgender people – often themselves victims of sexual abuse, violence, and rape – have been killing themselves. Actual human lives have been lost as a result of being denied basic human rights.

The thing that people aren’t seeing is that this bill has a body count. As reported by The Daily Beast, “Greta Gustava Martela, co-founder of Trans Lifeline, a crisis hotline for transgender people, told The Daily Beast that their call volume has ‘nearly doubled’ since North Carolina restricted the use of public bathrooms based on birth certificate gender markers.”

Again, it’s easy to see who the actual victims are here. Our safe spaces have, in fact, been invaded by “micro-aggressive, white-privileged homophobes.” Except that now, they are macro-aggressive and they are out in droves, posting garbage on their Facebook walls.

Garbage such as: “He [Republican presidential candidate John Kasich] needs to leave the GOP, “He most certainly is NOT a conservative if he believes that allowing perverts to enter womens (sic) bathrooms is okay. What a sicko.” Laureen Cummings posted this, along with a link to a story about Kasich, after Kasich stated that he would not have signed North Carolina’s House Bill 2.

Oh, and just in case you thought Cummings’ scope was limited to LGBT issues, she’s also referred to Black Lives Matters activists as “animals” while asserting that a black professor is a “nut” for wanting to promote multiculturalism and anti-racism in order to dismantle white supremacy. So, there’s that.

Of course, we are all entitled to speak our minds. We have a right to free speech, but not freedom from accountability. The words we say, the writings we post, and the items we share have consequences. We must hold those in power to higher standards. We appoint people to high positions of power when we are confident that they can respect and will defend the people who have the least amount of power. After this, I do not have confidence in Cummings.

Lackawanna County has proven lax in their upholding of non-discrimination policies set in place more than 10 years ago, which has left the people in a lurch when accounts of discrimination have come up. When I see the bigoted, racist posts made by Cummings, I can see why. 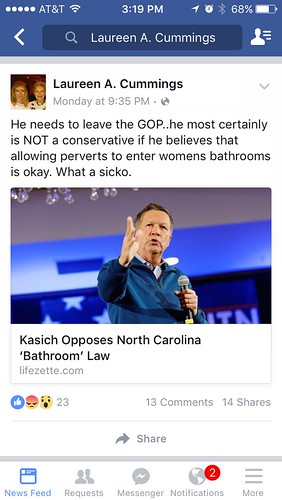 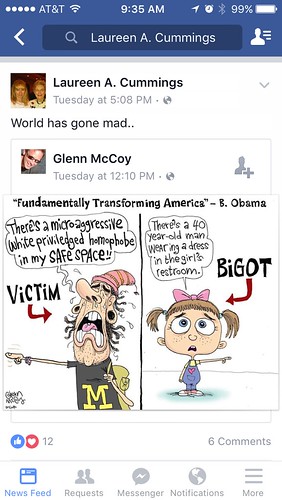 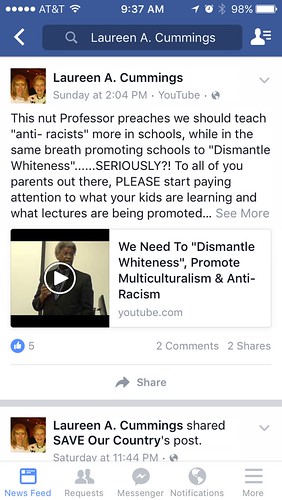 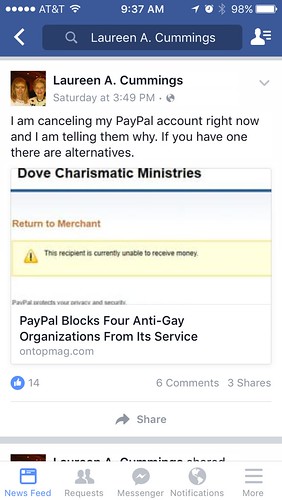 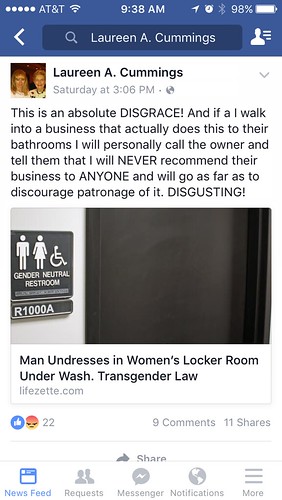 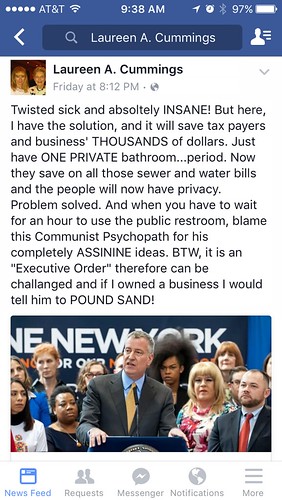 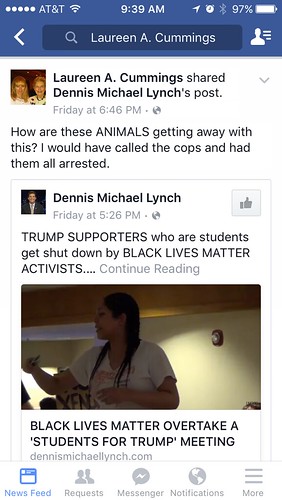