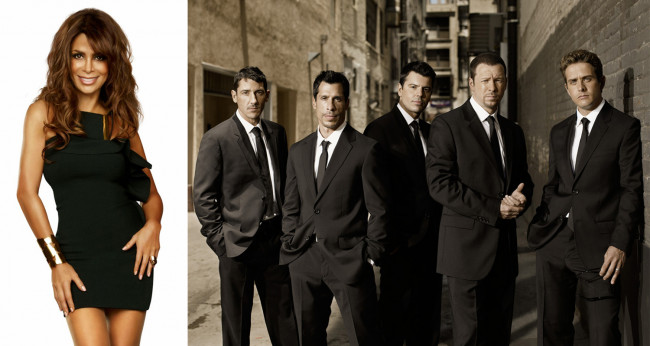 Returning for the fourth year this summer, the Mixtape Festival has announced an all-star pop music lineup set to hit Hershey on Saturday, Aug. 6, including pop icon Paula Abdul’s long-awaited return to the stage, performing a full headlining set.

Tickets go on sale to the general public on Friday, April 29 at 10 a.m. on hersheyentertainment.com and ticketmaster.com, through all Ticketmaster outlets, at the Giant Center box office (550 Hersheypark Dr., Hershey), and by phone at 800-745-3000. An American Express pre-sale begins Monday, April 25 at 10 a.m. and runs through Thursday, April 28 at 10 p.m. Local pre-sales begin Thursday, April 28 and run from 10 a.m.-10 p.m. For additional information on tickets, show details, and VIP packages, visit mixtapefestival.com.

Mixtape Festival has brought rising pop stars and legacy acts alike to the world-famous Hersheypark Stadium for its past three editions. Prior years have featured performances by supergroup NKOTBSB (New Kids on the Block with Backstreet Boys) and a reunion of female hip-hop pioneers TLC for the first time in 11 years. Surprise musical collaborations have become a regular occurrence at the festival, including NKOTB hitting the stage with The Wanted and Kelly Clarkson singing a duet with Joey McIntyre on “Don’t You Want To Stay.”

“It’s not a summer in Hershey without Mixtape Festival,” said Geoff Gordon, Live Nation Philadelphia Regional President. “And we worked hard so our fourth year continues in the traditions of an incredible lineup and amazing fan experiences set at a world-class entertainment complex.”

Boasting the title of “biggest pop music festival in the U.S.” and hailed by MTV as having “something for every music lover,” festival-goers will be treated to a lineup of performers that won’t be found anywhere else this summer. Paula Abdul makes her return to the stage after a successful career as a singer/choreographer and current “So You Think You Can Dance” judge, known for topping the charts with six No. 1 singles and 60 million records sold worldwide, in addition to earning a Grammy and two Emmy Awards.

New Kids on the Block are thrilled to return to Mixtape for a special engagement while they are on a 2016 touring hiatus. After a three-year hold on touring, 98 Degrees will reunite and mark their second performance at Mixtape Festival. Girl group Dream will perform for the first time since they hit the road on the 2001 TRL tour with Destiny’s Child and Nelly.

“Mixtape has become an annual summer tradition for us and for so many pop music fans,” said members of New Kids on the Block. “We can’t wait to be back on the Hersheypark stage for the fourth year. We’ve got a great show in store.” 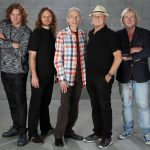