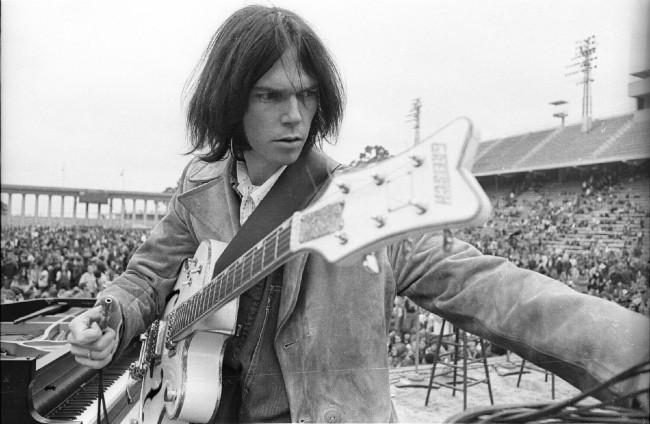 Last week, I wrote some liner notes about a record I just finished. In those notes, I talked about the finer points of not giving a shit. So, for today’s column, I’m going to head further down that road.

There is a difference between not giving a shit and not caring. People who don’t care anymore have gotten so tired of fighting that they have given up. Those who don’t give a shit… well, they have already won.

As musicians, it is generally an accepted fact that it is a good idea to learn the rules before you start breaking them. I am a proponent of that philosophy. You don’t need to know all the rules, but it is a good idea to get a basic grasp of the rules of music. If you want, you can blow into a milk jug and call yourself a visionary who has created a new musical form. But, thankfully, there is a pecking order to things. Typically, you need to pay your dues.

It is a good thing to know your history, too. It is somehow comforting if, as you set out to get to where you are going, you know where you came from. I think this is a problem with a lot of younger artists today who have a buffet style mentality of putting together their musical “vibe.” A little bit of this and a little bit of that with no understanding of where “this” and “that” came from… or why they happened. The result is a musical salad that confuses the ears.

But I’m not here to complain about kids these days who don’t know what they are doing. I’m here to talk about the wonderful state of enlightenment that can be reached after you do – the blissful state of not giving one, two, or any number of shits.

Neil Young has changed directions so many times that he was sued by his record label for making records that didn’t sound like Neil Young. Do you think Neil’s label was putting pressure on him to make “Harvest” over and over? You bet your ass they were. To quote Neil himself, “‘Heart of Gold’ put me in the middle of the road. Traveling there soon became a bore, so I headed for the ditch.” If Neil had done what he was expected to do, I would bet money that none of us would be talking about him today.

Bob Dylan has changed directions so many times that it confuses even his biggest fans. How can a guy write a record like “Oh Mercy,” then a few years later release another record with a cover of “Froggy Went A-Courtin’” on it? I don’t know, but I find it delightful. Bob truly does not give even a fraction of a shit.

Frank Zappa once signed a record deal for a number of records. I don’t know the exact number; let’s say six. After a short time, he showed up at the label’s office with a huge stack of tapes – six albums worth. Then he asked to be released from his deal. Because of Frank, all record contracts now have a clause that states that the delivery of albums must be X number of months apart. Thanks, Frank!

Every city and town in America is full of adequate professionals who know and follow the rules. And, to a great extent, when push comes to shove, no one cares.

The rooster is an adequate professional. Every morning, he gets up and crows at the same time. Faithfully, he does that. He’s good at it. Still, eventually, chances are good he will end up in a panini.

It’s better to be a hawk. A hawk might be sitting in a tree along Route 80, or he might set up shop on the roof of an apartment building. Hell, he might swoop down and eat your Chihuahua. You never know with a hawk. But the hawk has coffee table books about him at Barnes & Noble. Not so much for chickens.

Everybody wants to tell stories about the exploits of the hawk. The rooster is taken for granted, diligent as he may be.

There was an interview with George Martin that I had for years on a VHS tape. He spoke of how The Beatles weren’t very good songwriters when he met them, but he liked them because they were irreverent people. He spoke of early concerns he had of producing them. He was worried that he shouldn’t be working with a group like that because he was a classical music producer.

The pairing of The Beatles and George Martin is a classic example of the arc I am talking about today. Under George Martin’s tutelage, The Beatles blossomed into the greatest songwriting and recording artists in history. They learned the rules. With The Beatles irreverence, George produced the most groundbreaking popular music ever. With them, he started breaking the rules.

The Beatles used symphony orchestras like a child’s toy. They did things in the recording studio that were considered blasphemy at the time. Now, there are devices and products galore that replicate the sounds they invented while they were doing everything wrong.

The conforming majority was created by a bunch of non-conformists. The never-ending cycle of rock and roll.

And, ironically, today, The Beatles’ music is performed by symphonies all the time. I guess George was producing classical music after all.

I used to have a folder in my studio that I would get out from time to time when a band was worried about something they shouldn’t be. I would say, “Let me check my file of things I give a shit about.” I would open the folder and it would be empty. “Nope. Not in here. Let’s move on.”

Best of luck, my friends.