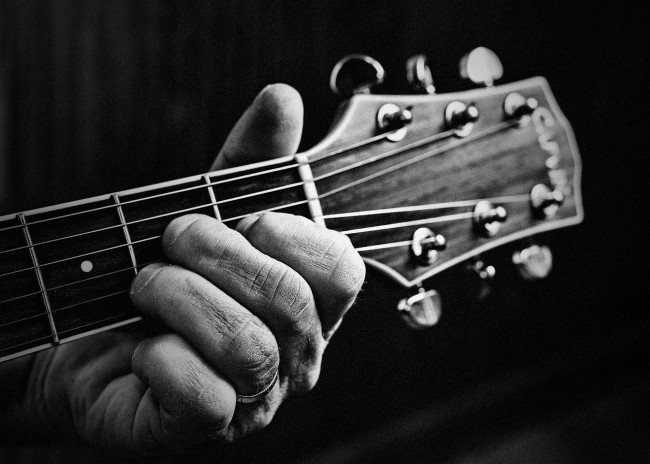 Everyone has heard the saying “Don’t shoot the messenger.” In other words, “Don’t get pissed at me for delivering bad news; I’m just telling the story.”

Today, I want to talk about stories. As simple as it is to see, I don’t think most people appreciate the awesome power of a compelling story. Everything has a story. The storyteller himself… yeah, he has a story, too.

As creative people, I believe more often than not that we find ourselves so engrossed with the details of creating that we forget whether or not our work has a good story to it. Is this something someone is going to relate to? Has it been said a million times before? Is this a sound that has been heard a million times before? If it has been said and heard before, what am I bringing to the table that would make someone want to listen again?

If you can’t answer any of those questions, you still have work to do.

I think the most important story of all is the storyteller himself. If you don’t trust the messenger, the story will be shot down before you even hear it. For example, Johnny Depp has a story. If you trust him and he’s in a movie, chances are good you will watch the film. You may have no interest at all in gangsters or pirates or Willy Wonka, but you trust him, so you’ll check it out. If the same movie had, say, Keanu Reeves in it… well, if you don’t trust him, it doesn’t matter how great the tale is; you are going to be predisposed not to like it.

I hear musicians talk all the time about other bands. This guy sucks and blah, blah, blah. Truth is, there are a lot of perfectly capable musicians out there. There are thousands of perfectly good songs, too. There are many, many guys with great equipment who know how to use it. Thousands and thousands of guys who look great, can rip a badass solo, and hold down a gig.

I hate to say it, but in popular music (rock, pop, country, hip-hop, etc.) there is such a thing as “good enough.” Good and capable are boring. There’s lots of that working in every cubicle across America. You may be four times as talented as the dude you hear on the radio every morning, but the difference is this: That guy has a story and you don’t.

It’s not just about money either. Awareness is like the wind. You can make the wind blow your way with money. Lots of people will float by as a result. But if the story you are telling doesn’t connect, they will be gone with the next breeze. They won’t be back.

There have been times I have hopped on the computer to check my e-mail and three hours later found myself watching a video about baby elephants being born. The Internet breeze just blew me around for a while. But I don’t get up and go to the same place the next day.

The next day, I get up and go to the places and people I trust.

If you ever watch that show “Shark Tank,” you always hear those guys saying, “What is proprietary about this?” In other words, what is there about this idea that I can’t steal, make cheaper, and put you out of business tomorrow? Perhaps to some that sounds harsh. I don’t think it is. If you are going to put yourself out there, it’s the first question you should ask.

Because your best ideas cannot be stolen. They require you to tell the story.

There is a scene in the movie “Walk the Line” where the producer Sam Phillips is auditioning a young Johnny Cash. Here’s the dialog:

“If you was hit by a truck and you was lying out there in that gutter dying and you had time to sing one song. Huh? One song that people would remember before you’re dirt. One song that would let God know how you felt about your time here on Earth. One song that would sum you up. You tellin’ me that’s the song you’d sing? That same Jimmy Davis tune we hear on the radio all day, about your peace within, and how it’s real, and how you’re gonna shout it? Or… would you sing somethin’ different. Somethin’ real. Somethin’ you felt. ‘Cause I’m telling you right now, that’s the kind of song people want to hear. That’s the kind of song that truly saves people. It ain’t got nothin’ to do with believin’ in God, Mr. Cash. It has to do with believin’ in yourself.”

Pretty much sums it up right there.

Everybody has a story worth telling. It’s not the lack of a tale to tell; it’s the lack of recognizing that the story is even there.

As an artist friend of mine once told me, “I don’t teach people how to draw. I teach them how to see.”

Many years ago, I spent an afternoon with a Native American herbalist. I guess you would call him a medicine man. He took us for a walk down a nondescript country lane. Every four feet or so, he would stop, point out a plant, and go on for 15 minutes about its history and its medicinal and nutritional uses. He made the landscape come alive for me that day. The woods have never looked the same since.

But we walk on the same paths every day, looking down at our phones, bored out of our skulls.

Every city and town has its notable people and their stories. That is what gives that place its character. At some point, one guy made up his mind to do something. And it grew from there.

“All institutions are a walking embodiment of one man.”

Individuals create the stories, and stories change the world. The stories of a place are its true currency. A city may fall into complete decline, only to be revived by a new story being told. The story was always there waiting for the right person to tell it. The right person delivers the message and it spreads all on its own.

The city didn’t change – the messenger did.

So always look at yourself and your music as a story that is being told over and over. Intelligence, wealth, ability… all these have the power to impress. But only a great story holds the power to inspire.

And the more you can inspire, the more difference you can make.