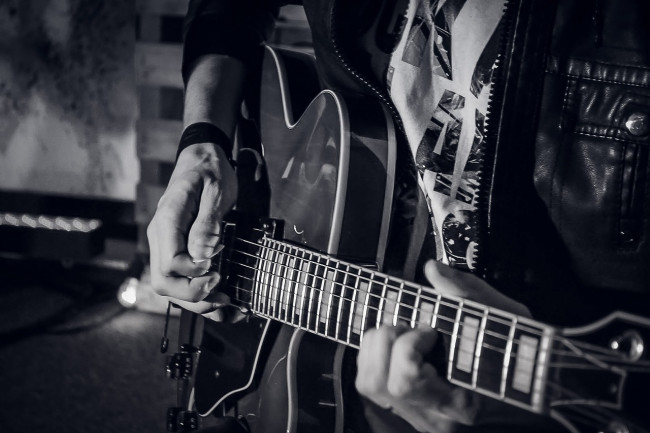 I don’t make nothing perfect. Only serendipity can do that.

But, without practice, all the serendipity in the universe won’t make any difference.

You can use pitch correction if you’d like, but you’ll be way prouder if you just keep trying until you hit that opening note dead to rights, every time. Sure, it takes longer than pushing a button, but nobody’ll ever go, “Oh wow! Listen to his masterful use of editing software to convey such powerful emotion.” Never. Not ever.

As we learned last week, I adore the late genius Prince. However, let’s face it, folks – we ain’t Prince, not me and not all y’all neither. So, although many of us can play every instrument on our albums, your music, your ear, and your soul will enjoy a vastly deeper enrichment if you make music with other people. Hell, even Prince enjoyed playing live with a band more than the sterility of recording all by his lonesome.

Here’s just some of the stuff that rehearsing with other players can bring to the table.

1. Listening ability: If you play along with the album, you already know where the whole train is headed. With actual humans, you develop a sixth sense, something mere non-musician mortals don’t possess, an extra sensory perception that allows you to know where the music is headed before it gets there. Granted, there are some players that are easier to read than others, more often than not. However, you can hear their intended direction more easily because they have practiced with others.

And, whenever possible, insert yourself into situations where you are the worst player in the room because one solid evening of sucking out loud can be a great motivator, and there are innumerable bits and pieces of greatness floating around rooms like that for you to snag and incorporate and make yourself grow with. But you gotta be there, you dig?

2. Recovery speed: We all fuck up. Some of us who shall remain unnamed but have occasionally answered to the name Fud tend to get tragically bewildered on occasion when they’re fully, cosmically immersed in a song. Sometimes, you simply space out and go, “What the fuck is the next chord?” I can’t tell you how many times I’ve repeated an intro to a song I wrote myself twice, only to be saved by a perceptive drummer who yelled “The!” or some other single word exclamation to kick start my brain’s lyrical recall.

How gracefully you get back into the song is directly proportionate to how much you practice with other players. Without practice, someone yelling out the first word of a song would undoubtedly only result in further confusion and likely incite a full-on blank stare that’d freak out your audience. Do you want to be the D-bag who stops the whole show and starts over, or do you want to be the cat or kitten that is so adept, the only recognition of the original screw-up is a knowing smirk from a bandmate? You get to pick – practice or no?

3. Songwriting ability: Fairly recently, I was sent an unsolicited song that had a ton of potential but suffered from some pretty major structural problems and was asked for my honest assessment of it. The first issue was the intro, which consisted of the same four notes repeated for 92 seconds before the vocals came in. That’s way too long. Then, these vocals consisted of a repetition of that same melody and, lyrically, it was almost entirely composed of “uh’huh”s that had nothing to do with the underlying narrative.

Since I was asked my honest opinion, I stated these issues and offered potential fixes. These were met with hostility (again, I was sent an unsolicited song and asked for honest feedback). I was told, in no uncertain terms, that I was a dick and didn’t know what the hell I was talking about. Undeterred, I asked if the performer/composer had ever played with anyone else. They had not. I suggested they do so. I was once again called a dick. Fast forward only one year, the same person was writing staggeringly good music, due absolutely to the fact that they had joined a band, be it on my recommendation or otherwise. Happily, I can add that they have since recanted their declaration of my dick status. Gratefully, I’ve never lost direct sight of how little I knew back when I knew everything, so I never take that shit personally anyway. 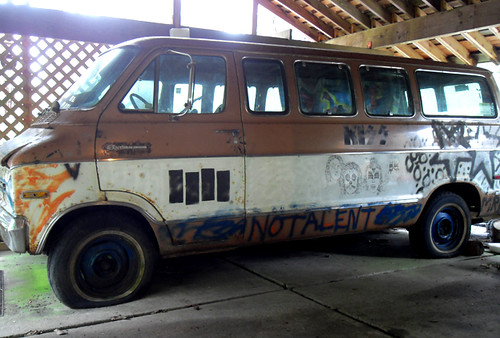 4. Camaraderie: This may seem inconsequential at first blush, but its importance cannot be overstated. A shared experience can be collectively drawn upon to create an emotion exponentially more potent and poignant with each knowing participant. Spending a few weeks, months, or years in the back room of a bachelor’s club or above a skate shop or bar, traveling in a van that smells like a sneaker, nursing hangovers, jokes so far inside that the actual impetus has long been forgotten, playing to the wait staff and chasing club owners down alleyways to collect your measly pay at four in the morning, and you’ll have compatriots that share a bond exclusive only to yourselves. That makes for a musical dynamic like no other.

It sucks. It’s wonderful. Do it.

5. Fun: Cats and kittens, allow your Great Uncle Fuddy to pontificate from the gilded rooftop of the Worldwide Church of Rock ‘n’ Roll for just the briefest of moments in this eternity that we are all riding upon in order to bring some light into the darkness and illuminate the uneducated in the particulars of the peculiarities we are herein hearing yours truly truly make yours in their unveiling – fun is the entire crux of the gig.

Yes, most of us artsy dopes can’t really communicate nearly as well socially as we can sonically, but isn’t getting your point across universally kinda fun, despite the language you use to do so? Fuck yes, it’s fun! True ‘nuff that booking gigs, writing songs, constant repetition because one dude ain’t catching on, relentless studio takes, sub-economy traveling arrangements and, yes, critiques all lend themselves to tedium and border on shitty in some instances. But the actual act of playing, even to an empty house, isn’t that fun? Fuck yes, it’s fun! Didn’t it look like fun that your favorite band was having on whatever TV show you saw them on when you made the decision that “that is the job I want,” making it a reality? Fuck yes, it’s fun!

That’s how come all y’all call it playin’ music, not workin’ music.

Just about everyone has potential in one aspect or another, but very few people leave an indelible mark on the world. If you are a musician, you are luckier than nearly anyone else, artists and non-artists included, because you are smack dab in the deep end of a pool of usable, tappable, transferable, inexhaustible, perpetually renewable resources that can help propel you to icon status. Now, you’ve gotta keep doggy paddling in this pool to stay afloat in the long term, but if you cramp up, the pool itself’ll keep you afloat until you get back on an even keel. Guess what that pool’s filled with – yup, other musicians.

Don’t be dippin’ your toe – dive in head first.