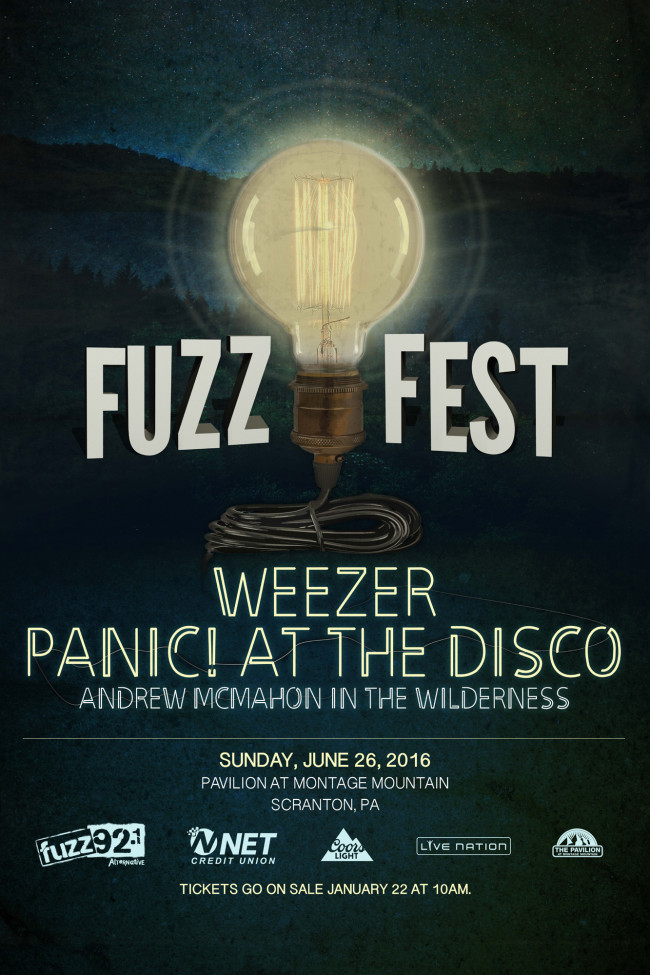 Scranton radio station Fuzz 92.1 is looking for original, unsigned bands to participate in a battle of the bands on Sunday, June 5 at Thirst T’s Bar & Grill in Olyphant. The winning group will play the 2016 Fuzz Fest at The Pavilion at Montage Mountain in Scranton, along with Weezer, Panic! at the Disco, AWOLNATION, and Andrew McMahon in the Wilderness, on the Luzerne County Community College Spotlight Stage.

Any bands interested must submit an mp3 of an original song to Tom “Ferg” Ferguson at ferg@fuzz921.com.

Bands must be unsigned and consist of at least two members, one of which plays an instrument throughout the majority of the performance. All members must be 21 years of age or older, and the entire performance must be live – no pre-recorded music is allowed.

All bands will receive an equal amount of time on stage (45 minutes). This includes all set-up, playing, and take-down time. Time slots will be assigned randomly from the top of the hour and so on. In the event that more than eight bands submit applications, some bands may not have the opportunity to participate in this event. Bands will be notified of their acceptance and designated time slots by May 27.

There will be a required band/organizer meeting at TBA at Thirst T’s Bar & Grill (120 Lincoln St., Olyphant) on the day of show, June 5. Bands will meet the organizers in charge of the event, who will introduce the performance area and go over last-minute announcements. Bands may unload equipment at that time. Bands must report to the stage again at least one hour before their scheduled performance and remain on-site until the end of their performance.

An audience ballot system will score musicians. Voting will be via text short code, with one vote per phone. Criteria to be considered includes performance originality, stage presentation, sound volume and clarity, band synchronization, time management, song quality and originality, stage management, band enthusiasm and attitude, and audience response. If bands end up in a tie, a Fuzz 92.1 judge will be a tie-breaker.

All bands agree to have their name, voice, and/or likenesses used in any advertising or broadcasting material relating to this contest without any compensation or rights to royalties for such use. A PA system, speakers, and drum kit will be provided for the contest. Band members must provide all other musical instruments and equipment necessary for their performance. Band members are responsible for the security of their equipment, and the event organizers cannot be held liable for any lost, damaged, or stolen equipment. Fires, pyrotechnics, fog machines, etc. are not allowed.

Fuzz 92.1 and Thirst T’s reserve the right to make changes to the rules and regulations of the contest, as well as the final word in any disputes that should arise concerning the contest. All band members must sign the registration form acknowledging that they have read and understand the rules as outlined. Failure to comply with any contest rules may result in bands being disqualified. 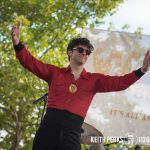 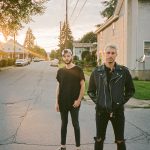