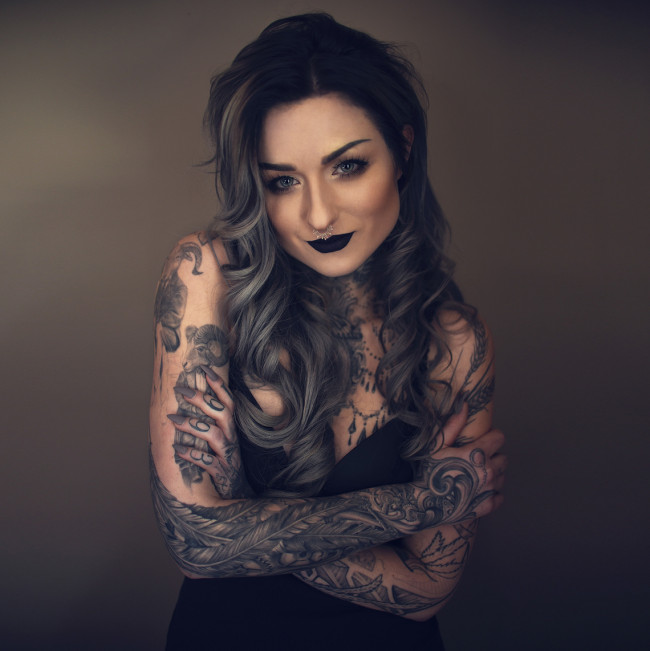 In a special live episode on Spike last night, Arizona tattoo artist Anthony Michaels was named the winner of Season 7 of “Ink Master.” A trailer that debuted soon after revealed that Kingston tattoo artist Ryan Ashley Malarkey will have a chance to compete in Season 8.

Malarkey, who is known for her intricate black and gray tattoos, is also the co-owner of The Strange and Unusual oddities parlor (with her fiancé Joshua Balz, keyboardist for Motionless In White) in Kingston, where she has a private, appointment-only tattoo studio attached to the shop.

Her detailed work was featured in Inked Magazine and Freshly Inked in 2015, and the 29-year-old has won several awards at the 2015 Philadelphia Tattoo Convention, the 2014 United Ink No Limits Tattoo Expo in New York, the 2014 Meeting of the Marked Tattoo Arts Expo in Pittsburgh, the 2014 Skindustry Tattoo Expo in Allentown, and the 2014 NEPA Tattoo Arts Fest.

She is shown prominently in the Season 8 trailer for “Ink Master,” which will premiere in the fall, and go up against 29 other artists in the reality competition, hosted and judged by musician Dave Navarro and tattoo artists Chris Núñez and Oliver Peck.

Many examples of Malarkey’s work can be seen on her Instagram, and a bio on her website gives more background into her art and how she started tattooing:

Ryan was born in 1987 in Northeast Pennsylvania. She has been artistic since childhood, pursuing art heavily into her adult life.

She graduated with a degree in Fashion Design from the Fashion Institute of Technology in 2007 as the Critic’s Choice award winner of her class.

From there, she lived and worked in NYC as a designer and artist for a private label clothing company until 2011. At this time she left the city to come home to PA and pursue her art full time, in the form of tattooing.

She apprenticed for one year in a private studio and has been developing her unique design style ever since! She currently resides in the Back Mountain with her boyfriend Joshua Balz and their two dog babies Toronto and Casper.