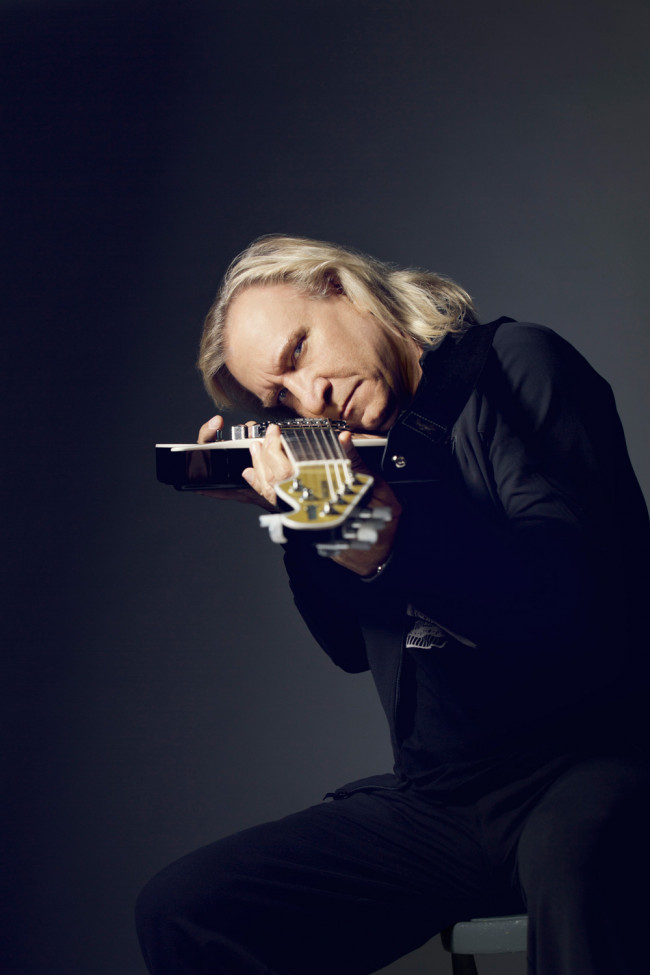 Singer/songwriter and legendary guitarist Joe Walsh has confirmed additional tour dates that will directly follow up his co-headlining tour with Bad Company, including a stop at the F.M. Kirby Center in Wilkes-Barre on Thursday, Aug. 4 at 8 p.m. as a part of the new PNC Celebrity Series.

The “Walsh Toor 2016” will include a number of special VIP ticket packages, which may include premium tickets, meet and greets, exclusive merchandise, and more.

The tour will kick off in Ohio, birthplace of the James Gang, with dates in West Virginia, up and down the East Coast as far north as Maine, and down to South Carolina, Alabama, and Tennessee. Special guests JD & the Straight Shot will be opening.

“I decided to round up great players that I’ve played with in the past, like Joe, Waddy, Chad, and Ricky. These guys know my music, and I’m very comfortable playing with them. I think this band is the best I’ve had in a long time. I didn’t feel that the ‘One Hell of a Night Tour’ should be the end based on how we are all playing.”

Drawing from an extensive catalog of hits throughout his four-decade career, the set list will include “Rocky Mountain Way,” “Walk Away,” “Life’s Been Good to Me So Far,” “Funk 49,” “Life in the Fast Lane,” “In the City,” “Over and Over,” “Life of Illusion,” “Turn to Stone,” “Ordinary Average Guy,” “Analog Man,” and more.

Walsh has been busy and recently contributed an original song, “No Man’s Land” to the documentary, “Citizen Soldier,” about an Oklahoma National Guard unit which was called up to active duty and fought heroically in Afghanistan. Walsh has also been working with Black Keys’ Dan Auerbach and original James Gang guitarist Glenn Schwartz.

“Joe Walsh doesn’t just play the guitar. He uses those six strings slung across a slab of wood to unleash a fireball of fury, sounds that sizzle and searing licks that do much more than just tug at your heartstrings. Walsh when he plays the guitar goes straight for your gut. He doesn’t hold back. And through it all he regulates a flow of emotion as though he were in charge of locks on a canal. Each move that Walsh makes takes place on a large scale, but he never loses sight or control of nuance,” John Barry of the Poughkeepsie Journal wrote.

“With a long career that includes the James Gang, the Eagles, Barnstorm, and a string of successful solo albums, Walsh is a bona fide rock legend. This Rock and Roll Hall of Fame inductee is widely considered one of the greatest rock guitarists ever, and his inspiring style features a healthy combination of greasy blues-based phrasing, quirky string bending, and scratchy rhythm riffs,” David Brewster of Premier Guitar said.