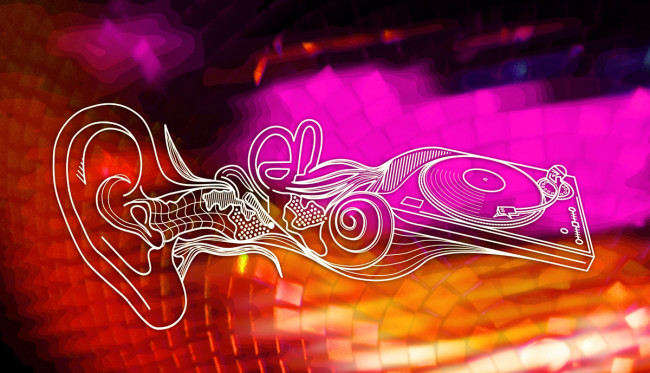 Here’s a Catch-22. Old people love to give advice. I am not sure why. For the most part, young people do not dig receiving it. This is unfortunate from both sides. Grandpa likes to believe he has figured everything out after all those trips around the sun. In other words, he is set in his ways. From the other perspective, junior thinks grandpa is full of it and all of his old school wisdom does not apply in the brave new world. In other words, junior is an idiot.

I try my best to not just give advice in this column. There is so much of that out there. I try and give a few unique perspectives of being a musician that perhaps you haven’t thought of yet – timeless stuff that doesn’t change. Hopefully, I am getting that right from time to time.

Over the past few months, I have written several entries about diversification in the music business. You have to be able to do it all to keep your calendar full. Write, play, record, teach, etc. – it takes a wide array of skills to fill your calendar these days.

But here’s the rub: Once the calendar is full, that’s when the real soul searching begins. Ironically, the real gold is in being a samurai at something. That’s how you get to the next level. A master of one, not a master of none.

Most people who are fans of your work can explain your appeal in one sentence. If they can’t, you have work to do. Of course, we are all incredibly complicated people. It would take dozens of adjectives to fully describe us, but the core of our appeal can be summed up in just a few words. Try it with some of the artists you love. It works.

No one wants to hear that because what most musicians want most likely does not line up with what they are. Or, at least, what a person truly excels at does not encompass everything that person wants to be or do. To put it another way, sooner or later you have to get over your own bullshit and use the right hand God gave you. Put away all the fancy stuff, Mr. Renaissance Man, and focus on what you are good at.

You can do it all, for sure, but eventually you run out of the most valuable commodity of all – time.

So, at that point, you have to decide what to do. Sure, you can find a YouTube video and figure out how to fix your own car. But is it worth the time it takes, or do you take it to your samurai mechanic and pay him to do it? Thus, in some small way, allowing him to continue with his samurai mechanic ways?

Because, eventually, if you stubbornly cling to the notion that you can do it all, you will be so overwhelmed with the details that you won’t have the time to put into the thing you are truly gifted at. Your ego will kill you. Or, at least, you will find yourself spending less and less time on your best abilities, and somewhere out there is a guy with the same talent as you (maybe less) who is going to pass you by simply because he had the good sense to lighten his load and leave a few things behind.

It’s kind of like a DIY version of the Peter Principle. You do such a good job doing everything that you are OK at that there is no time left to do what you are great at. You have risen to your greatest level of do-it-yourself inefficiency.

At that point, son, you are caught. You have to put a few things down if you want to go forward. To paraphrase Tim Burton in “Big Fish,” “The biggest fish in the river gets that way by not being caught.” Eventually, you have to pick and choose which morsels to go after or you will end up with the rank and file of the mediocre and overextended, in full control of every aspect of your career but overwhelmed with the details of a million little projects. You will be suffering anonymously with the rest of the burned-out musicians who tried to do it all and ran out of time.

You spent so much time building a deck on the house and fixing the pipes and laying tile and working on the furnace, etc. that you failed to realize that you could have built skyscrapers.

I know this because I have done it. But I’m getting better…

Though all of this begs the question: “What do I focus on then?”

My wife and I often sit up late at night and listen to music. We mix in the classics, current stuff, and also tracks I have written or produced. A concept we talk about often is the notion of the “Primal Ear.” In other words, music you connect with on a primal level without really understanding why. Music is one of the rare art forms that can move you to tears without any logical reason. You can listen to Verdi’s “Requiem” and cry like a baby without knowing anything about orchestral music or understanding one word of the language. It’s powerful stuff.

The Primal Ear is difficult to understand. It is unforgiving. It doesn’t care about your opinions, needs, or wants. It loves what it loves. It gives the thumbs up to Bob Dylan’s “Simple Twist of Fate” but throws up when it hears a classically trained singer who graduated from Juilliard. It heard 2,000 country singers over the years, all very similar on the surface, but it decided Johnny Cash (a man who could barely sing) is its favorite by far.

Why? I can’t say I know. But if you want to know where to put the lion’s share of your energies, go ask the Primal Ear.

No one truly knows the Primal Ear. It cannot be bought. It wants what it wants. But, at some point, you need to listen to it. Where is your strength? Is it as a writer? Or a guitar player? Or a singer? Or a producer? You can talk to 10 of your colleagues and probably get a good idea of where your true ability lies. Chances are, you already know. You just don’t want to admit it.

Sometimes, the talent you possess that connects with everyone is not even the thing you work hardest at. The author of “Jaws,” Peter Benchley, once said, “It took me 15 years to discover that I had no talent for writing, but I couldn’t give it up because, by that time, I was too famous.”

Whatever talent you possess that excites the Primal Ear is your ticket to bigger and better things. The more time you can focus on that specific talent, the more progress you will make on a bigger scale. Unfortunately, musicians do not listen. I have seen so many bands with one really good writer in the group, but everyone demanded democracy, so they ended up with bunches of lowest common denominator music. There are so many musicians that try to make their own records at home by themselves and screw it all up. The end result is average at best. There are many, many examples of these transgressions.

The Primal Ear does not care about the average Joe crying for democracy or the poor sap complaining that he wanted to do things right but didn’t because of his circumstances.

The Primal Ear is a tyrant. Ignore him at your own peril. He hates excuses. And you can’t draw a bullseye around the arrow and convince him you are brilliant. He will not feel sorry for you. Ever.

However, when he gives you a stamp of approval, please take it to heart. In the movie “Creed,” Rocky put Adonis Creed in front of a mirror and said, “There is the toughest opponent you will ever fight.” I believe that to be true as well.

As a musician, if you can master yourself and your own bullshit, you can reach your full potential. Being a jack of all trades is a necessity for survival, no doubt. But specialization and focus is the key to excellence, and that quest never ends.

So go to the mountain and ask the Primal Ear for some advice. Chances are he will tell you what you already know. What you do with that information is up to you.

But that will make all the difference.