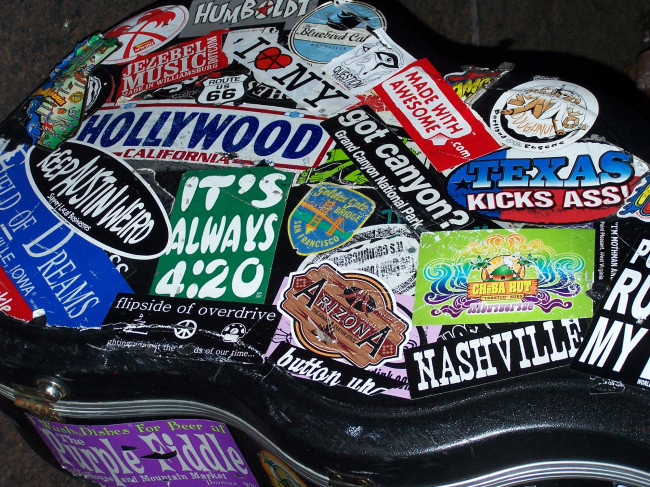 You see, I remember reading a story, but I don’t remember where it came from. It was about an old Native American woman who found herself and her family living on a reservation, destitute and hungry. She noticed that white people did not take care of each other out of the goodness of their hearts; they demanded something (usually money) in exchange.

She figured she could play that game, so she went home and weaved a bunch of baskets and started going door to door trying to sell them. No one bought one. Finally, she got frustrated and yelled, “What is this? Are you people trying to starve us?”

Obviously, our Native American sister did not understand the nature of capitalism – you can’t just make something nice to win at this game. Someone has to actually want what you are selling.

I have always said that the best way to break up a band is to make a record. I’ve seen it 100 times. A bunch of guys have a rock ‘n’ roll dream. The band gets all excited and starts diligently writing songs. They save up some money (or increasingly, they ask someone else to give it to them via Kickstarter, GoFundMe, Indiegogo, etc.), then they do the recording. They put together the artwork. They plan the release party. Then, about two weeks or so after the release party, the phone calls start coming in. The band is depressed.

At this point, they ask the question that whole empires have risen and fallen on…

I’m going to start the conversation by answering that question. Starting at the beginning, the key to good old fashioned “guerrilla warfare” style band building is this – start with people who know your story (i.e. your friends). Build from there. Go no further until you are ready.

If you don’t have any friends, get some. And, as we used to say in the bakery business, if you run out, make more.

Because starting with your friends follows a really simple rule. You start with people who already know your story, then you build from there. For now, your story might be that you are “Jack’s friend” that has a band. That’s OK. If it gets you on the bill and in front of people, that is good enough. You can build more stories about yourself as you go. And tell your story to more people. Eventually, your story will precede you and it gets easier.

Most of your favorite artists started this way. All these successful people are just a multitude of stories stacked on top of each other. That’s why people care about them.

No matter what the product or who the person is, chances are good that someone loves it or them because of the story they attach to it – or them.

People will drive a Jeep their entire lives because, at one point, they had one that they loved and it has all these memories attached to it. They have a story for the Jeep brand, and they will spend the rest of their lives buying that company’s product just because of that story.

That level of trust is Jeep’s to lose. Remember that. That’s a good analogy for your music career.

It doesn’t matter what you are, but you can’t just be a band that sounds good and has a cool Internet presence and looks professional. Persistence is futile in that case.

‘Cuz no one gives a shit about that. There are 50 billion of those.

I may get lynched for this, but I believe if an alien came down from outer space and wanted to hear a few tunes from the 1990s, I don’t believe they would hear a huge difference between Creed and Pearl Jam.

Now, multitudes of rock music aficionados love Pearl Jam and hate Creed. I’m one of them. It’s largely an authenticity thing. But I know their respective stories. Strip away the story and what is coming out of the speakers is basically pretty similar, at least to the uninitiated.

Hopefully that little comparison makes it clear why I started this column talking about a Native American woman who couldn’t sell baskets. There was nothing wrong with what she made. It was just that there was no story attached to her baskets to convince anyone that they had to have one.

No one knew why they should care, so no one did.

There is a great Steven Spielberg movie called “Amistad.” Basically, it’s about a group of African slaves on trial who are trying to get home. Anthony Hopkins plays the lawyer John Quincy Adams in the film. In one scene, Theodore Joadson (played by Morgan Freeman) is asking him for advice on how to win the case. Adams says, “Whoever tells the best story wins. … You and this young so-called lawyer have proven you know what they are; they’re Africans. Congratulations. What you don’t know, and as far as I can tell haven’t bothered in the least to discover, is who they are. Right?”

To quote the great Pete Townshend: “Who are you?”

Several years ago, I was promoting an independent record we had made. The radio promoter said something that stuck with me. She said, “The only thing standing in the way of the success of this record is the changing of one person’s attitude.”

Whether that person is a label rep, a booking agent, or PD at a big radio station, chances are good that they don’t know who you are right now. If they do, they are most likely indifferent.

Maybe somehow you might be able to get a meeting with one of them. So there you are there. The clock is ticking, bud – time to tell your story. Time to answer the question that every gatekeeper in the music business will ask you…

“Why should I care?”

It’s a good idea to answer that question before you go after that meeting. If you don’t have a compelling answer, that’s OK. Better to go back to being “Jack’s friend” and “that band with the great female singer who sounds like Amy Winehouse” for a while. Get a few more arrows in your quiver.

If you are good, eventually you will have more stories to stand on.