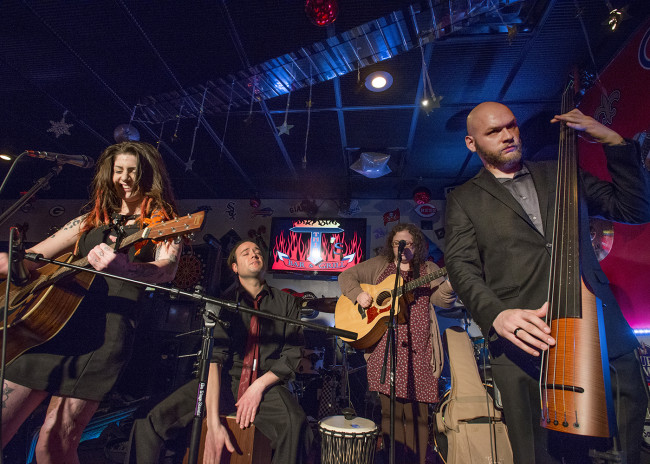 NEPA Scene was first introduced to Umbriel back in September when the new Scranton-based band won the audience vote during Week 2 of Season 2 of NEPA Scene’s Got Talent. We’ve been anticipating some recorded music from them ever since, so we’re thrilled to premiere their very first single, “Funeral Pyres,” exclusively on nepascene.com.

Formed less than a year ago by singer/guitarist Aarika Whittle, drummer/percussionist Anthony “Shiny” Montini, guitarist Katie Kelly, and bassist Grant Williams, each member of the group performs in other local bands or as solo artists, so when they come together, Umbriel produces a fluid, ever-changing sound that they describe as “acoustic indie soul.”

“Many of our songs vary in style, and we love to experiment,” Whittle told NEPA Scene.

“Our various songs are driven by many different components. Sometimes the bass or percussion are the heart and focus of the song. Other times, vocals or a lead guitar take over.”

“Funeral Pyres” was recorded by Mark Wohl of Wilkes-Barre lo-fi rockers Mock Sun and his own Wide Eyed Studios in the basement of a church, “which really added to the feel.”

“[This song is about] empowering those whose innocence was stolen. It’s a classic tale of good versus evil with many religious references, though religion is not the driving influence,” Whittle noted.

“Katie wrote the lyrics and came to us with a cool little guitar riff to start us off. From there, I came up with the melody, Grant wrote his bass line, and Shiny wrote percussion. We all came together to write the ‘big ending’ and layer our sounds.”

The track will officially be released on Friday, May 6 at Bones Bar (1110 Wilkes-Barre Township Blvd., Wilkes-Barre), where Umbriel will be performing with Zayre Mountain and National Anxiety. Limited edition handmade copies of the mastered single will be available with a B-side recording from the practice when they finished the song.

“It is a very good example of the chemistry we have when writing together. However, a lot of our songs take on different feels and sounds,” Whittle explained.

Their eclectic nature will be on full display on their debut album, which they are currently in the process of writing.

“This will definitely be a part of a larger full-length album that has a lot of elements yet to be determined.”

Read more about the band here and see photos from their show in Stroudsburg back in January here. 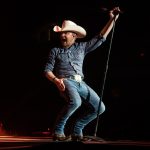