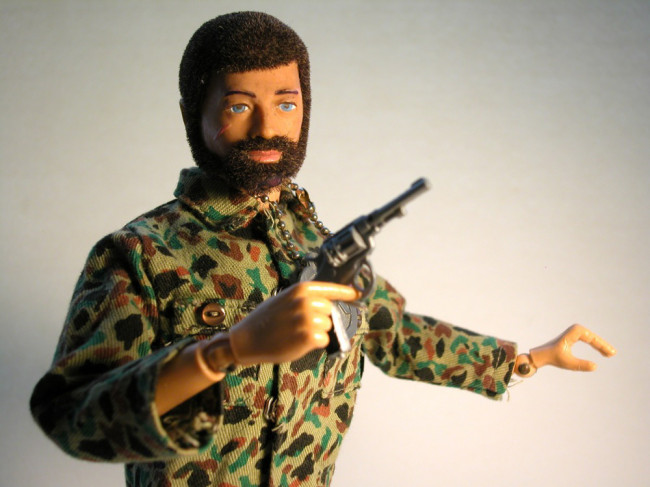 However, this time, it’s not due to your garden variety Uncle Fuddy tomfoolery.

Instead, I had a boatload of extra time with my most excellent best bud – my kid!

See, I had to miss a day of our regularly scheduled “Boysnight” festivities last week because I had the honor of being asked to play the wedding of a lifelong friend. So, to make it up, I got a few extra weekdays with him!

I didn’t have any appointments at the shop, so we hung tough together!

This weekend being Father’s Day, I figured I might just give you my impression of how awesome it is to be lucky enough to be somebody’s dad.

Last weekend and this week, we played tons of video games together. He tells me I need to have more imagination in “Minecraft” because all I do is build stuff (hugely elaborate, architecturally correct, ornate stuff, mind you…), and I beg him to please stop throwing potions and shooting arrows at me while I try to do so. Eventually, this degenerates into an “epic battle” and we switch to survival mode and kick the snot out of each other. This usually also involves a snack.

Actually, everything we do involves snacks. And flatulence.

Anyway, on Sunday, I hooked his kid kart up to my vintage (read: heavy) Trek just to see if I could still haul him. He’s 55 lbs. now. Fifty-five pounds. Wasn’t he the size of a loaf of bread, like, yesterday? Anyway, the cart weighs in at 22 lbs. and the bike is 30. Combined with the weight of my fat ass, my pegs were pushing around three bills.

We made it to Jermyn and back, around 20 miles round trip, and it was shockingly not hard. I’m extremely grateful for that fact because he hums little tunes as we go. I can hear his little voice singing in the cart behind me, and it is my favorite thing on this Earth, and when he finally does outgrow his little kid kart, I’ll only ever experience it again in my memory. So, weather permitting, we’re off again this weekend so I can hear him singing and humming some more.

We staged a massive G.I. Joe war (the 12-inch, fully articulated action figures with beards, scars, and kung-fu grip, not the crappy 4-inch ‘80s wannabe crap with that dumb Cobra crew!) that took up most of the bedroom and all of the house plants. After all, we only have them so we can stage jungle warfare scenarios.

We wanted pizza, but couldn’t find any delivery places open (we don’t do chain restaurant pseudo-pizza… pizza snobs are we), so we borrowed his mom’s car and drove to South Side to grab a pie from Alfredo’s, just because it was exactly far enough away to make it an adventure.

We had a marathon wrestling session, none of which I won, because he’s evil and underhanded and better at it than me.

We found out that his uncle Stymie has arranged for us to meet KISS. No shit, KISS! He’s 6 and he gets to meet the real Gene Simmons, his idol, in full costume, yo! I would have choked a puppy for that opportunity when I was his age! I’m afraid I’m going to fanboy out and cry and embarrass him! His uncle Stymie has no idea how much I love him right now!

Most importantly, in my opinion, we have a continuous soundtrack during these Boysnight/Boysweek festivities; we have our patented “dance parties.” These consist essentially of listening to an album, which he chooses by the cover art, on vinyl (yes, he can put a record on the turntable and drop the needle perfectly, without skipping. And he has been able to since he was three. Priorities.), followed by an interpretive dance session as the album plays.

I am also required to throw him into piles of pillows and/or spin him in circles until one or both of us hurls. Dance party.

I make sure to explain to him that you don’t just put music on and inactively let it kinda be heard. Listening is an active, participatory thing, and he gets that. He listens to songs over and over and remarks about the different things he hears that he hadn’t previously. It makes me insanely proud to hear my 6-year-old son make what is, in essence, a new discovery of an album I’ve listened to several thousand times. His take on it gives me new ears to hear it for the first time, again.

He loves KISS, he thinks ‘78 David Lee Roth is the bomb (his dad’s all-time favorite band is pre-1984 Van Halen. Sammy? Gary? Never heard of ‘em… and neither has my kid!), his all-time favorite band is Fun Lovin’ Criminals, and they’ve acknowledged that he is, indeed, the bomb diggidy of fans via social media when they commented on a video of him rapping their eponymous tune at age 4 I posted. “Everybody knows fat birds don’t fly.”

He requests jazz every evening art bedtime. “It really relaxes me; I love it,” sez he. He even has favorites. One that we share is Art Blakey and the Jazz Messengers. We both love virtually everything we’ve ever heard by them. He’s a huge Dave Brubeck fan, too and that impresses the crap outta me because it took me quite a while to develop jazz tastes that deep.

He loves the Bee Gees because, as he said when describing Barry Gibb’s signature falsetto, “They scream all the time and that is awesome!”

He has a serious thing for stoner/sludge/Southern doom. He’s really into heavy, slow groves. He says they make him want to “do battle.” This all stems from an instance where he was playing “Star Wars: The Force Unleashed” while we listened to Black Sabbath’s “Mob Rules.” When “The Sign of the Southern Cross” kicked in… “Break the crystal baaaaaallllll… Yeah!” he lost it and shouted, “This is an awesome song to fight bad guys to!” And it truly is.

We watch “The A-Team,” Ferrigno and Bixby’s “Incredible Hulk” series, and he loves “Emergency!” When we play it after watching, he insists on being Johnny Gage, which is fine with me because, as I get older, I realize that Roy DeSoto is way cooler anyway.

There’s a candy store a few blocks away – an old-fashioned, only-sells-candy candy store. We hit it once in a while to get supplies for our adventures. There’s four or five parks within walking distance, a trail along the Lackawanna River, and reclaimed strip mine lands that have reforested over the years and become a lushly green little woodland escape, complete with protected wetlands that play host to turtles, frogs, ducks, geese, and stuff. It’s also where we get our cat tails, sticks, and rocks. We have lots of those in the house.

Towards the end of our time together, we like to grab some sidewalk chalk, bubbles, and a radio and head out front. We sit on the porch, sipping iced tea in between sessions of trying to color every inch of the hydrant in front of the house, and listen to vintage broadcasts of “America’s Top 40.” We especially love the bizarre ‘70s one-hit wonders. Our personal favorite is Benny Bell’s 1975 gem, “Shaving Cream.” I remember how much it made my mom laugh in ‘75. I’m sure he’ll remember singing it with me in ‘16.

We watch cooking shows on the Create iteration of WVIA’s over the air stations, then we’ll try our hand at some of the recipes. He has a great interest in cooking and really enjoys helping in the kitchen. I give him free reign, save for knives and the stove, and he always rises to the challenge. We’ve accomplished some pretty great results with some pretty serious recipes, too!

Saturday nights, we do MeTV, from “Superman” to “Lost in Space,” never failing to make Jiffy Pop before “Svengoolie” comes on, so we’re prepared. “White Zombie” is far and away his favorite horror movie, followed by “Island of Lost Souls” (he randomly yells, “Take him to the house of pain! The house of pain!” in the most inappropriate places, too!).

I guess what I’m trying to say is this: out of all my accomplishments or successes, out of the very best of all things that have ever happened to me in my life, not one, no matter how epic, is even a blip on my radar compared to how amazingly wonderful being a dad to this boy is. That he decided to let me be his dad is my greatest achievement and always will be.

I’ll never understand these men who aren’t involved in their children’s lives. I don’t know what could possess them to stay away and, frankly, I don’t care. They are fools, and you couldn’t keep me away from my son if it meant I had to crawl over broken glass to get there. I sincerely hope that every absentee dad on Earth awakens to the supreme joy that being someone’s dad truly is.

Now, if you’ll excuse me, he’s due back for this week’s Boysnight festivities any time now!

I can’t reiterate enough how lucky I am to be a father to such a wonderful son. I love you, Gideon!