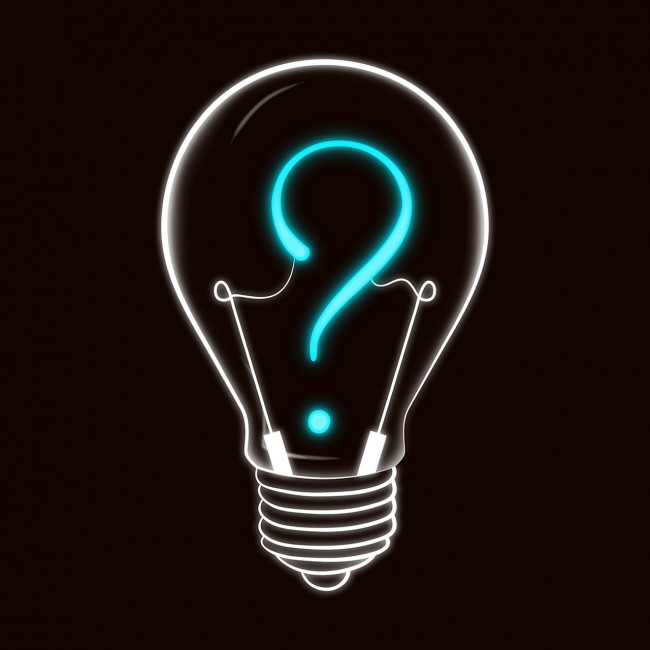 I have nothing to write about this week.

I’ve been sitting here trying to come up with something witty or relevant, and I just can’t do it.

I know there are such things out there, but none of them are grabbing me by the balls and yelling, “Yo! Lookit me!”

So, I’m sitting here at my kitchen table, chowing on a hunk of double crust white broccoli pizza and babbling.

Let’s see… well, I listened to virtually no music this week. Hold up, wait a second. That’s not really true. I’ve spent several hours tuned into various broadcasts on my dorky shortwave radio that have contained tons of ethnic folk music – Greek and Arabic, primarily, a little Cuban, and some stuff from Brazil.

Have you ever noticed that no matter where it comes from, almost all folk music sounds exactly like polkas? It stands to reason that countries with Germanic-based languages would but, oddly, Romantic language countries are sometimes even more polka-y than the Polacks. I have no idea why these things occur, but I will have fun finding out. I love that kind of thing!

Why do Fender single coils sound so different from a Gibson P-90 (the greatest pickup known to man, now and forever. You can disagree, but only if you have no problem with being totally and completely incorrect)?

I found out. My buddy, former co-worker, and guitar player/guitar nut extraordinaire Mr. Mark Gillis, informed me early into my foray into guitar nerdism that the reason is primarily in the pole pieces.

Pole pieces, for those non-guitar nerds out there, are the little metal things under each string on the magnetic pickup of some electric guitars. There are some that have on continuous “rail” or “bar” type pole, such as the much coveted Lloyd Loar-designed “Charlie Christian” horseshoe magnet pickup (my favorite version of which is the second incarnation, debuting in mid-1938 on the Gibson ES-150), but I digress.

Anyway, it turns out that although both pickups are rooted in the same magnetic principal (the metal guitar string, when plucked, vibrates above the pickup, which consists of a magnetic center, wrapped in conductive copper wire. This vibration creates a miniscule electronic charge, the magnet and coil functioning similarly to a basic turbine in an electric motor), the way it is applied is different. In a Fender single coil, the poles themselves are magnets, honed into cylindrical posts and collectively wrapped by the copper coil.

The Gibson P-90, however, has steel pole pieces positioned above the magnet, and because steel is ferrous, they conduct the magnet through them.

One of the advantages to the latter configuration is that the poles can be screwed in and out individually to control the output of each string. It also tends to produce a warmer, less brassy tone that reacts well to variations in string attack a little more subtly.

The advantage to the former is a fuller, brighter, and stronger output with a unique bell tone that reacts more dramatically to the volume and tone knobs. Six of one…

The size of the magnet, relative thickness of the wire, how the wire is coiled, the consistency of the gauge of the wire across its length, etc., are all variables that directly contribute to the tone of the output signal.

The point is, I knew none of that before I went digging for it. Luckily, Mark had already done some of the heavy lifting in the Fender/Gibson question. But the basics of magnetic pickup functionality, and the following nuances and variables, I picked up through continual study – a study which I still practice to this day.

Same with amplifiers – we need those because, as I said, the pickups only make a teeny weeny electrical signal which then needs to be amplified in order to be audible. So that’s why they call ‘em “amplifiers,” see?

Seems totally obvo, right? But had you thought of it that way before? Because I hadn’t until I did one day.

Hang on, my cat is high AF on catnip and just hurled a hairball on the linoleum. BRB.

OK. That was pretty gross. Anyway, where the fuck was I?

Oh, yeah! See, music, or anything to me, isn’t an end unto itself. It’s a portal to a greater understanding, an entrée to an entire universe of other information, each parcel of which sends me off on another tangential journey of learning stuff… it’s fucking awesome, yo!

I got the same cerebral high from learning about how and why various tone woods made different models of guitar sound or play differently and how even the slightest variations in the wood could alter those same things, as well as how the wood could, would, and might actually deviate one tree, plank, hunk, or splinter from another. It fascinates me even to type it out here, and every sentence that appears before me is as mesmerizing as it would be had someone other than myself written it.

School, well… school was another story.

What I observed in school is that actual learning was not encouraged. To the contrary, it was actively discouraged, and kids like myself and crew who asked too many questions or who weren’t satisfied going along to get along weren’t put into the gifted class, no no. They sent our asses to Vo-Tech (which I proudly attended and can happily say made tradesmen out of all of us too “dumb” or “disruptive” for regular school and guaranteed us all a lifetime of happy, gainful employment. Who’s the dumbass now, American educational system? Suck it.).

All of this pertains primarily to grammar and high school, however. College was significantly different, but with its own brand of fucked upedness.

So, needless to say (why do people say that, and then say what was needless to say anyway? I think I’m an unwitting participant in the baffling of the American reader…), I didn’t fare well in school. I had read all of their “required reading” by the time I was about 11 anyway, so they had nothing to offer me, and I can’t blame them for their attempts to subdue my spirit in an attempt to create another little oblivious worker bee because that’s their job. But my job was and is to never submit.

So I learned things, despite them.

I learned how to use my native language as a weapon, a defense, to charm, persuade, destroy and – what I enjoy using it for most – being funny.

Stupid people are never funny on purpose, so you’re never laughing with them. All of the guys I grew up with were and remain the funniest people I have ever met. Adversity? It’s funny. Mom dies? Funny. Dog dies? Funny. Girlfriend leaves you? Funny.

An aside (amongst a labyrinth of asides) – when a particularly vicious breakup befell a friend and he was in the throes of misery and regret, I asked him simply if he had actually loved the woman in question. After a long pause, he looked me dead in the eye and, with absolute sincerity, he replied, “Well, I love my dog.”

We fell apart laughing and, wouldn’t ya know it, he never looked back! Good shit, humour.

But back to somewhere near my point – humour only works if you’re smart enough to understand what’s funny. Serious, stoic members of the establishment aren’t that way because of the weight of their responsibilities. They’re dumbasses. Who but a dumbass would want to have a job that requires you lie to the masses about every facet of your existence?

Those who constantly grumble about the above folk and never just rip into them with some humour in order to level the playing field are also dumbasses and deserve the plight they refuse to rise above, as water seeks its own level.

Learning shit is fun, yo! Shortwave radios? Last year, I didn’t know a thing about them except that they could get signal from around the globe. My dad had one at his mom’s house when I was a kid and we used to play with it. That planted a seed and it finally bloomed last year when I got curious enough to buy a SW radio for myself.

I have since not only learned how solar flares, sunspots, the temperature of the ionosphere, time of year, time of day, and directionality of both the transmitting and receiving antenna affect reception, but I have built my own, relatively complex tunable loop antenna out of the ceiling of my kitchen. And I learn more about it every day! 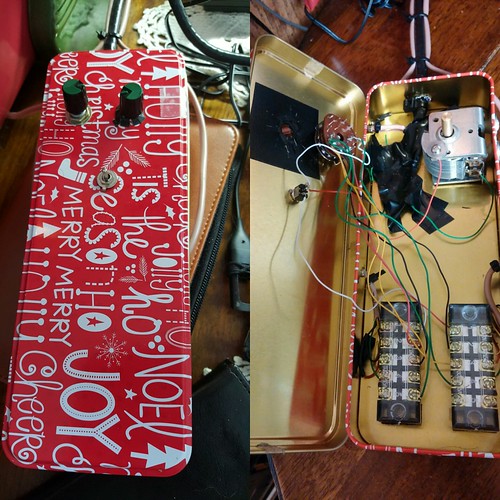 I really make an attempt not to limit myself to things I like, as well. I delve into things that are of no interest to me too, generally out of a fascination as to why others are so into these things or subjects.

Politics and religion generally mean squat to me, save my disdain for all politicians, zealots, and authority figures of any stead in general. Therefore, people who recite party slogans and regurgitate dogmatic rhetoric ad nauseam without so much as an instant of thought about what they are actually saying, why they are saying it, and what the consequences of their rhetoric is, however, annoy the fuck out of me.

Especially if I didn’t damn well ask them.

So, effective, deadly rebuttal becomes of great interest to me.

I can’t combat, defend against, nor educate these folk if I don’t have at least a cursory knowledge of the ideals they claim to espouse, so I familiarize myself with the dogma and doctrine and I learn.

I, in turn, learn what their standard rebuttal to my insights will be and how to disarm and overthrow these rebuttals by returning fire from an unexpected direction.

If you learn about everything, you are never unpleasantly surprised, rarely ambushed by the unknown. However, in the unlikely event that you are, if you learn voraciously, then there will either be an example elsewhere in your experience at your disposal to arm yourself with, or you’ll have either learned something new or become aware of something you need to learn, and despite their place of origin, those are all good surprises! We like good surprises!

So go learn something. Especially any kids reading this.

Then you can tell those old fucks who like to say “Youth is wasted on the young” to go cram it!

And that always feels good!